Thank you from the bottom of my glass for being faithful readers of Le Continental. In 2015 I’ll be posting more about my recent Spain and Ireland trips, as well as about more vintage American restaurants (it seems I’m always remembering ones I still need to post about, especially in Los Angeles, which I’ve barely covered).

But today I would like to reflect on the past year or so. We’ve lost a lot of great classic time-travel restaurants in the past couple of years here in the Bay Area and around the country. In 2013 the greatest local loss, in my opinion, was the closure of Bella Vista, the last true great Continental restaurant in the Bay Area. They had excellent food and service up to the end of their 70 years in business, as well as wonderful vintage atmosphere at a stunning site among the redwoods south of San Francisco with amazing views. I still miss it all the time and there is no substitute in the area.

This year we lost so much (but thankfully got one back already). Closed in January alone: Trader Dick’s in Sparks, Nevada (became a Gilley’s), Joe’s of Westlake in Daly City, CA (sold by the owners to Original Joe’s, to reopen in 2015), and The Big 4 at the Huntington Hotel in San Francisco (closed for remodeling by the hotel’s new owners). Thank goodness the Big 4 reopened in May without much altered (mostly new carpets). I’ve recently dined there and can say without reservations that the atmosphere and service have not changed one bit (a good thing). I thought the food was overall a bit better before (a new chef took over this year), but some of their best dishes are still on the menu and as good as ever (the pork chop and lamb shank come highly recommended). But stick with the entrees because the puny appetizers seemed too pricey. 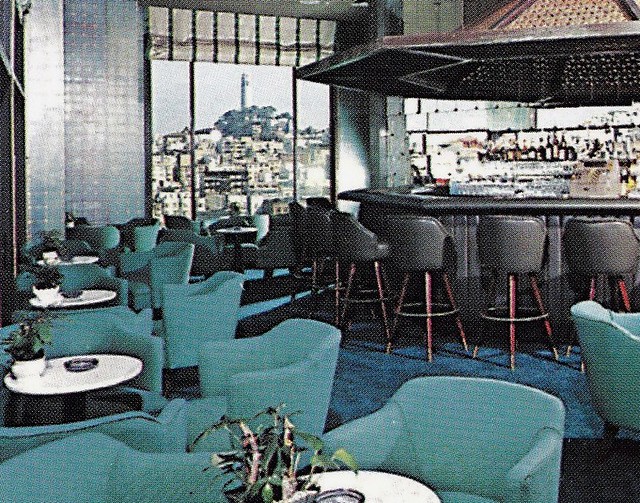 Chinatown has not fared well in the recent economic boom in San Francisco. As property values rise to astronomical levels old businesses can no longer afford to operate, or property owners sell while the getting is good. In 2012 divey Chinese restaurant Sam Wo closed after over 100 years of operation. And yesterday was the last day of business for the once-elegant, but sadly worn and almost forgotten in recent years, Empress of China. Faded royalty that closed for a condo development. Its closure got tons of media coverage (strangely, considering it never was very popular before) unlike Tommy Toy’s closure in 2013. Tommy Toy’s was newer (1985) but famous, also a celebrity hangout in its heyday, and was beautifully elegant with reportedly excellent food and service (sadly, I only went once for a cocktail but never dined there).

I loved hitting the Empress’s original 1968 bar for happy hour – too-sweet Mai Tais and greasy appetizers with amazing views of Coit Tower. But as a dining destination I thought the food was overpriced and mediocre, especially compared to so much great Chinese food around the city. And the service was always pretty cold, and sometimes downright rude. Which made it doubly sad to see it close. You could almost see the writing on the wall. Maybe if the food and service were better…. Remember when the Tonga Room almost closed about 5 years ago for a new Fairmont Hotel tower development? I would like to believe that Tiki aficionados, who rallied to save it, prevented its demise, but that wasn’t the case. Even a study of its historic value by the city didn’t save it. What saved it was a lucky break when the city rejected the new tower’s design as inappropriate for the neighborhood. The developer pulled out in the weak economy and the Tonga Room has since experienced a revival. Recently improving their food, cocktails, and service undoubtedly helped. But in today’s economy we may not have been so lucky.

Can increased regular business save these classic places? Perhaps. Maybe if the Empress had improved their food and service while retaining the atmosphere (with a cleaning) more people would have visited over the past 15 years. It seemed to mainly rely on walk-in tourist trade. In the case of Joe’s of Westlake, I don’t think improved food and service would have prevented the owners from selling the restaurant. They decided to sell because they chose to retire and needed the money. Besides, it was usually busy so it didn’t close from lack of business.

I do believe that increased business can help classic restaurants stay open. Maybe not in every case, but it certainly can’t hurt. And if the owner does decide to sell and the restaurant is doing well, the new owner may decide to continue to operate it (like what happened to Joe’s of Westlake), rather than it being torn down for a drug store or Starbucks.

So, my plea, dear readers, is for you to visit the restaurants and bars on these pages, often, before they are threatened. It may save them and certainly can’t hurt. Let’s all make a pledge to visit an old restaurant once a week in 2015. It’s fun to become a regular at places where a veteran waiter cares about the food, service, and its clientele (something lacking at chain restaurants). Why not start a small dining group (or two) that visits a classic, historic restaurant once-a-month or so? I’ve been in such a group for five years and I always look forward to our next adventure in dining. 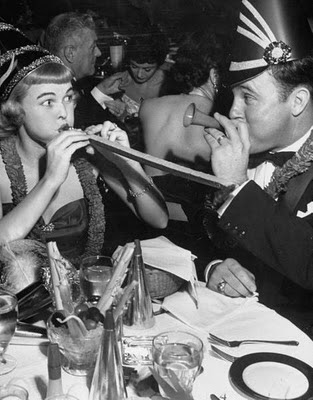 1 thought on “New Year wishes and some reflection…”