I grew up in San Diego and spent my early adulthood out and about on my Lambretta motor scooter almost every night of the week. But even after I turned 21 I wasn’t keen on hanging out in bars. The usual crowd in most San Diego bars were either older folks (which I appreciate now) or young surfer-jock types that I usually didn’t get along with. There were a couple of exceptions, like Pal Joey’s that had good bands (such as the Paladins in their early days). But in the late ’80s things changed with the opening of the Casbah Club and the Pink Panther bar, which really got things going as far as bar culture in San Diego. The Casbah was a live music club while the Pink Panther was just a dive bar taken over by cool people, with good music provided by DJs most nights of the week. You could always count on a fun and hip crowd at either venue, many dressed in vintage attire as that was when the rockabilly/swing scene really got going (along with a lot of the Mod scene that had not moved away or “settled down”).

It was around this time when I started visiting some of the vintage restaurants and bars that remained in San Diego, with friends who had the same appreciation for what remained of classic places with style where you could go gussied up for a night on-the-town and fit right in. The Red Fox Room was one of the best of these, and it remains pretty much the same to this day. I will remember fondly the nights at the piano bar (one of many in San Diego that are still going – more on those in later posts) when Shirley Allen was on the keys. Sadly, cancer took her away in 2005 after 15 years playing lounge standards with friends sitting in on various instruments. The Red Fox Room opened in 1959 on U.S. highway 80, taking over the restaurant space next to the Lafayette Hotel (formerly the Imig Manor), which originally opened in 1946 and is a great place to stay in San Diego. The interior decor installed in the Red Fox has a fascinating history. Many of the wood treatments (such as the fireplace mantel) were created in 1642 and installed in an inn in Surrey, England (which first opened in 1560). In 1926 the Inn was dismantled and the carved wood, bar, and back bar all were shipped to the U.S. and installed in actress Marion Davies’ beach house, which became a hotel in 1947. Sometime in the 1950s part of the interior was removed, the hotel demolished, and some of the interior from the old Surrey Inn was installed in the Red Fox Room. When you visit, try to explore the dining room, bar, and foyer and look at the beautiful detailed woodwork (hopefully without bothering other diners!). 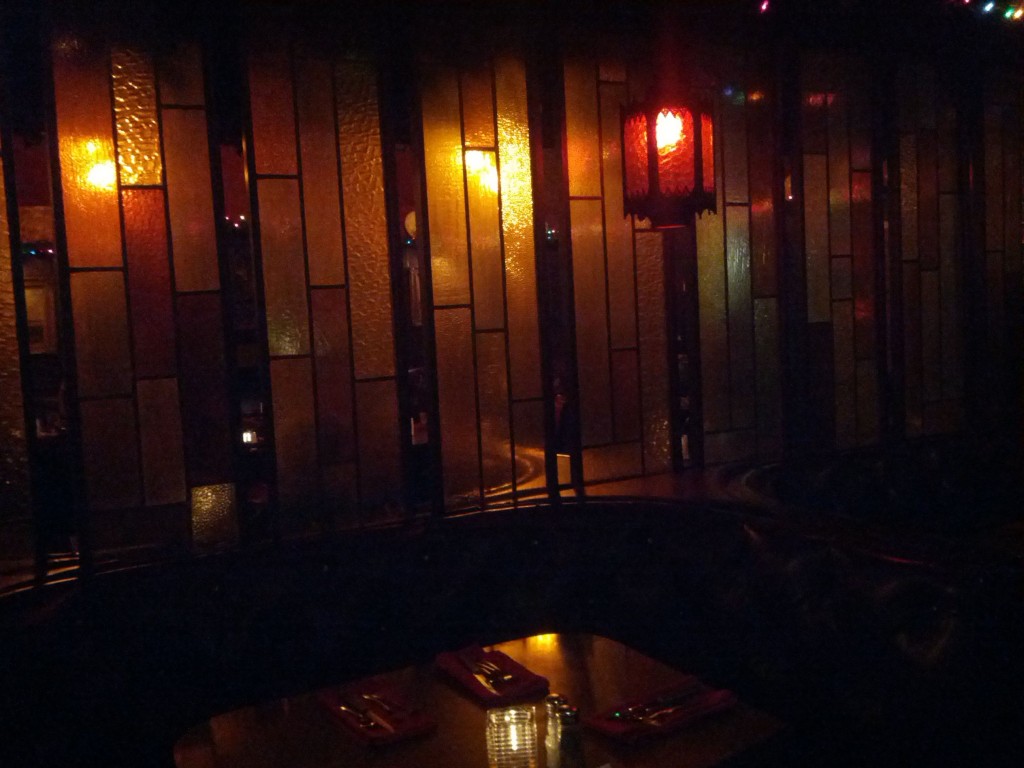 Now on to the food. The restaurant is a steak house so I recommend the steaks of course. The steaks are aged choice beef and an excellent value, ranging from a low of $18.95 for a top sirloin to a high of $23.95 for a filet mignon. I usually get the regular sized New York steak, but on my last visit in December I went twice so I tried the filet as well as the New York. I preferred the New York’s flavor because of the extra marbling, but I thought the filet was very good, a real bargain. All steaks come with a chilled relish dish, a nicely chilled salad w/ homemade dressing, choice of baked potato, French fries, or rice pilaf, and garlic cheese bread – yum! All the sides were quite good so you can see what a good value dinner is here. The drinks are also a good value – they are strong yet inexpensive. And they use Old Crow in the well, which is one of my favorite cheap bourbons! 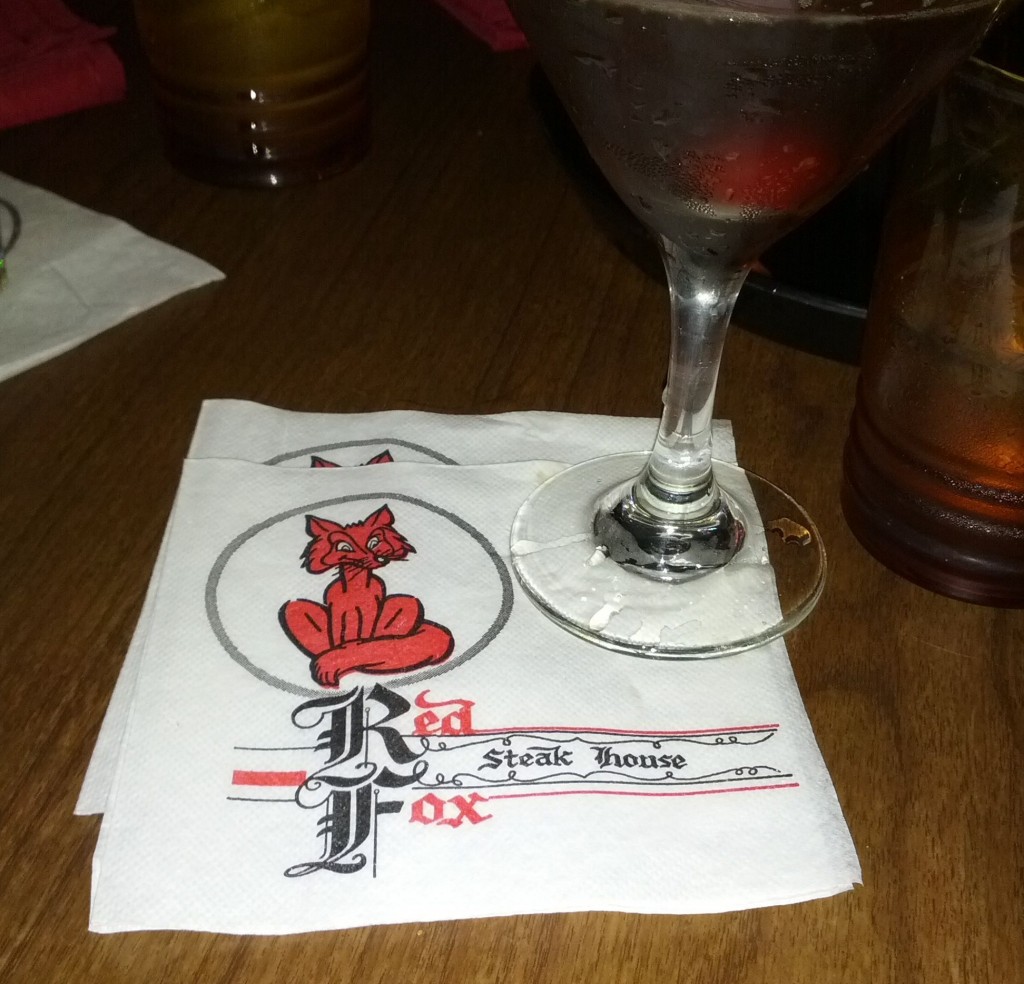 The Red Fox Room is one of my favorite steakhouses in the country, for the decor, atmosphere, food, and good service. The steaks won’t knock you out, but at these prices they are a bargain. So dine there and then snag a table in the piano bar for some good jazz and standards – a wonderful evening back in time! Even better, book a room at the recently refurbished Lafayette Hotel and make a night of it!