Marcel Lamaze was a famous chef and maître d’hôtel in Hollywood during the heyday of the 1930s through the 1950s. He opened his Cafe La Maze on the Sunset Strip in 1938. It was a popular celebrity hangout, with regulars including James Cagney, Spencer Tracy, and Pat O’Brien. 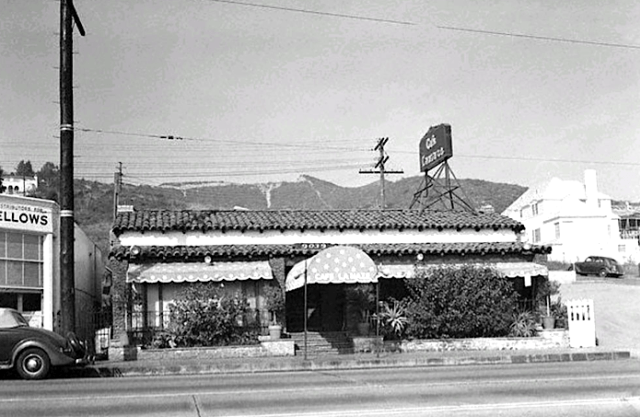 Marcel Lamaze was also maître d’hôtel at the Earl Carroll Theater and at Ciro’s (formerly Lamaze’s Club Seville). He was chef at The Kings restaurant from 1951 to 1954, then maître d’hôtel at the Moulin Rouge, which replaced the Earl Carroll Theater, until his death in 1960. In the 1940s his Cafe La Maze in Hollywood became Sherry’s, later the Plymouth House, Gazarri’s, Billboard Live, and finally the Key Club, which closed recently (no relation to the Key Club bar at Cafe La Maze in National City – see photo below).

According to the web site for Cafe La Maze in National City, Marcel Lamaze opened the restaurant in 1940 to serve Hollywood celebrities who traveled across the border to gamble in Tijuana. However, there is no evidence of Marcel Lamaze’s connection to the restaurant in National City and city newspapers show that the restaurant was opened in 1940 by Jimmy Thompson. Nevertheless, reportedly it was a popular gambling stop with a secret gambling den on the second floor (in 1947, Thompson was arrested in a midnight raid on the establishment to enforce ant-gambling laws) and had a reputation for excellent food so it became a special destination for a fancy night out. 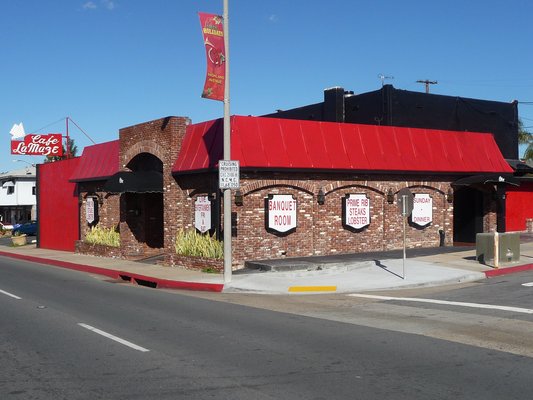 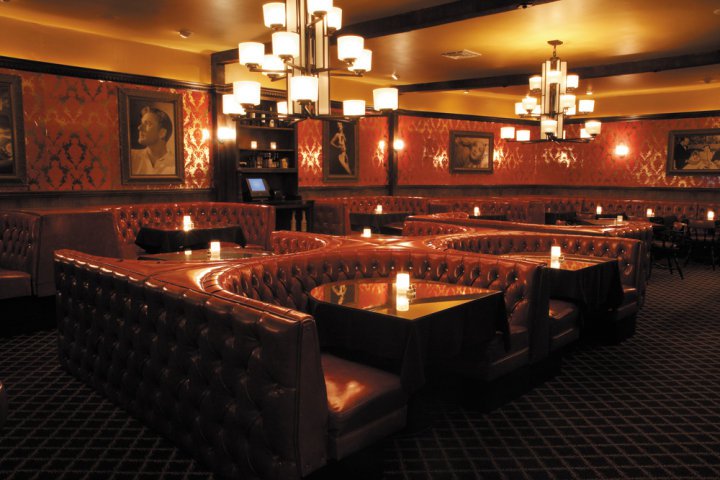 In 2008 Adam Cook and Cuong Nguyen bought the restaurant. Their designer Michele Gonzalez has done a wonderful job redecorating the restaurant into a classic steakhouse with acknowledgements to the history of Marcel Lamaze as a Hollywood host. There are tufted red booths, red and gold flocked wallpaper, mid-century chandeliers, and photos of Hollywood celebrities from Marcel Lamaze’s era. The menu specializes in Prime Rib and steaks, which are hand cut, as well as seafood. The restaurant makes its own blue cheese dressing and soups from scratch. Despite the foggy history of the place, it is a fact that it is a historic restaurant in San Diego and we are grateful that it has survived for 75 years, and we hope it keeps going for a long, long time (maybe to 100 years old!).