Before I start posting about my recent trip to Germany and Scotland I thought I would mention a place that came to mind today which I have not visited yet.The last time I was in Hawaii was over ten years ago. We visited a few classic restaurants that we had heard about on Oahu (including the Polynesian La Mariana Supper Club in Honolulu) and on Hawaii (The Big Island). More on those when I dig out my Hawaii photos. But recently I heard about a classic restaurant that I had not known about before: Hy’s Steak House in Honolulu.

Hy’s opened in 1976 (I can hardly believe that was 36 years ago), though it looks much older. It started as one of the Canadian chain of Hy’s Steak Houses that started in 1955, but it is no longer part of that company. The decor is a classic plush Old English gentlemen’s club / library setting. 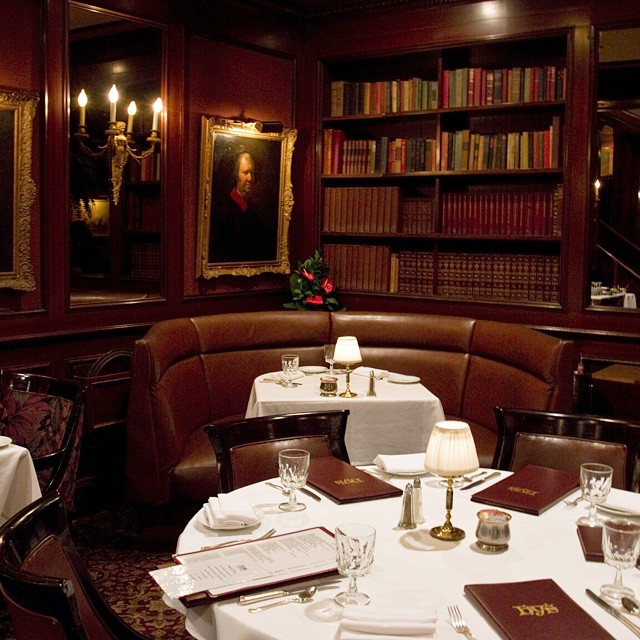 The menu includes Caesar salad prepared tableside, USDA Prime dry-aged steaks broiled over Hawaiian kiawe wood, Chateaubriand for two carved tableside, and flambéd desserts such as Bananas Foster and Cherries or Strawberries Jubilee. In other words, classic American steak house fare that we all know and love. Please go there and report back here or I will be forced to go back to Hawaii (darn). 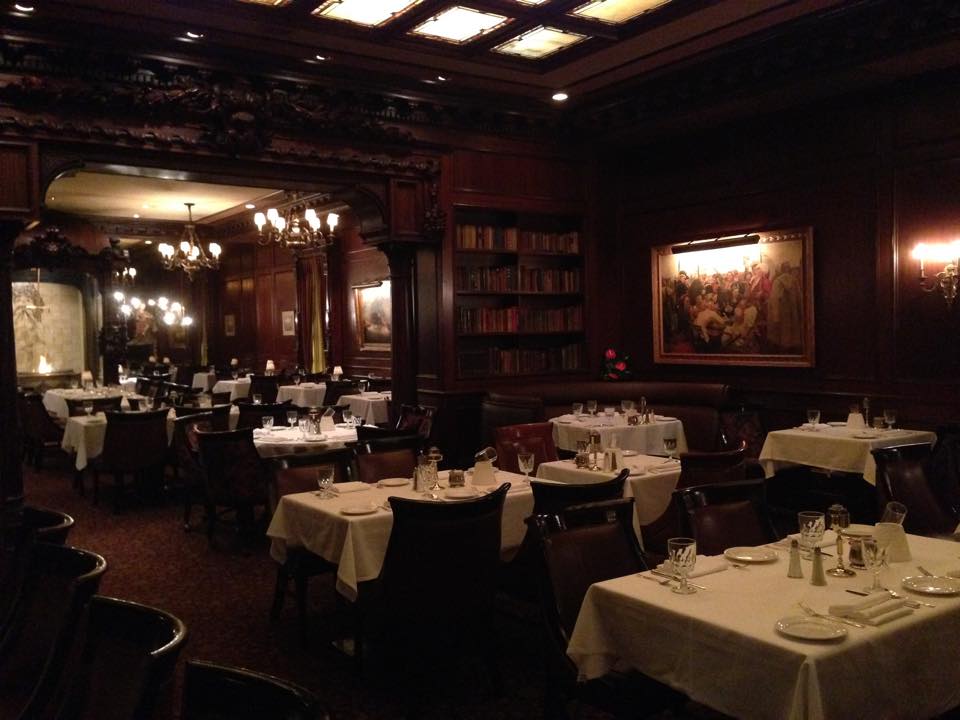