UPDATE: The Cape Cod Room closed at the end of 2016 after 83 years in business. The Coq d’Or Cocktail Lounge is still open as of June, 2017.

Chicago, like New York City, has very few original, non-remodeled classic restaurants left. Perhaps because restaurants in thriving urban metropolises like Chicago, with so much restaurant competition for diners’ dollars, feel they need to stay contemporary to compete. There are still a few gems, however, and the Cape Cod Room at the Drake Hotel is one of them. 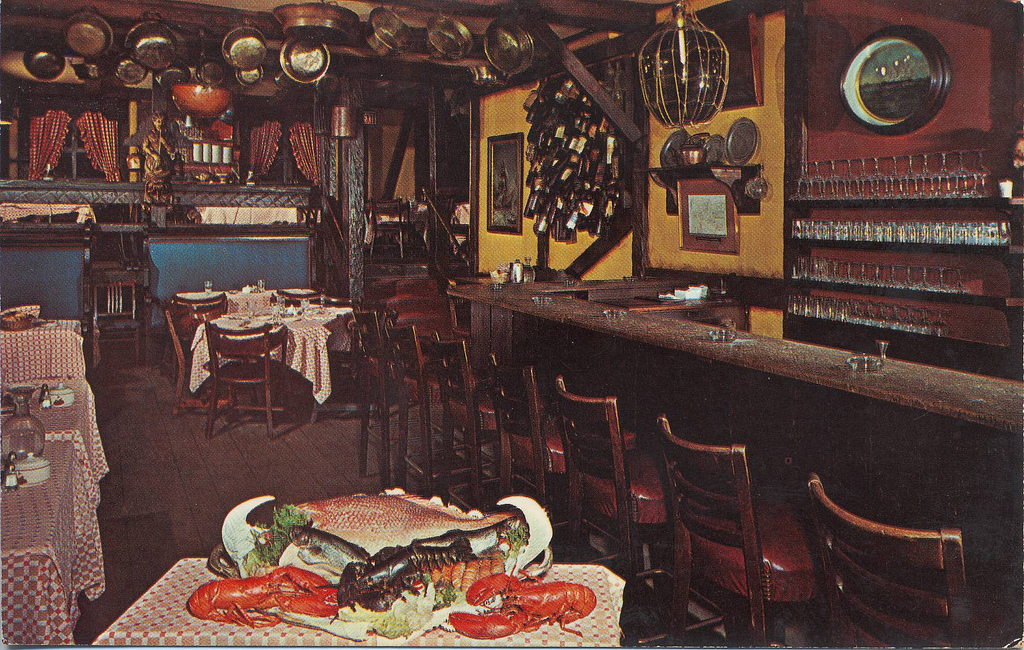 The historic Drake Hotel opened in 1920, and is known as one of a trio of grand Chicago historic hotels, including the Palmer House (1875) and the Hilton Chicago (1927). Many celebrities, heads of state, and international diplomats have stayed at the Drake and dined at the Cape Cod Room, which opened in 1933. Gone are the checkered tablecloths, but the nautical restaurant and bar still looks much the same today. I last visited the Cape Cod Room in 2010, and I recall having their specialty Bookbinder soup, a tomato stock soup with red snapper and sherry, that came with a small carafe of sherry on the side to add as you wish. They have served Bookbinder soup this way at the Cape Cod since 1967, but the soup probably originated at Bookbinder’s Restaurant in Philadelphia (which sadly closed in 2009, after over 100 years in business), and was originally made with turtle. Download the Cape Cod’s recipe here. No visit to the Drake would be complete without having a cocktail at the beautiful Coq d’Or cocktail lounge, which opened the day after prohibition ended, on December 6, 1933, receiving the city’s second liquor license (the Berghoff Restaurant got the first). The bar’s name came from the French title for the popular Russian opera of the early 20th century, The Golden Cockerel. The bar is mostly unchanged from this vintage postcard view, despite a recent restoration. There is piano entertainment on Friday and Saturday nights and a full menu is served during lunch and dinner. 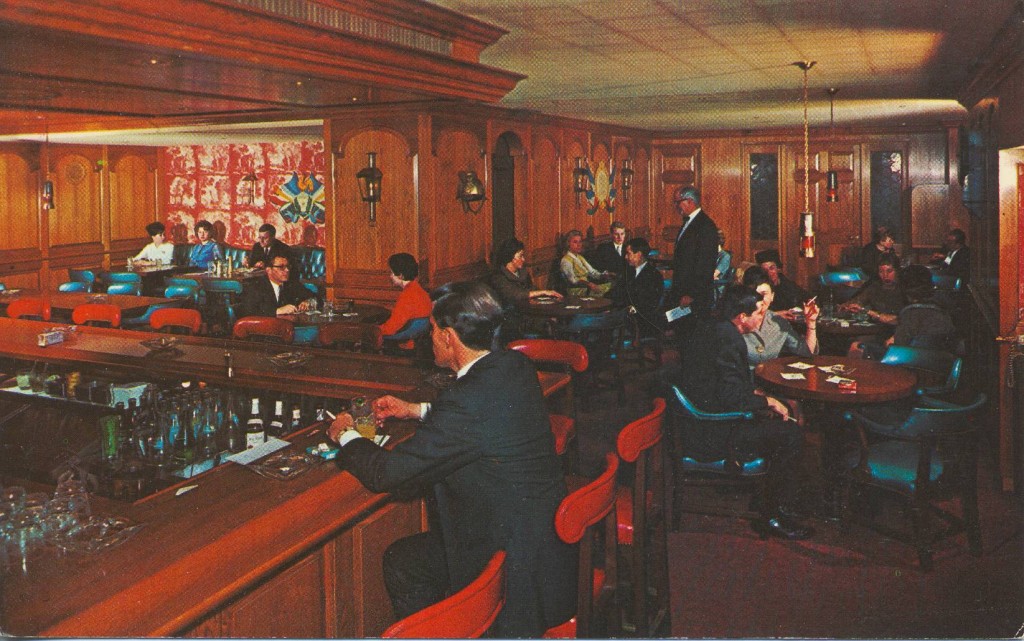 Vintage postcard of the Coq d’Or from The Jab’s collection. From the postcard back: “Warm with Butternut wood paneling, it recalls the “gentleman’s drinking room of the early 1800’s”. Coq d’Or was opened one day after Congress repealed the Volstead Act. It is a favorite Gold Coast spot for cocktails and after the theater parties, featuring a special luncheon and late-night snack menu.”

The bar is still very much the same. I especially liked the rooster decorations visible in this recent photo. I had their Executive martini (gin, of course) and it was huge. I’m normally not a fan of jumbo cocktails because they don’t stay cold before you can finish them, but this one was served ice cold in a large snifter filled with ice so you could medicate at your own pace.