This blog is primarily intended to celebrate classic and historic restaurants that still exist, but occasionally I will be posting about a restaurant that is gone or recently closed. 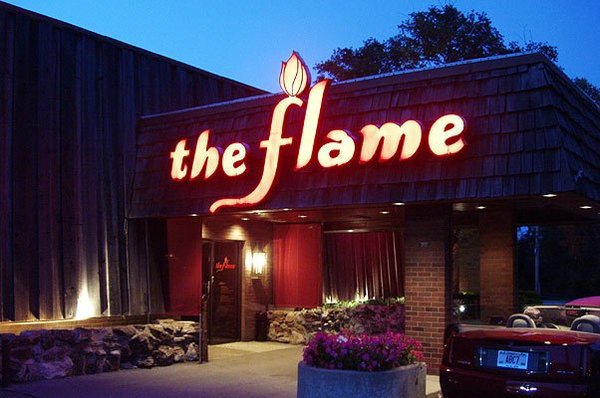 The Flame was opened in the suburbs outside of Chicago in 1958 by Peter Makris. 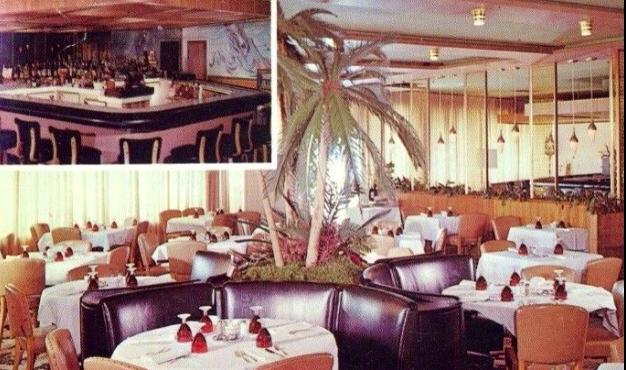 It was remodeled sometime after the postcard photos above and below were taken. 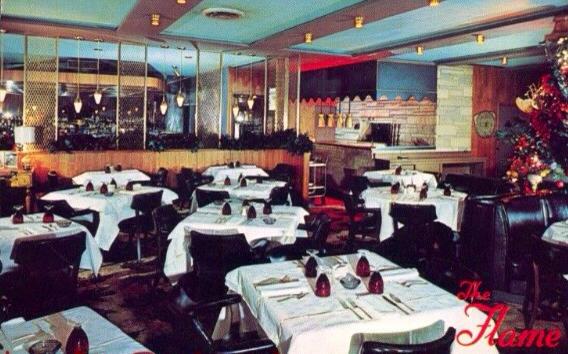 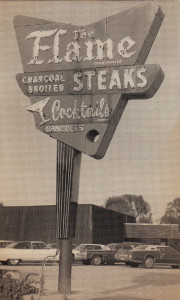 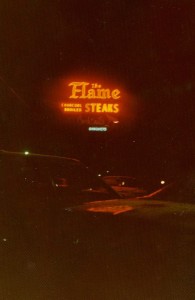 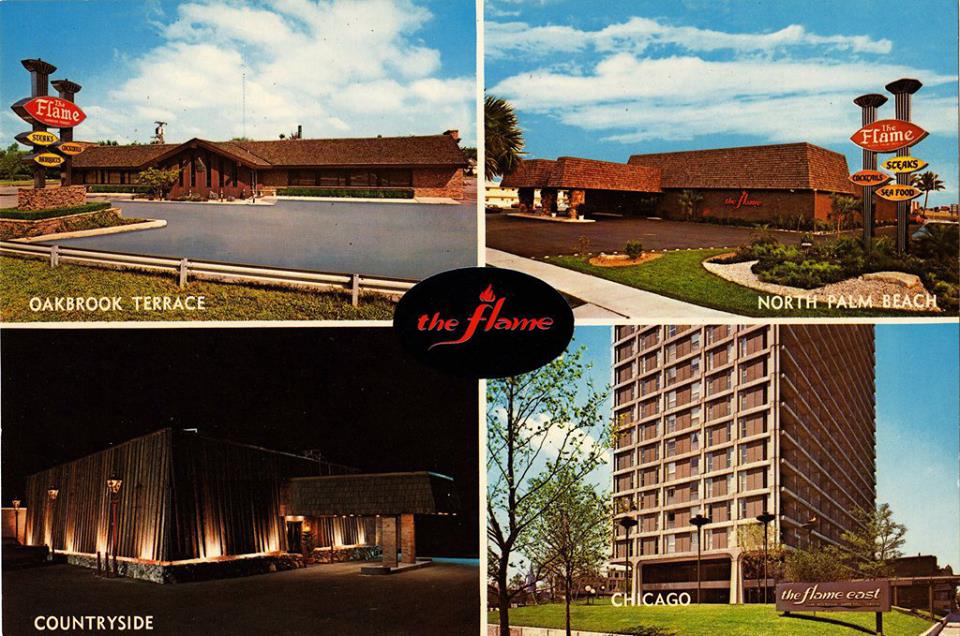 In its heyday The Flame restaurant expanded to locations in Chicago (The Flame East in Lincoln Park Tower, which was reportedly frequented by employees of the Playboy Club) and Florida (in Palm Beach, North Palm Beach, and Stuart). The chain also opened several locations of Lord Chumley’s Pub in Florida and one in St. Charles, Illinois (still there, but remodeled). 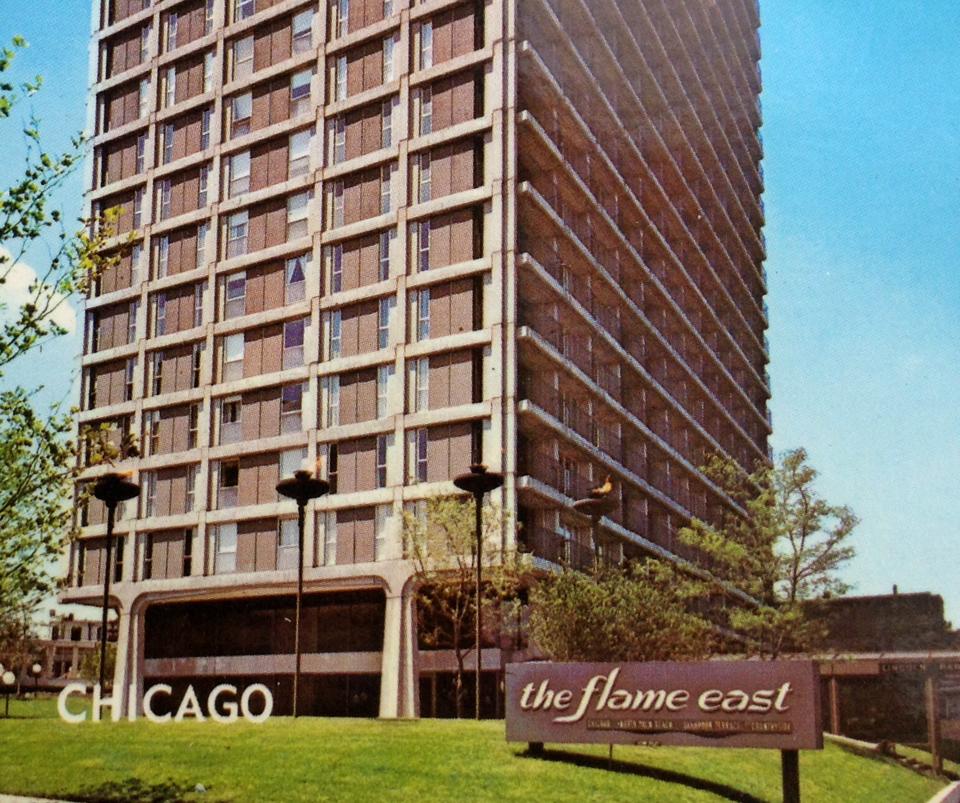 Many celebrities and sports figures were regulars at The Flame, including Evel Knievel and Jack Costanzo, the famous drummer who performed there every Saturday night in the mid-1990s. 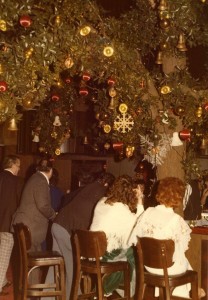 tree lounge in the 1970s, – photo from The Flame facebook page

Inside the bar was a large tree covered with flowers and colored lights, and Christmas ornaments in season. I’m not sure when this feature was added as it doesn’t show in early postcards, but it was known as the Tree Lounge eventually. 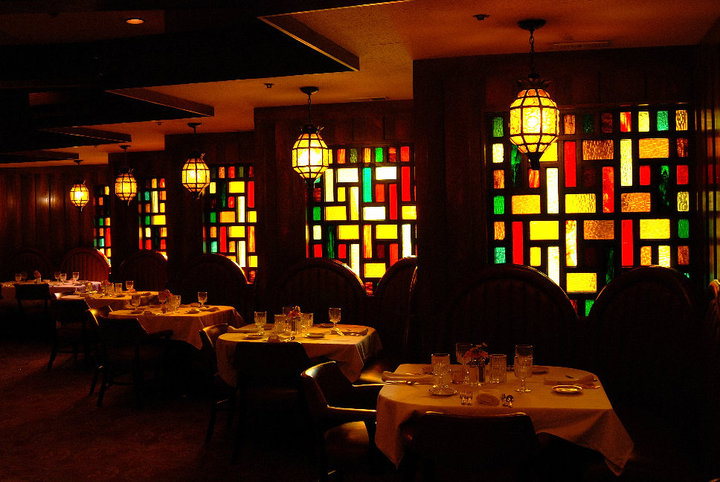 In 2003 I dined there and it looked like it does in the more recent photos above and below. 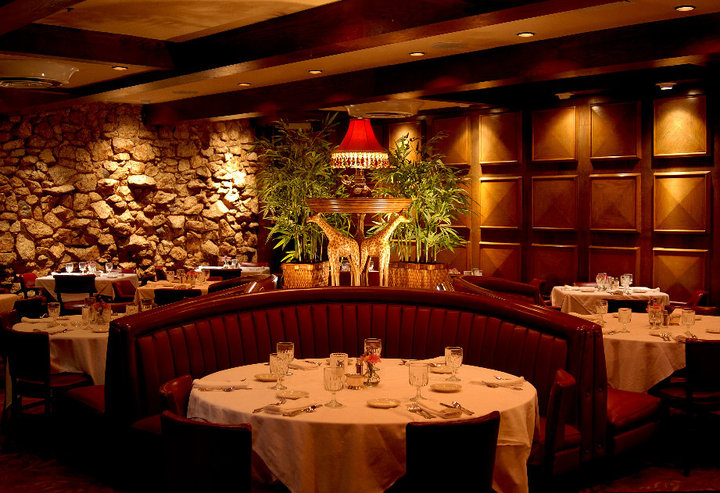 I don’t recall much except we ordered steaks. I always wanted to return but never made it out there on subsequent visits to Chicago in 2005, 2007, and 2010. 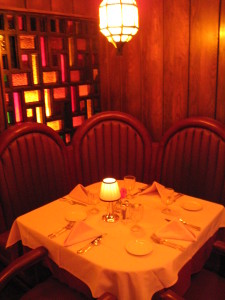 Sadly, in 2012 the owner, Peter Makris’ daughter Nanci Makris, passed away. Her family decided to close the restaurant at the end of the year. 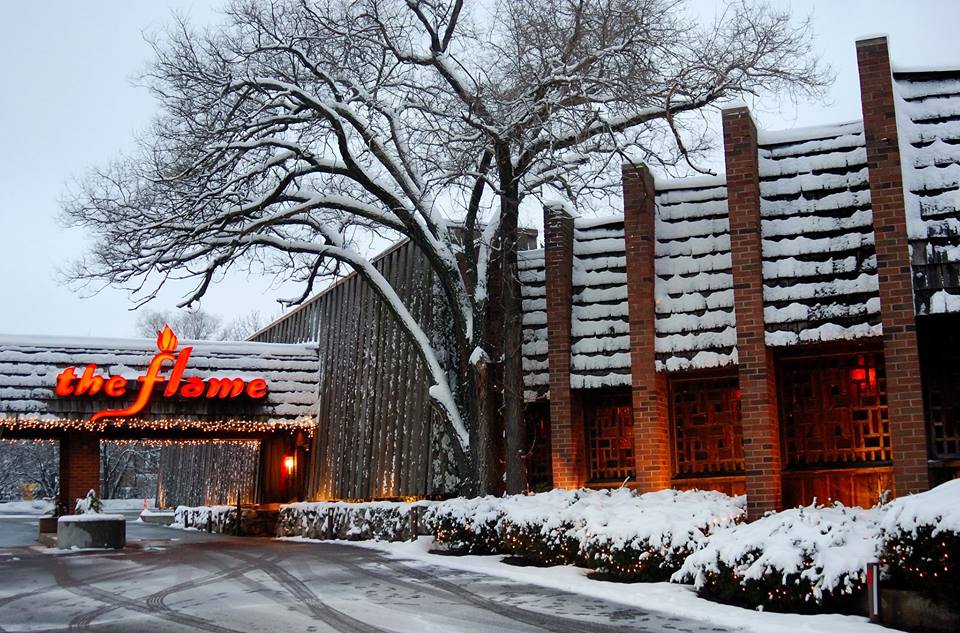 The Flame had a final blowout on New Years Eve, 2012. Local photographer Jeffrey C. Johnson created a book with photo memories of the closing night at The Flame. Also check his Flickr for some great photos of The Flame.

The building has been stripped and remodeled for a new restaurant called Outriggers Flame. A few of the elements of the original decor are still there, such as rock walls and wood paneling (strangely, not an outrigger is to be found), but the tree lounge, booths, stained glass, and lamps are gone.