If you are planning on touring California’s Gold Country along historic highway 49 (an area with plenty of fascinating Gold Rush history as well as scenic beauty), you are encouraged to make a short side trip on highway 88 to the town of Pine Grove, near Jackson, for an Italian dinner at Giannini’s and perhaps after dinner some outstanding ice cream at Munnerlyn’s Ice Creamery down the street (highway 88 is also a good seasonal alternate route to Lake Tahoe and the eastern Sierra that passes by some pretty lakes near Carson Pass). 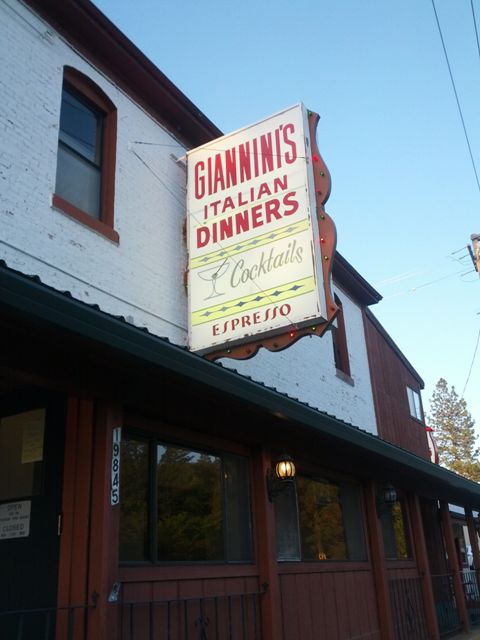 Giannini’s history goes way back to 1933, when Al Giannini, Sr., and his wife Rosalie opened Giannini’s Restaurant in the Bay Area. It soon relocated to San Pablo Avenue (then U.S. highway 40) at San Pablo Dam Road in the city of San Pablo and was renamed the Lighthouse Inn because there was an actual working lighthouse as part of the building! It became a popular dinner & dancing nightspot in its heyday of the 1930s and 1940s. By the 1960s times had changed and the Lighthouse Inn featured a topless dancer, Kelly Iser. But the city didn’t like that so they arrested her and the owner, Al. Attorney Ken Parson of Richmond fought the indecent exposure charge on First Amendment grounds all the way to the U.S. Supreme Court and won, setting a legal precedent for adult entertainment in the country. In 1972 the building was razed for a shopping center.

That same year Al Giannini, Jr., and his wife Pat opened Giannini’s Italian Dinners in a historic building in Napa, which was built as the Brooklyn Hotel in the 19th century as a boarding house for Italian mine workers and lumberjacks. A previous owner, Dave Cavagnero, was known as the Mayor of East Napa (the Italian-American community in Napa). He ran a popular tavern in the hotel called Dave’s Place, even brewing his own beer during Prohibition. The tavern had a Philippine mahogany back bar, which dated back to the hotel’s opening, that is now in the bar at Giannini’s in Pine Grove. I can’t find any information online giving the year that Giannini’s in Napa closed (if you know please comment on this post). 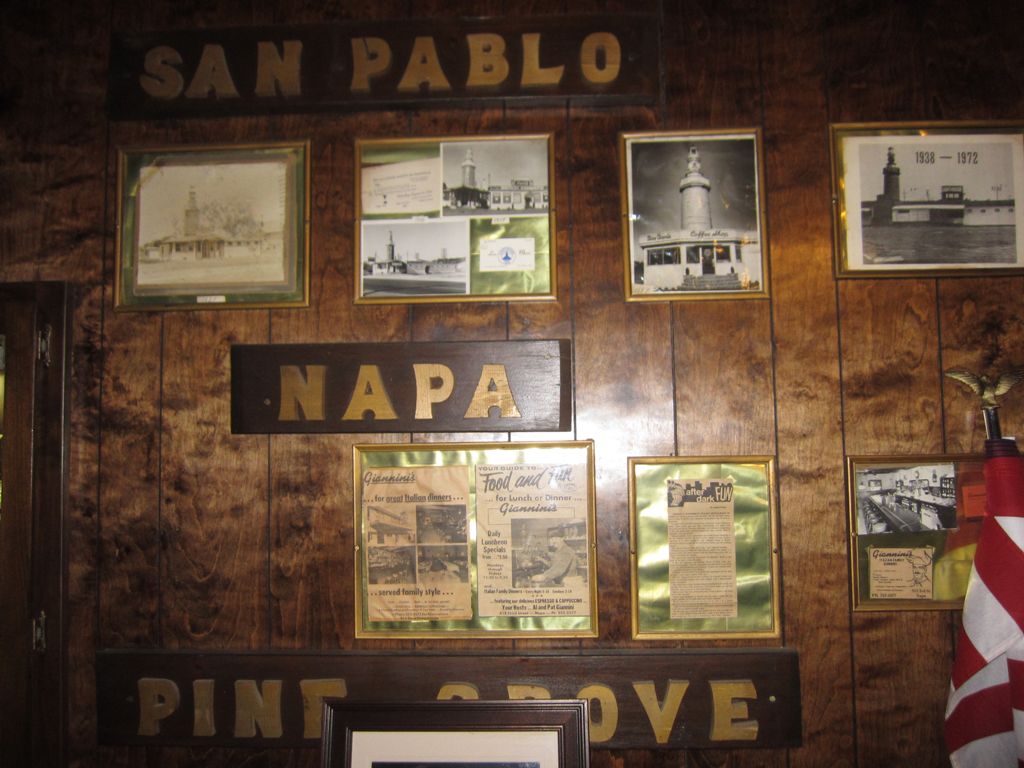 Be sure to check out the old photos and clippings of the previous Giannini’s restaurants near the cashier’s stand. photo by The Jab, 2014

In 1977 Al and Pat opened Giannini’s Italian Dinners in Pine Grove, in a building that was previously the El Pino Club (Al knew the area from visiting the Giannini ranch near Jackson). The site was an inn on the stage route called the Pine Grove House since 1856 (destroyed by fire and rebuilt a few times in the 19th century). The present building was constructed of 100,000 bricks fired on site by owner Richard Webb and opened in 1901 as the Pine Grove Hotel.

You can see part of the original 1901 brick building on the second floor of Giannini’s. image by California Bricks web site.

Giannini’s is still family owned and operated. Al Gianini was a master chef who trained in Rome and he brought many dishes that are featured on the menu, including the popular steak Romano and roast chicken Romano, as well as Italian favorites like eggplant parmigiana, cannelloni, chicken cacciatori, veal piccata, sautéed sweetbreads, and many pasta dishes. Al acted as maitre’d and oversaw the kitchen until he passed away in 1997. Pat Giannini and her daughter Lisa and her family run the restaurant today. Dinners come either deluxe, with Giannini’s famous polenta board, homemade soup, salad, pasta, and bread; or light, with everything but the polenta and pasta. 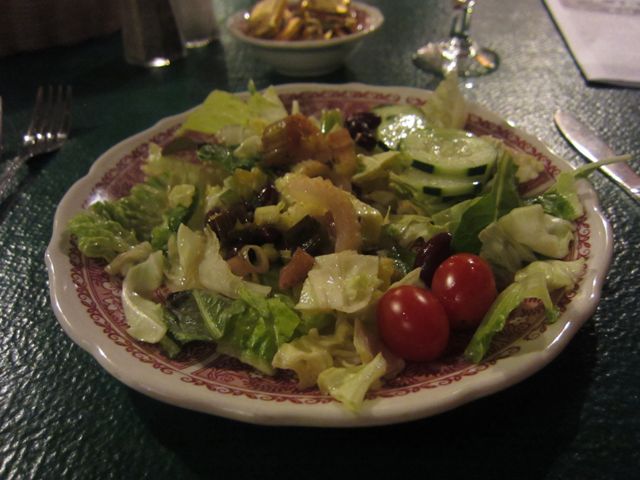 Giannini’s crisp salad comes with a giardiniera – photo by The Jab, 2014

The restaurant consists of the original dining room with walls that have a log cabin look  and deep red banquettes (see photo), the bar / lounge with black tufted banquettes, and a second larger dining room with knotty pine walls and ceiling fans . In the front of the restaurant near the hostess/cashier stand is a wall of framed photos of the Giannini family, some of their guests, and their restaurants, and a large display case of miniature liquor bottles collected by Rosalie Giannini. 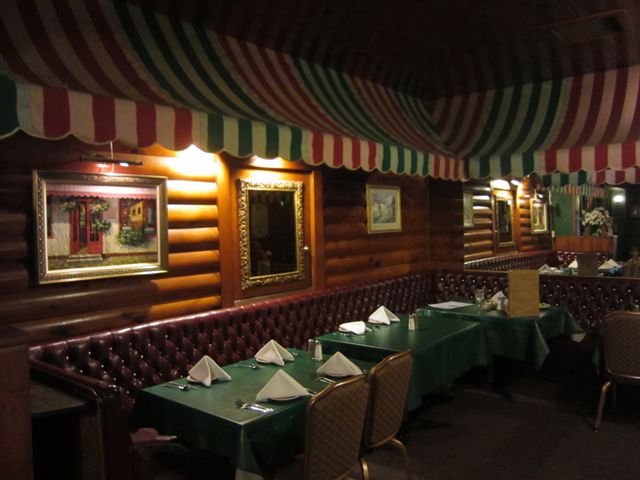