I first heard about this hidden gem of a restaurant on the defunct web site latimemachines.com by a man named Jonathan M., who I never had the pleasure of meeting, but I felt a kinship with him through our shared love for time-travel restaurants. Sadly, he closed his website a few years ago and I don’t know what became of him. I was able to print many of the pages from his site before it went down, which grew very extensive in its last years of 2009-2011. He championed La Dolce Vita as one of the Top 10 Time Machine Restaurants in Los Angeles. Perhaps it was even #1 on his list (though I seem to recall that Musso and Frank Grill had that well-deserved spot). Anyway, I finally was able to visit La Dolce Vita recently with friends and now I know what Jonathan was raving about. Even after a minor remodel in 2013 and without long-time maître d’ Ruben Castro, who retired the same year, it was a wonderful dining experience, so now it is one of my favorite overall restaurants in California. 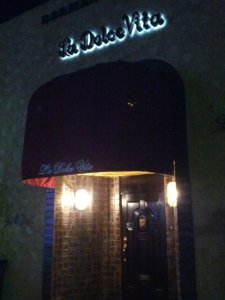 Near the busy intersection of Wilshire and Santa Monica Boulevards, La Dolce Vita was opened in 1966 by two waiters from Patsy D’Amore’s Villa Capri, Jimmy Ullo and George Smith. The legend goes that Frank Sinatra and actor George Raft helped fund the restaurant. You will hear many restaurants claim that Sinatra was a regular, but at La Dolce Vita it’s a fact. It was his main hangout until his death. He liked to sit at table #2, a small table for two near the bar with a view of the front door and the entire restaurant (table #15 was his regular booth for entertaining, and is now marked with a brass plaque with his name). Other regulars included Dean Martin, Sammy Davis, Jr., Gregory Peck, Don Rickles, Anthony Quinn, and every President (today, photos and brass plaques honor its previous celebrity clientele).. 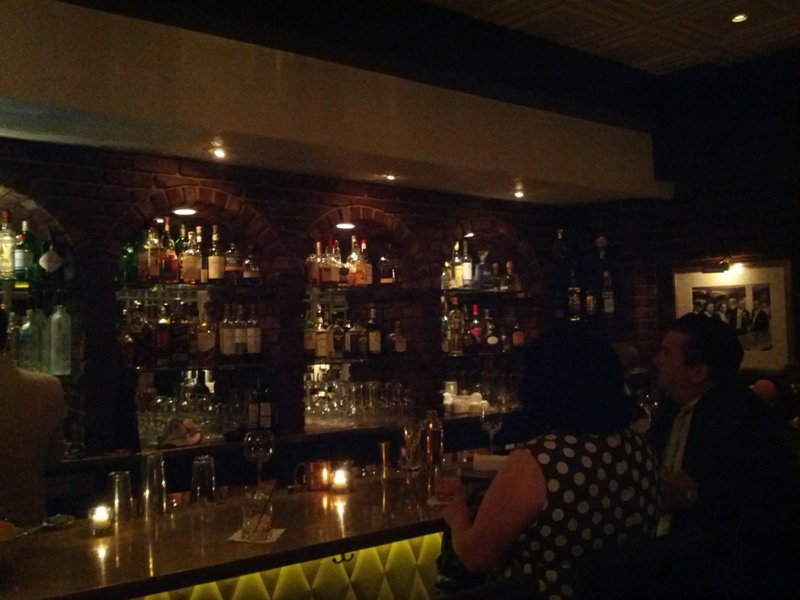 In the 1980s, Ruben Castro was hired as a waiter. His local resume was impressive, having worked at Sunset Strip landmarks Frascati’s, Estephanino’s, La Rue, Nicky Blair’s, and The Saloon in Beverly Hills, since emigrating from Mexico in 1966, the same year La Dolce Vita opened. He moved to captain, then maître d‘, until his retirement in 2013. 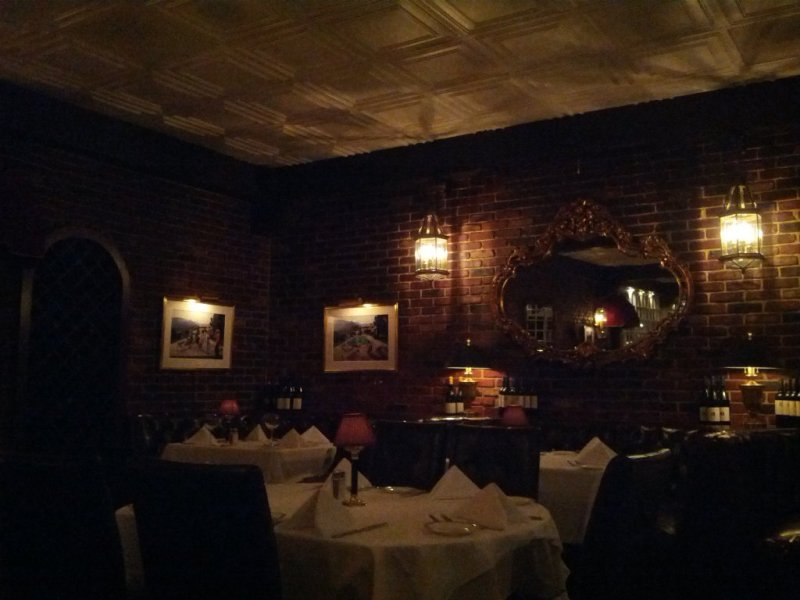 In 2000 Ullo and Smith sold the restaurant and it started to go somewhat downhill, no longer attracting local diners. The great-great-grandson of Henry Ford, Alessandro Uzielli, an AFI-graduate who works for Ford Motor Company in movie product placement, as well as being a movie producer (Bongwater), purchased La Dolce Vita in 2003 to try to save a fading Hollywood landmark. After a slow start people started to show up again, including Robert Wagner, Jill St. John, Don Knotts, Bob Newhart, and Tony Martin. Today’s regulars include Angelina Jolie, Brad Pitt, Lorne Michaels, Paul McCartney, Mick Jagger, Steve Martin, and Penélope Cruz. 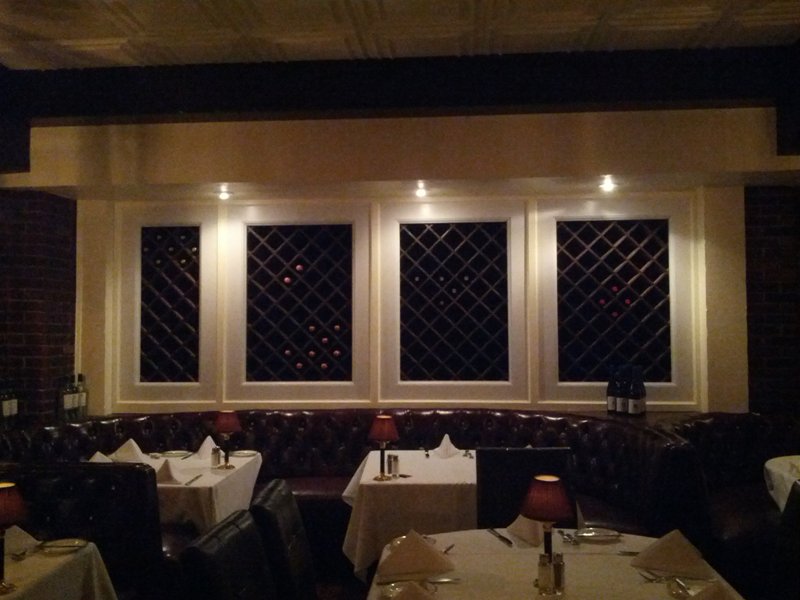 In 2013 the restaurant closed for a week for a refurbishment. Not much was changed that I can see from photos taken before the remodel. The original brick walls (which are actually fake), tufted booths, gilt-framed and paned mirrors (which make the place look larger than it is), decorative metal wall dividers, and lamps from the 1960s remain. The only change that is obvious is an acoustic tile ceiling was replaced with a more attractive ceiling (a change for the better). A slight disappointment on my recent visit was the original brass-tacked bar stools (in pic below) have been replaced for some reason with contemporary high-backed bar “chairs” that didn’t look right (strangely, the old ones were still present in the pics on this post-remodel article), though I loved the diamond tufted bar front in gold.

The restaurant has no windows, which makes for a nice dark and romantic atmosphere, just how Le Continental likes it. Classic songs by Sinatra, Dino, and other legendary vocalists plays at a soft volume. 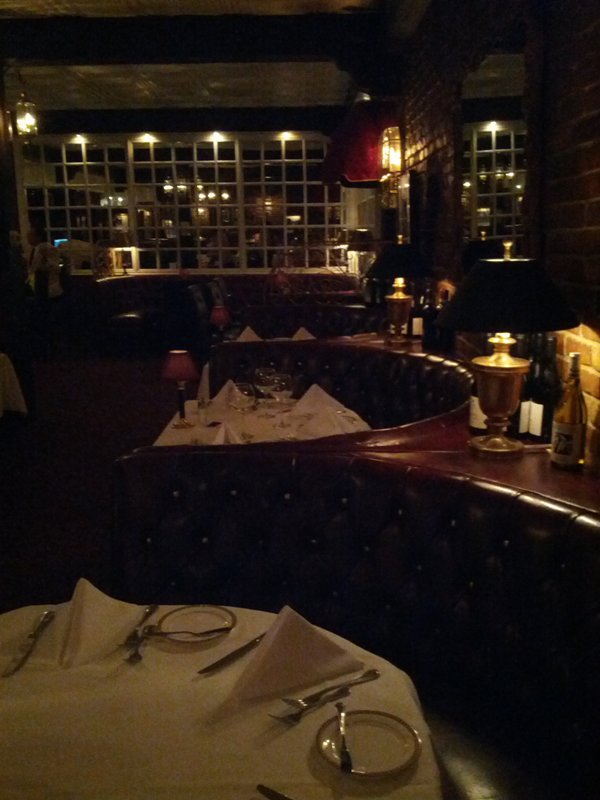 Also in 2013, the menu was revised, but most of the restaurant’s dishes are Italian classics (such as chicken and veal scaloppini and steak Florentine), and their famous dishes, such as steak Sinatra (a prime filet mignon with red peppers and a chianti demi glace) and veal meatballs with spaghetti, remain on the menu. All of their pastas are made in house. I had a starter of arancini, followed by a Caesar salad, and steak Sinatra. Everything was excellent and the service was top-notch. 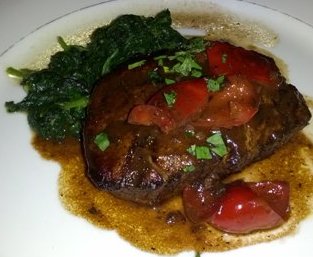 The next time you’re in the Los Angeles area you owe it to yourself to make a reservation to dine in style at La Dolce Vita. Wear a suit. Dino would have.