Recently I visited Kansas City for the first time after having wanted to go for the last several years to experience the Paris of the Plains (Kansas City has more public fountains than any city except Rome). I loved it! It was easy to get around (by car), downtown is thriving, there are beautiful homes all over the place, and some fine museums. Then there’s the food! Bar-be-que, burgers, bar-be-que, chili, bar-be-que…you get the picture. And I had to get a Kansas City steak, in a city that was once a major beef producing city. At its peak in the 1920s Kansas City’s stockyards were second only in size to Chicago’s. Following a flood in 1951 they began their decline until they closed in 1991. 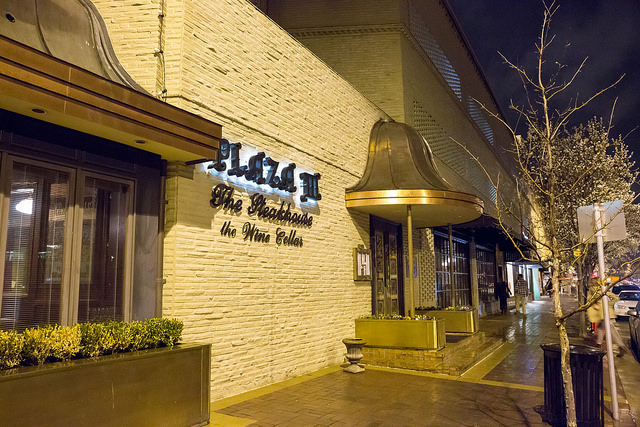 In 1961 Paul Robinson, manager of the Golden Ox Steakhouse in Kansas City (now closed but due to reopen later this year), met Joe Gilbert, founder of the Four Winds Restaurant at the Kansas City Downtown Airport (now closed but the TWA Museum there is well worth a visit). They teamed up with Joe’s son Bill Gilbert and opened the Plaza III in 1963 in Country Club Plaza, a lovely Spanish style outdoor shopping center designed by J. C. Nichols and architect Edward Buehler Delk that opened in 1923, which is considered the first planned shopping center in the U.S. 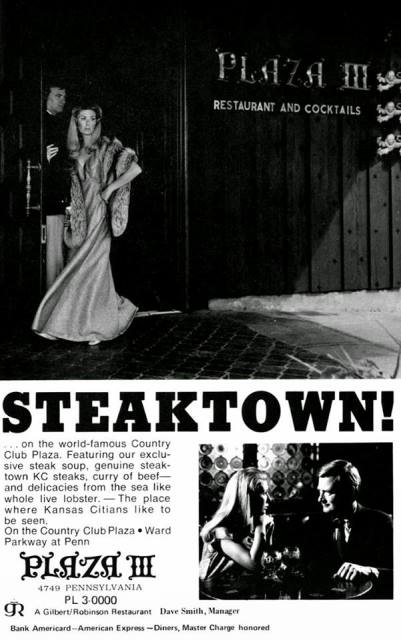 In 1972 the Gilbert-Robinson group opened a more casual restaurant next door to the Plaza III in an old clothing store called Tom Houlihan’s, naming it Houlihan’s Old Place. That restaurant eventually expanded in the Houlihan’s chain of restaurants, numbering 79 locations by 2012. The original Houlihan’s relocated in 2003 to nearby Fairway, Kansas. Plaza III ‘s dining rooms (which started out decorated in 60s Spanish) were remodeled in 1986 in a classic steakhouse look with lots of wood, dark brown leather booths, brass lamps, and potted palms. The large downstairs space was a disco in the 70s, then a series of clubs until its remodel in 2005 for use as additional dining space for the restaurant, with live jazz on weekend nights. 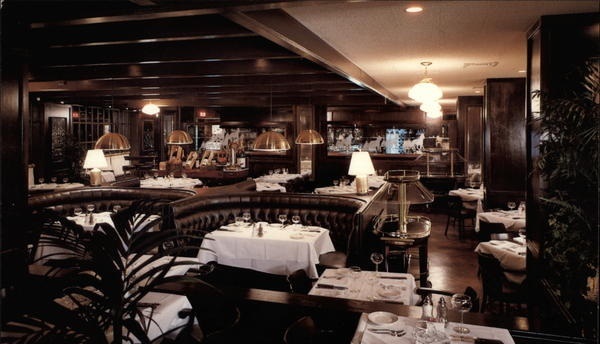 The Plaza III menu is classic steakhouse all the way. First comes out a chilled relish tray. Their famous steak soup is a must. It’s a rich, thick, dark brown stew with large chunks of tender steak and vegetables. A bowl would be enough for a meal. 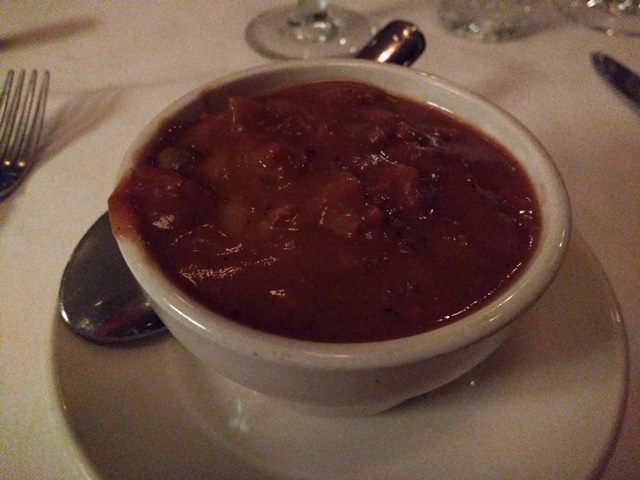 Steaks are à la carte, USDA Prime, wet aged, and a presented tableside wrapped in plastic before you choose one. I had the famous Kansas City Strip, center cut, because “when in Rome…”, which comes in two sizes (I got the large despite having three lunches earlier. I’m not kidding.). Other options are the ribeye (two sizes), porterhouse, t-bone, filet mignon (two sizes), strip steak au poivre (brandy cream sauce), strip steak au fromage (with Roquefort), tenderloin Oscar, twin filet medallions, and prime rib in two sizes. I’m getting hungry! There are also lamb, veal, chicken, and seafood choices, and many surf & turf combinations available. Steaks come with a choice of béarnaise or au poivre sauce if desired. Sides are extra but come in two sizes, most at $5 & $9. Don’t forget to order chocolate or Grand Marnier soufflé when you order your steak so it will be ready by the time you’re ready for dessert. Both their regular and reserve wine lists have won awards. 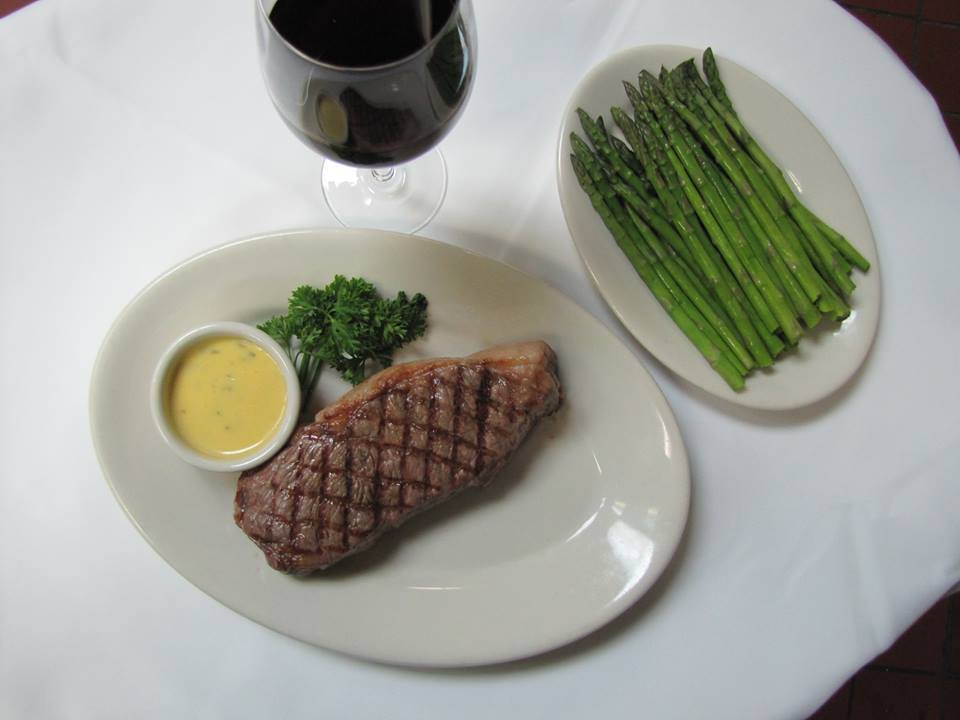 The Plaza III has had serious steakhouse competition on Country Club Plaza over the years but it has stood the test of time. In 2014 the chain steakhouse Ruth’s Chris closed on the Plaza after 17 years. I call that progress.