The story about Barone’s Famous Italian Restaurant, still owned by the Monteleone family (since 1950), is actually a story of three restaurants. Two are now history, but the story has a happy ending.

The original Barone’s restaurant was opened in 1945 at Beverly Glen and Ventura Boulevard in Sherman Oaks by Tony and Frank Arpaia, Jerry and Josephine Barone, and Joe Izzo. It quickly became popular so had to move into a larger building at 14151 Ventura Boulevard in Sherman Oaks (where it remained until 2006). In 1950 more members of the extended family, Frank (Josephine’s brother) and Mary Monteleone joined in the business. According to Frank Monteleone‘s son Tom, who now runs the restaurant, the Dead End Kids would come in all the time to eat after a day’s work filming (Lucille Ball, John Wayne, and Jane Russell were also regulars). One day they asked why Barone’s didn’t serve pizza. The owners told them they didn’t know how to make pizza because they were from Buffalo. The Dead End Kids showed them how to make a good sauce and a New York style thin-crust, but the restaurant didn’t have mozzarella so they used Monterey Jack cheese. The Jack came in square blocks, so they made a rectangular pizza covered with square slices of jack cheese. It was the first rectangular Neapolitan style pizza in California and to this day the restaurant still makes the pizza the same way, with Monterey Jack cheese. 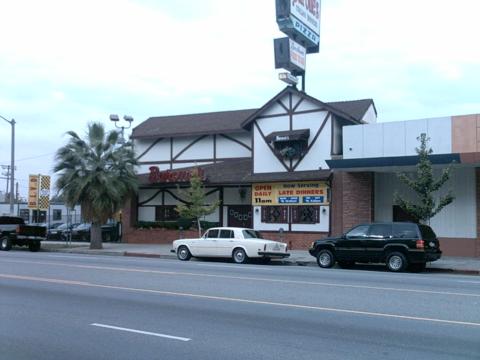 The second restaurant involved in the story of Barone’s is a German restaurant, Hoppe’s Old Heidelberg, which opened in 1958 at 13726 Oxnard St. in Van Nuys (now Valley Glen). Old Heidelberg was decorated with modern stained glass windows to filter out the light, dark carved wood walls, deep red leather booths, and Teutonic bric-à-brac. The waitresses wore dirndls. After over 36 years of serving German specialties, it was purchased by award-winning Swiss chef Ueli Huegli, who came with experience from a long list of European and Southern California restaurants. He renamed it Matterhorn Chef (the third restaurant in our story) and added Swiss dishes to the menu. 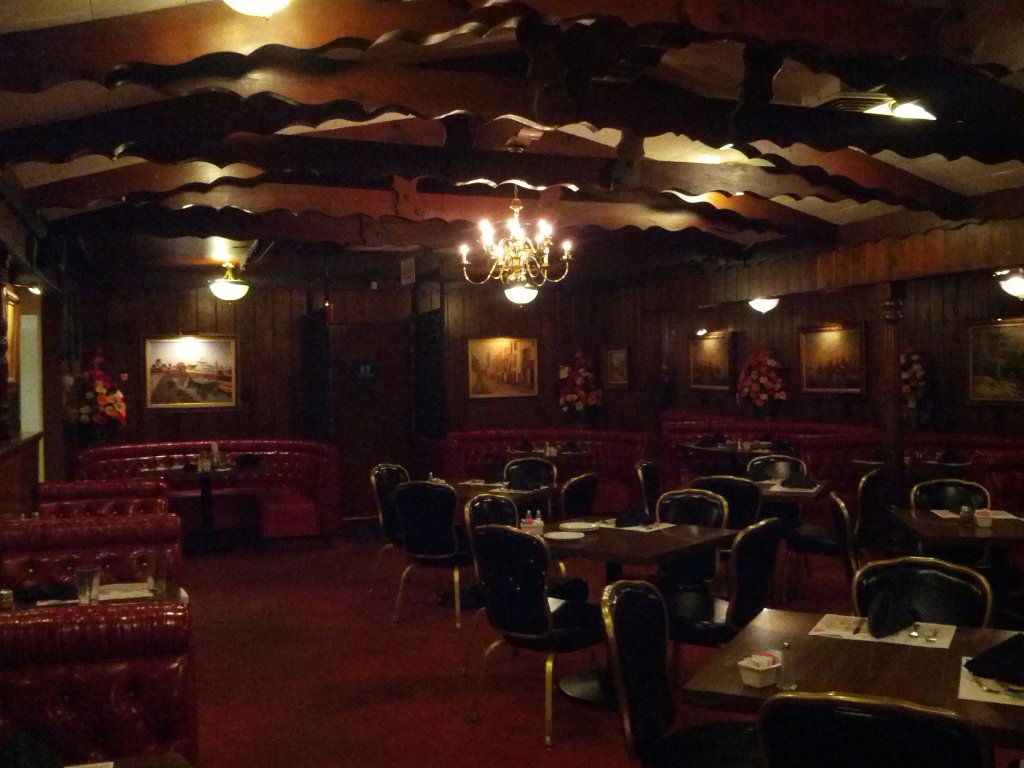 In 2006 the Matterhorn Chef closed. Barone’s moved out of the Ventura Blvd. location and into its space on Oxnard St. So when you go to Barone’s today you are actually in the original Hoppe’s Old Heidelberg, which thankfully has not changed much since 1958! Perhaps the German/Swiss decor was replaced with Italian paintings but the red booths, woodwork, and stained glass windows are all intact (the lighting is newer). I went once to the Barone’s location on Ventura Blvd before it moved and I admit that I like the “new” Old Heidelberg/Matterhorn Chef/Barone’s space better. Good news for Matterhorn Chef fans came in 2010 when Ueli Huegli opened a new restaurant in Valley Glen called Swiss Chef, with many of the famous dishes that were on the menu at Matterhorn Chef. 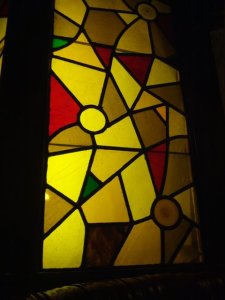 arty stained glass windows at Barone’s – photo by The Jab, 2013

The menu is long at Barone’s, with pizza, Italian specialties, and steaks. I had the “famous” New York pepper steak (USDA Choice grain-fed, aged 21-days), which was good as I recall. But you really should try the pizza because that is what they are famous for. Barone’s has long been famous for its old school entertainment, and the tradition continues every Friday and Saturday night after 8:30, when performers playing jazz, standards, and oldies get people of all ages in the bar cuttin’ a rug on the dance floor. It’s a lively scene I experienced back when I visited the old Sherman Oaks location and again in 2013 at the Valley Glen Barone’s. 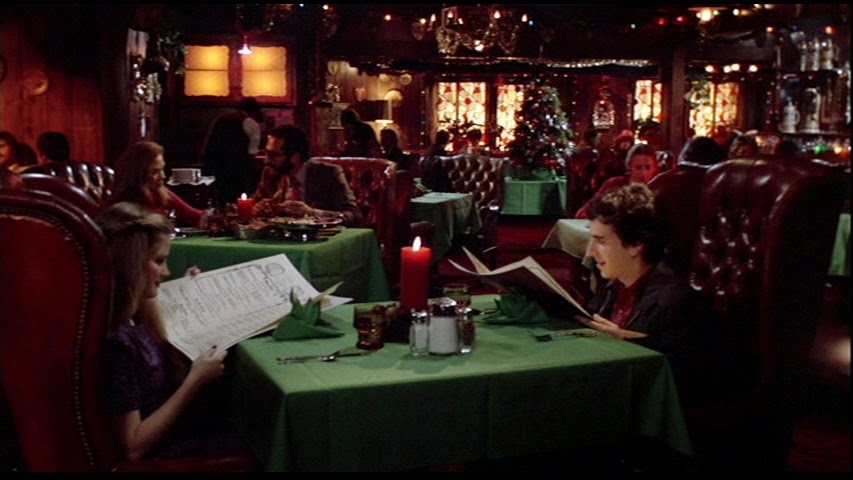 You may recall a funny scene in 1982’s Fast Times at Ridgemont High (one of my top-ten favorite 80s films), where Mark “Rat” Ratner (Brian Backer) and Stacey Hamilton (Jennifer Jason Leigh) had a date, but Rat forgot to bring his wallet. That scene was filmed at Old Heidelberg (now Barone’s). You can clearly see the red booths and stained glass in the above still (I think this is the same room that I snapped a photo of but looking towards the front of the restaurant instead of the back). Too bad the high-backed leather chairs are gone today (though similar ones are still used at The Imperial House In San Diego and at the Sycamore Inn in Rancho Cucamonga). The restaurant has been used in other films as well.