In 1938 Lawrence Frank co-founded Lawry’s The Prime Rib in Los Angeles and for the restaurant he invented a Streamline Moderne, stainless steel serving cart so prime rib could be carved to order and served piping hot, all at the diner’s table. The popularity of Lawry’s led to imitators, including San Francisco’s House of Prime Rib and Portland’s The Prime Rib, now Clyde’s Prime Rib. 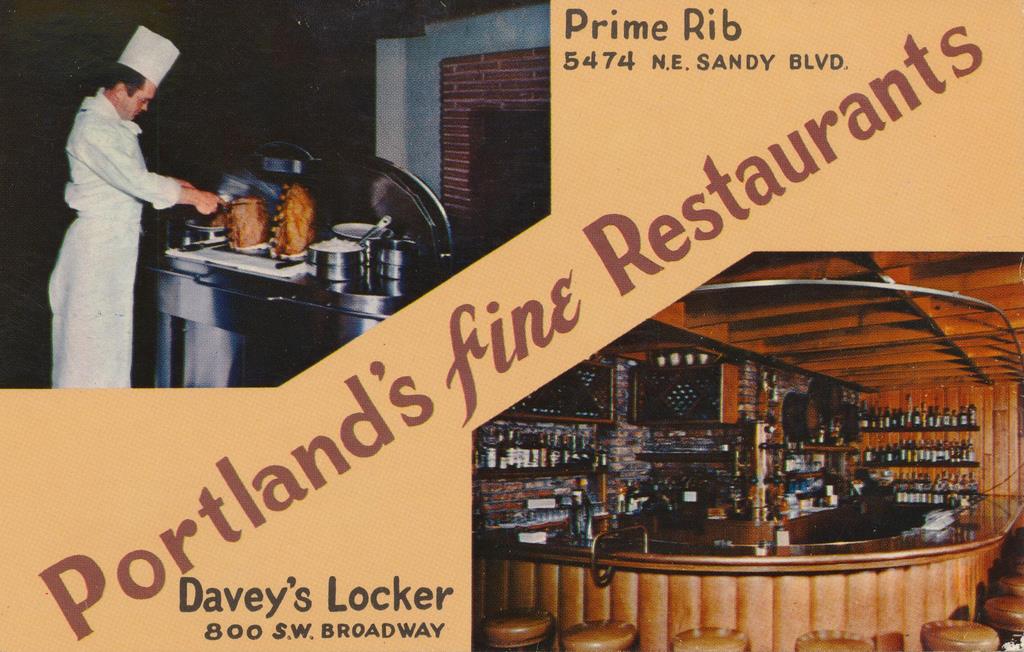 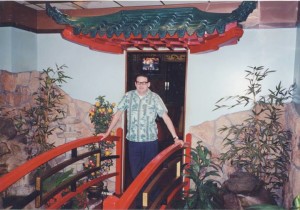 After WWII the Hollywood neighborhood of Portland became the new desirable suburb in town and Sandy Boulevard (which was part of U.S. Highway 30, a main cross-country west-to-east route before the interstate highway system was developed) went right through it. Restaurants started popping up along Sandy, including The Pagoda in 1940 (closed in 2008; Le Continental visited in 1999), Henry Thiele’s for German style pancakes, Poncho’s for Mexican food, and Taste of Sweden. In 1954 Eddie Mays opened The Prime Rib in a building which from 1930 to 1949 housed a branch of the Coon Chicken Inn, a chicken restaurant chain with an entrance made from a huge racist caricature of an African-American red cap (a common name for a railroad station baggage porter).

Eddie Mays built a rock medieval castle-like wall with a tower entrance in place of the grinning face, with elegant old English decor inside (common in Prime Rib restaurants). He owned several other restaurants including a Prime Rib in Tacoma and Eddie’s and Davey’s Locker in Portland (all closed). 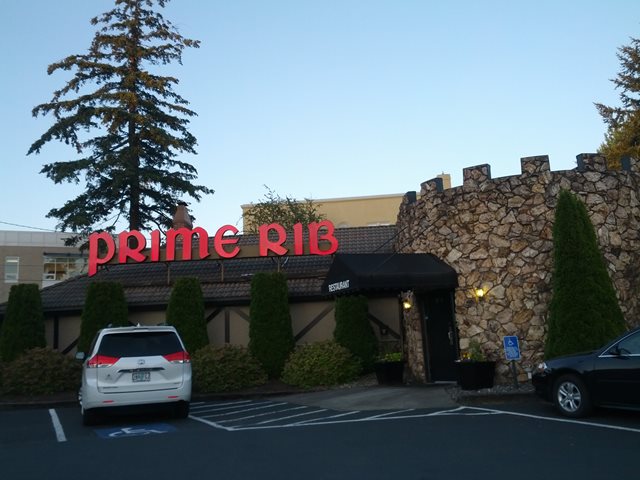 Pass the knight’s suit of armor after you enter and you may meet Ernest ‘Clyde’ Jenkins, the friendly owner of Clyde’s Prime Rib since 2006. The cocktail lounge has rock walls and vinyl booths, a dance floor, a giant fireplace, and a bar, of course. 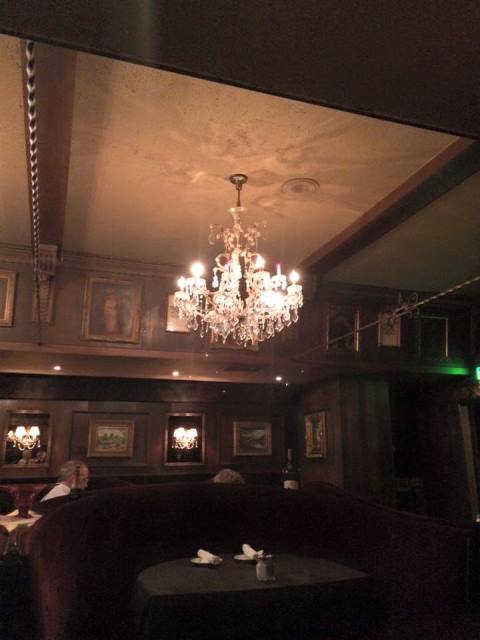 The dining room has red velvet (!) booths, chandeliers, framed paintings, a fireplace, and an open beamed ceiling. It looks like not much has changed since 1954 and it’s dark, and that’s the way we like it at Le Continental. 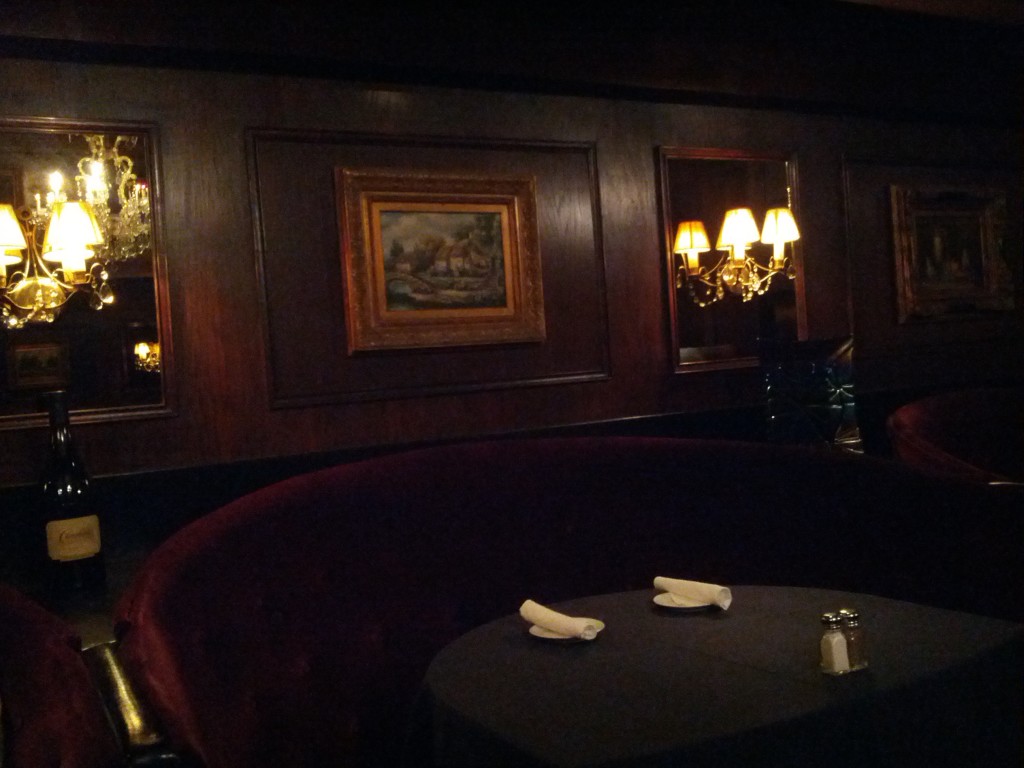 The menu is beefy, with aged prime rib served in five different sized cuts, plus steaks, as well as some chicken, pork, seafood, and pasta dishes. I’ve heard good things about the steak, but I’ve always just had prime rib. The waiter or chef carves your meat tableside on a large rolling serving cart. Note the cart isn’t the same as the Cadillac of prime rib carts at Lawry’s (which cost $30,000 each!), but it looks the same as in the old postcard at the top of this page. 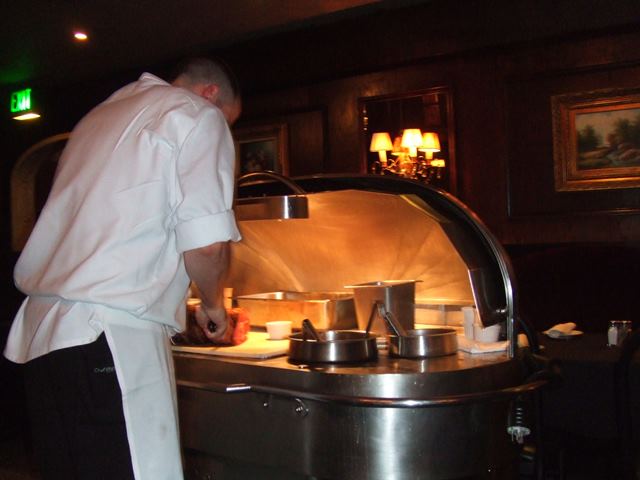 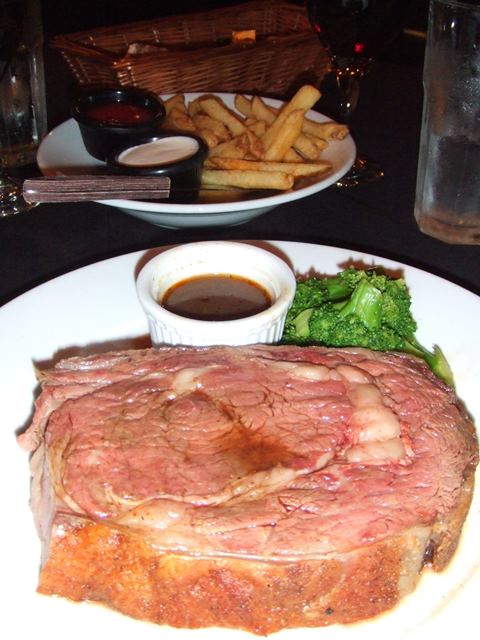 Clyde’s Prime Rib has live music in the bar on weekends, usually contemporary R&B or blues on Friday and Saturday, with jazz on Sunday, and occasional Thursday night music.