I was in Zurich only a couple of days en route by train from Paris to Milan, but I enjoyed Switzerland very much and I want to return. Everything was so neat and tidy, the people were friendly and usually spoke English, the scenery was beautiful, and the beer and food were great (and the chocolates!). The only drawback is it isn’t cheap, but you don’t have to break your budget dining there. You can eat inexpensive grilled bratwurst from an Airstream trailer… 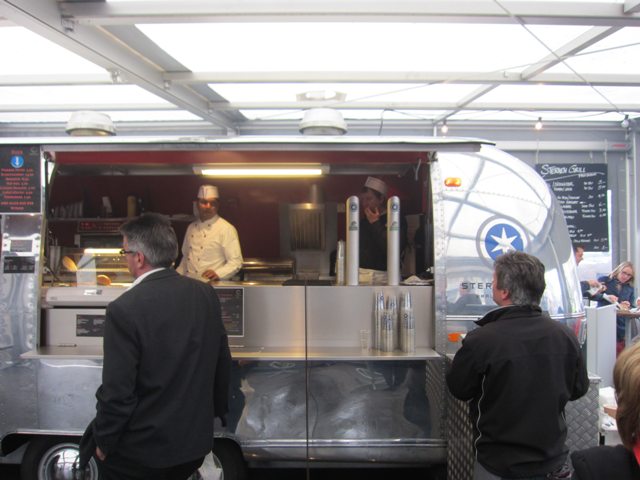 ….or for a bit more money you can dine in a historic armory building from 1487 at the Zeughauskeller (Zeughas means ‘arsenal storehouse’). It’s not cheap, but the prices are moderate for Zurich, considering the large portions. Plus, the food is great and the space is beautiful. 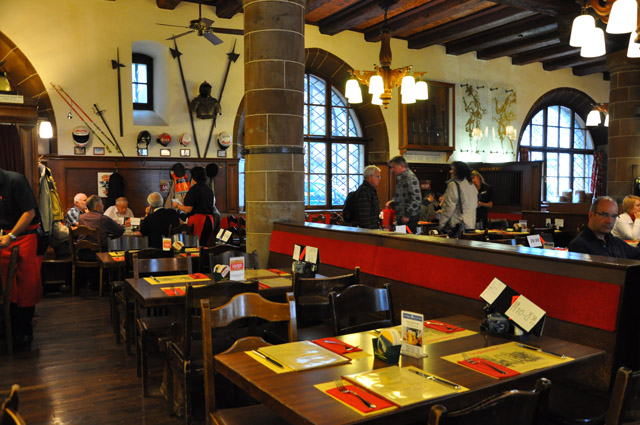 The restaurant opened in 1926 and still looks basically the same. It’s a huge beer hall with wooden tables and chairs and medieval armaments on the walls. It’s very popular with locals so it doesn’t feel at all like a ‘tourist trap’. You may have to share a table with strangers, as I did. You aren’t obligated to start a conversation, but I ended up chatting with my table mate, who was an Italian man on business in Zurich. 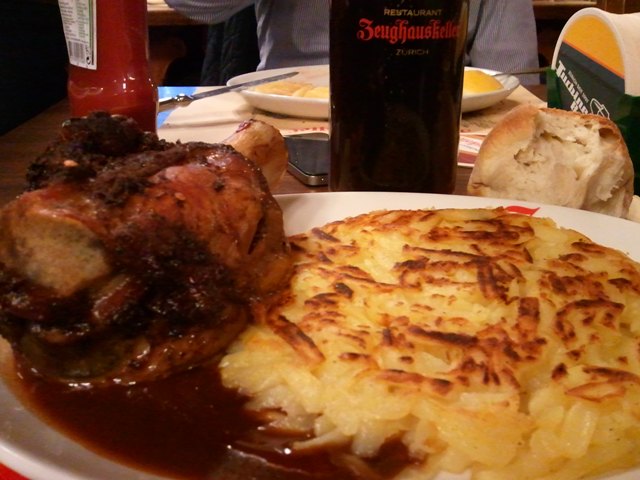 The menu is very extensive, with mostly classic Swiss meat dishes that are often like Bavarian fare. Specialties of the house include whole pork shank marinated with fresh herbs and roasted in dark beer, möckli (sauteed beef in curry-garlic sauce), pork roast, marinated perch filets, wienerschnitzel, local specialty Kalbsgeschnetzeltes nach Zürcher Ar (veal and mushrooms in white wine-cream sauce), veal liver, pork Cordon Bleu, and several sausage varieties sourced from the best producers all over Switzerland. Most dishes come with potato salad but instead you can have rösti, Swiss style hash browns, for no extra charge.

If you are dining with someone special, you may want to try the Mayor’s Sword, thin filets of beef wrapped around a sword and grilled. It doesn’t come out on fire, but the waiter ‘de-swords’ the meat for you tableside. Le Continental loves dishes with extra special presentation like this! 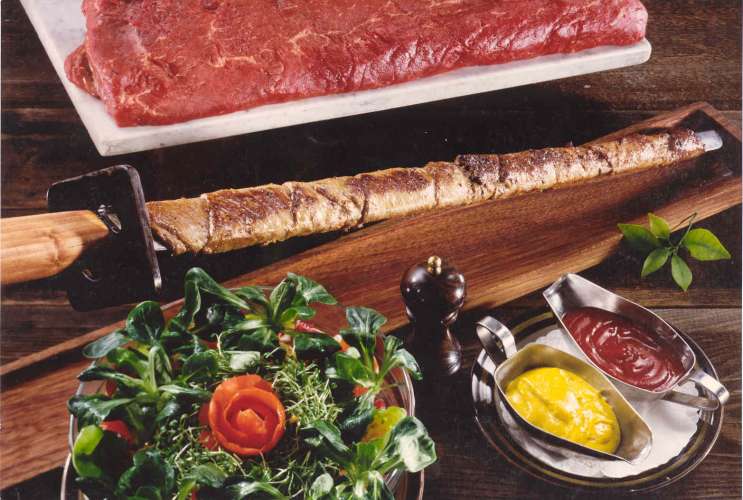 They offer about a half-dozen beers on tap, including their house amber beer brewed for them by Turbinenbräu, as well as a couple of dark beers, Oberländerbräu amber, a lager, and an unfiltered beer by Naturtrüb. They also serve several bottled beers and wines of various sizes, and a large choice of delectable homemade desserts.

Book ahead if possible, because the restaurant is popular with locals and tourists. 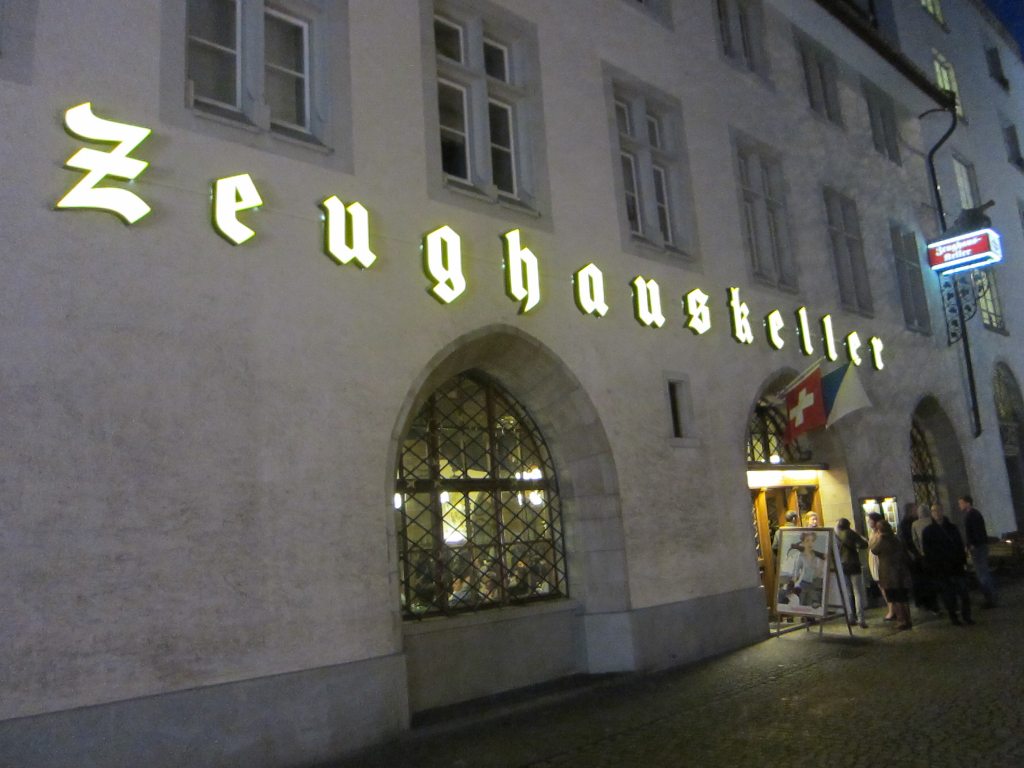