A couple of months ago Le Continental visited Rancho Nicasio as part one of my roundup of old western steakhouses in the Bay Area. Today we’re hitchin’ up the horse and riding to the Hayward Ranch in Hayward in the East Bay. Built in 1948 using wood from an old railroad trestle near Sacramento, and thankfully it hasn’t changed much. At one time the original owners, Leonard and Adele Perillo, had 27 Ranch steakhouses in their East Bay / Tri-Valley (Dublin, Pleasanton, Livermore) chain. Now this is the only one left. In 1999 it was purchased by the current owner, Chris Sarantakis, who vowed “I’m not going to change it, I’m going to make it better”. 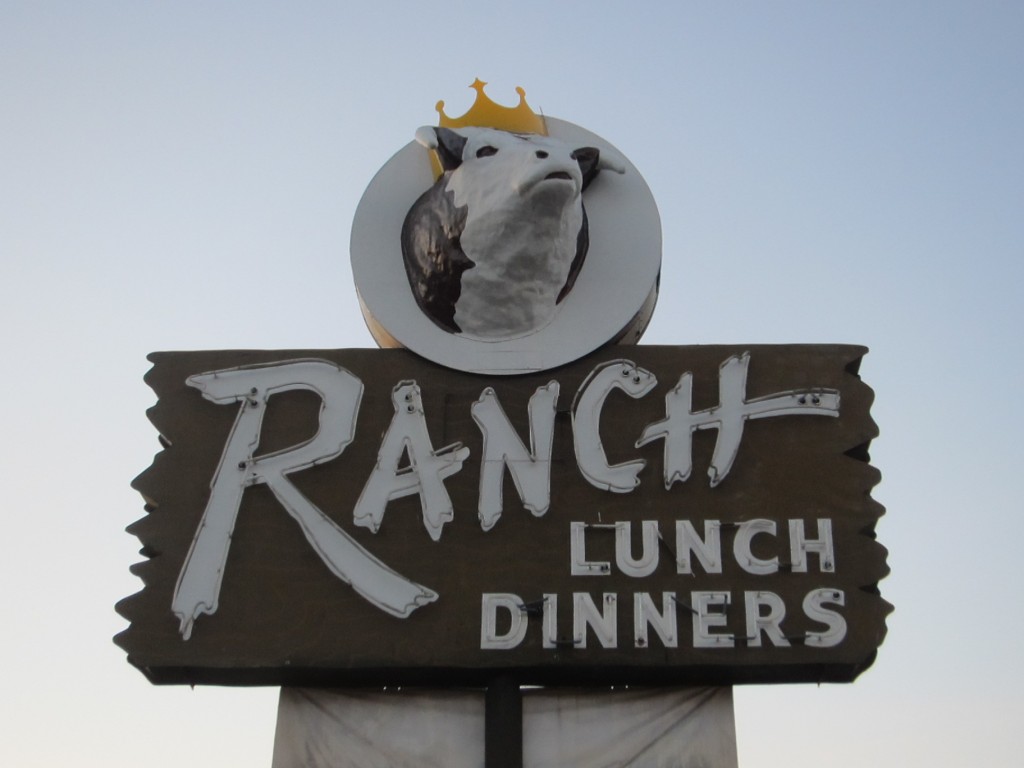 The restaurant is in a long, low, ranch style building with a rustic interior of walls made from the trestle wood covered with western bric-à-brac, framed pictures, and other clutter (but no cheap beer advertisements or strings of mini white lights – hooray!), and simple old wooden tables and booths.

The menu is typical of old western steakhouse fare and the prices are very reasonable. At dinner you can get a steak dinner with soup or salad, potato or pasta, and vegetable for around $20 or less. They have a bargain early bird menu from 4:00-6:00pm, and they serve breakfast and lunch, too. 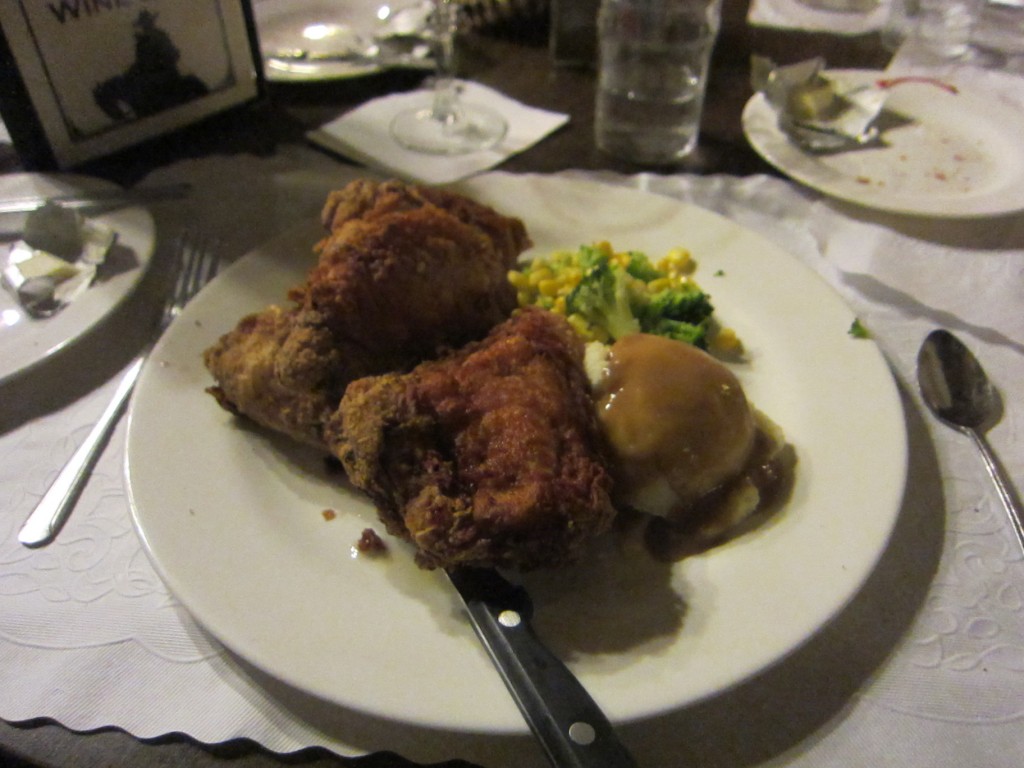 A couple of dining companions had steaks: one had the filet mignon and another had a rib-eye. They both said they were tasty and tender. 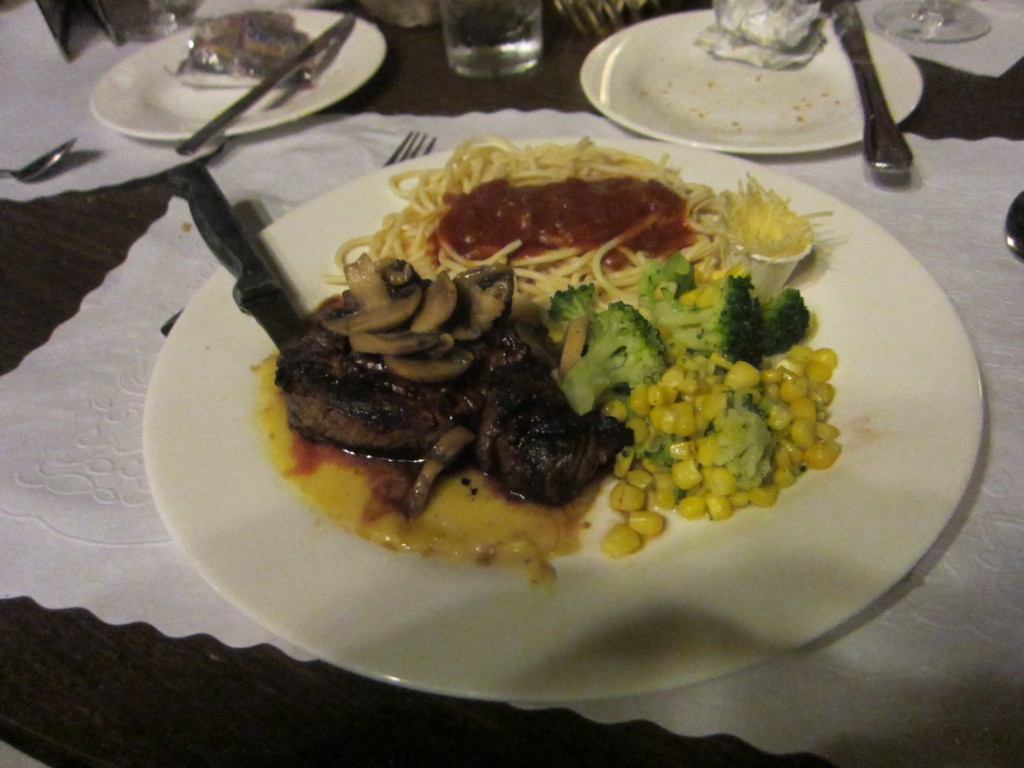 We had some Manhattans with Bulleit rye and they were made perfectly as requested (stirred, not shaken). The service was excellent. Our young waiter was on top of everything and very friendly and affable. For dessert I had the homemade cherry cobbler and it was sooooo good! Perfect amount of fruit, not too thick and gummy, and a crunchy crust. YUM! Don’t skip dessert here! 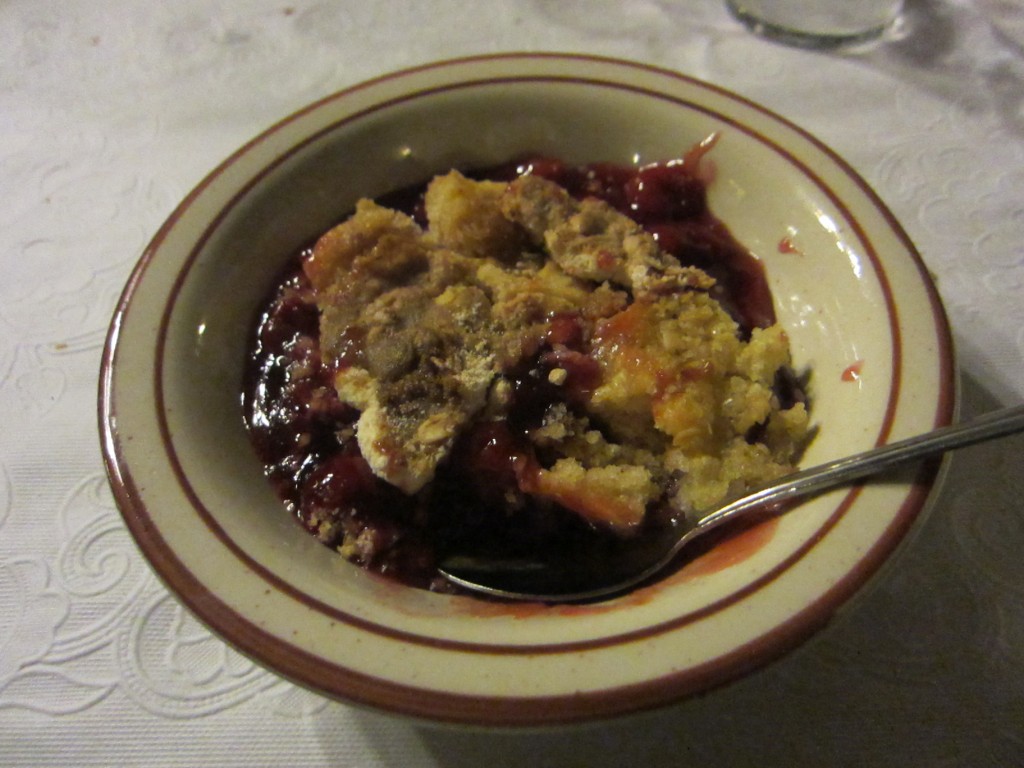 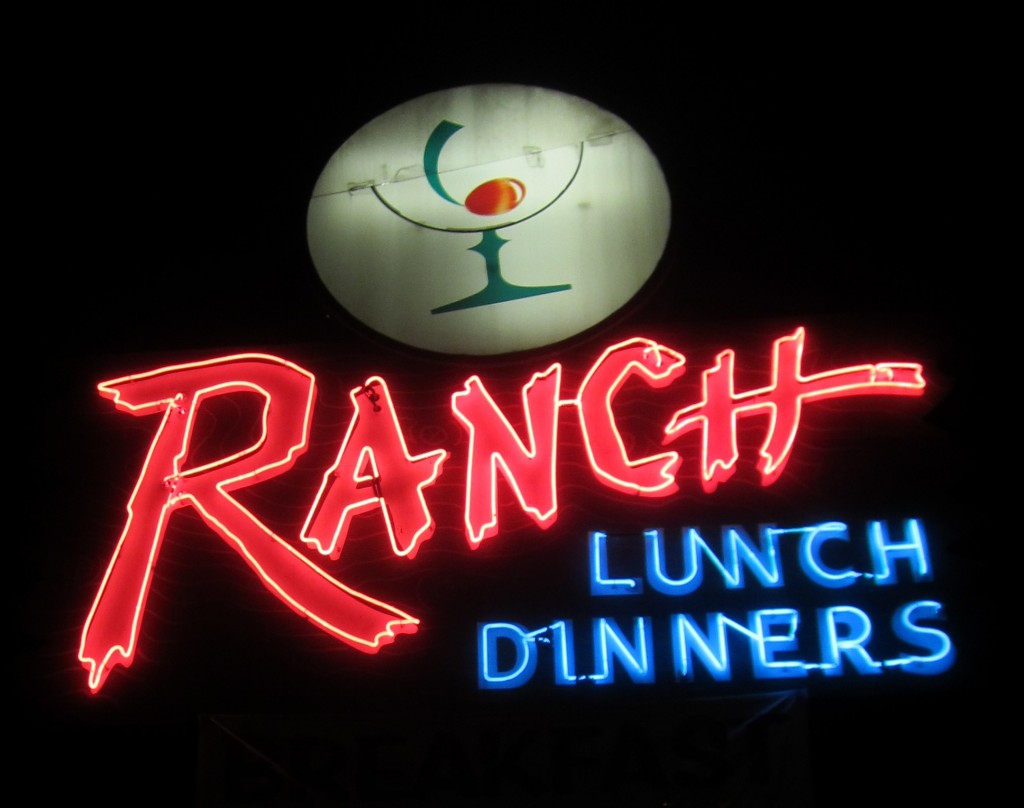 Gorgeous neon sign with cocktail on one side and royal cow on the other.