Recently I heard of the sale and closure of the Overland Hotel on U.S. 395 in Gardnerville, Nevada, one of a number of hotels that were built in the 19th century and early 20th century as boarding houses for migrant Basque sheepherders, who immigrated from the Pyranees during the California gold rush and Nevada silver mining boom. Over time most of the 300+ Basque hotels closed but a few remain as social gathering places for local Basques (and tourists) to drink a Picon Punch (aka Picon) and dine on hearty food, family-style. Le Continental previously visited Reno’s Santa Fe Hotel and Carson City’s Thurman’s Ranch House, which closed in 2013. 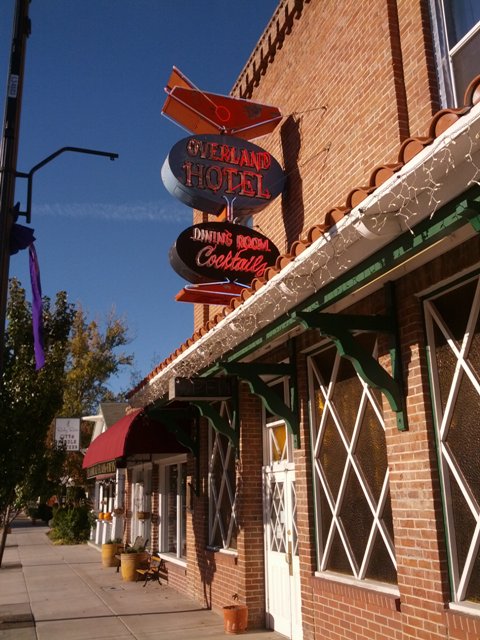 The only history I could find out about the Overland Hotel is that it opened in 1902. Here is a photo, probably from the 1940s. 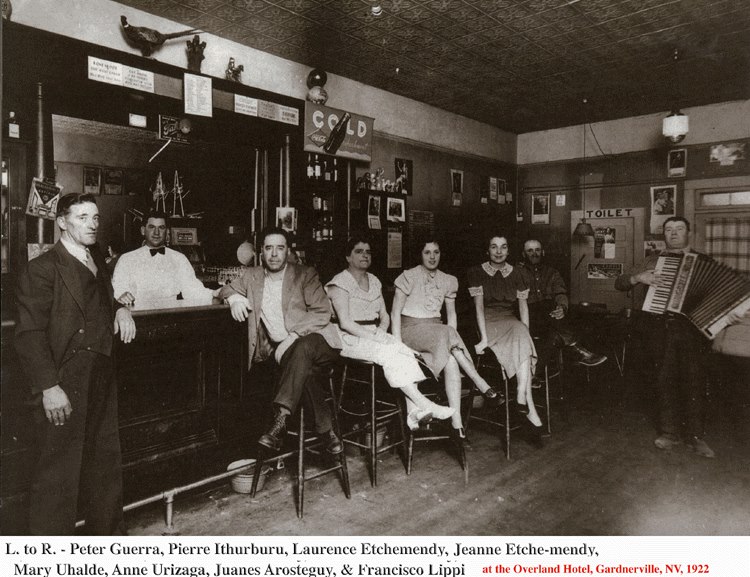 I often drive highway 395 in the autumn to see fall colors along the spectacular route through the eastern Sierra. (Yes, I’m a leaf peeper!). The Overland Hotel was a welcome stop for a refreshing Picon, though I never passed through when I was hungry so, sadly, I have not eaten there. 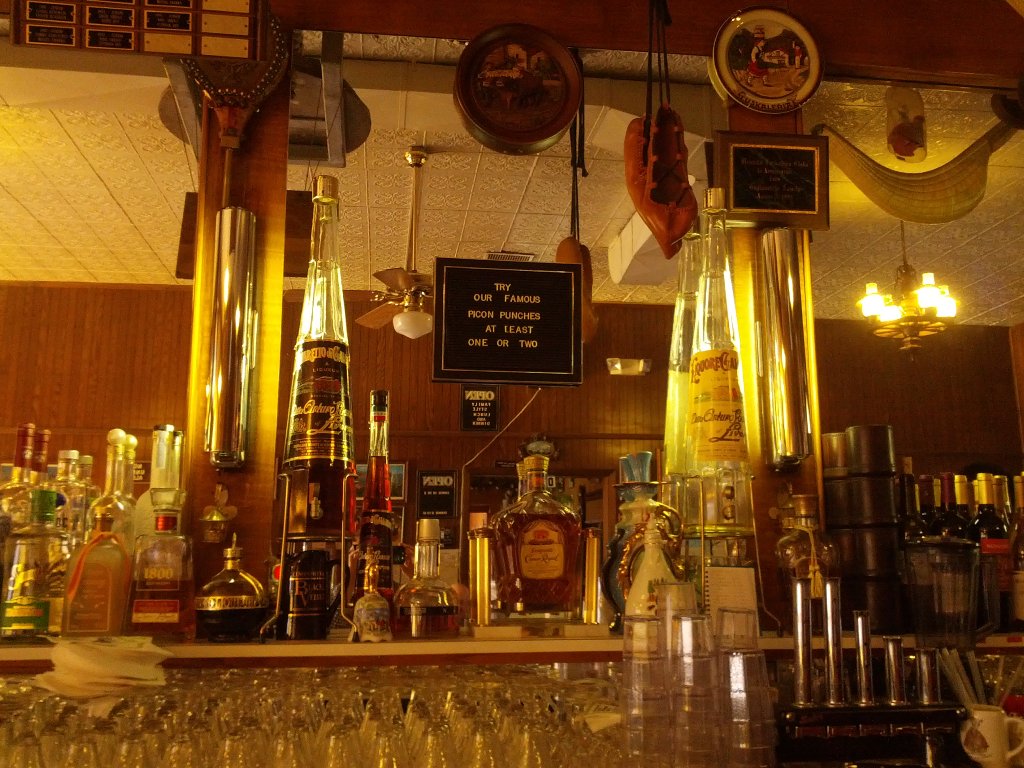 The owner, Elvira Cenoz, retired after running the restaurant and bar for almost 50 years. I’ll proudly keep my souvenir napkin with her name on it. 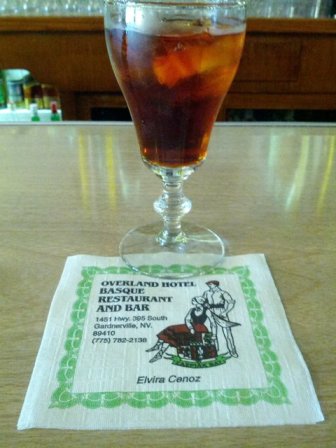 The Overland Hotel is now closed as the Park family, the new owners, have not yet revealed their plans for the hotel (though they have stated on facebook that it will only be closed for a few months). I’m hoping the historic hotel, bar, and restaurant will be preserved as much as possible. The Park family also recently bought the Horizon Hotel in Lake Tahoe (which opened as Del Webb’s Sahara Tahoe in 1965 but was the Horizon since 1990) and will be converting it into a Hard Rock Hotel. 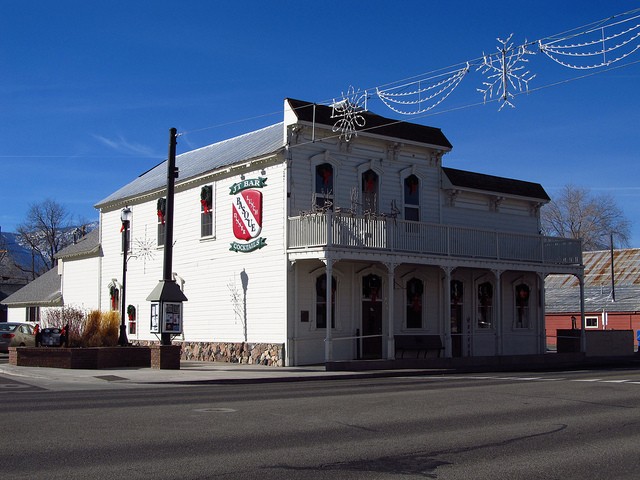 Meanwhile, in Gardnerville you can get your picons and meals at J T Basque Bar & Dining Room, which was opened in 1955 by the Jaunsaras and Trounday families (hence the name), and has been run by the Lekumberry family since 1960. The Victorian building it’s in was moved to Gardnerville in 1896 and it housed the restaurant and bar for the adjacent Gardnerville Hotel until 1928, when the hotel burned down (while this building survived). This fall I’m going to try to return to Gardnerville to dine at JT’s and afterwards I’ll return here with a full report.