I recently stopped over in Fort Lauderdale on a trip to San Juan, Puerto Rico, and visited the fabulous Mai-Kai, of course! I was also able to dine at a German restaurant in town that I’ve wanted to check out for a while – Old Heidelburg.

The restaurant has been open since 1988, in a large building that once was a New England Oyster House, one of many locations of the restaurant chain in Florida. The photo above shows the restaurant from the road, but the entrance is actually in back next to the parking lot. On entering you are greeted by a hostess in traditional Bavarian costume (a dirndl), who escorts you to your table in the dining room, a long room with dark wood paneling and beams, heavily shellacked wooden tables (which look like the tables in the Molokai bar at the Mai-Kai) with carved wood partitions, lamps in various styles, pictures of Bavaria and other German subjects on the walls, interesting bric-à-brac, and festive streamers. 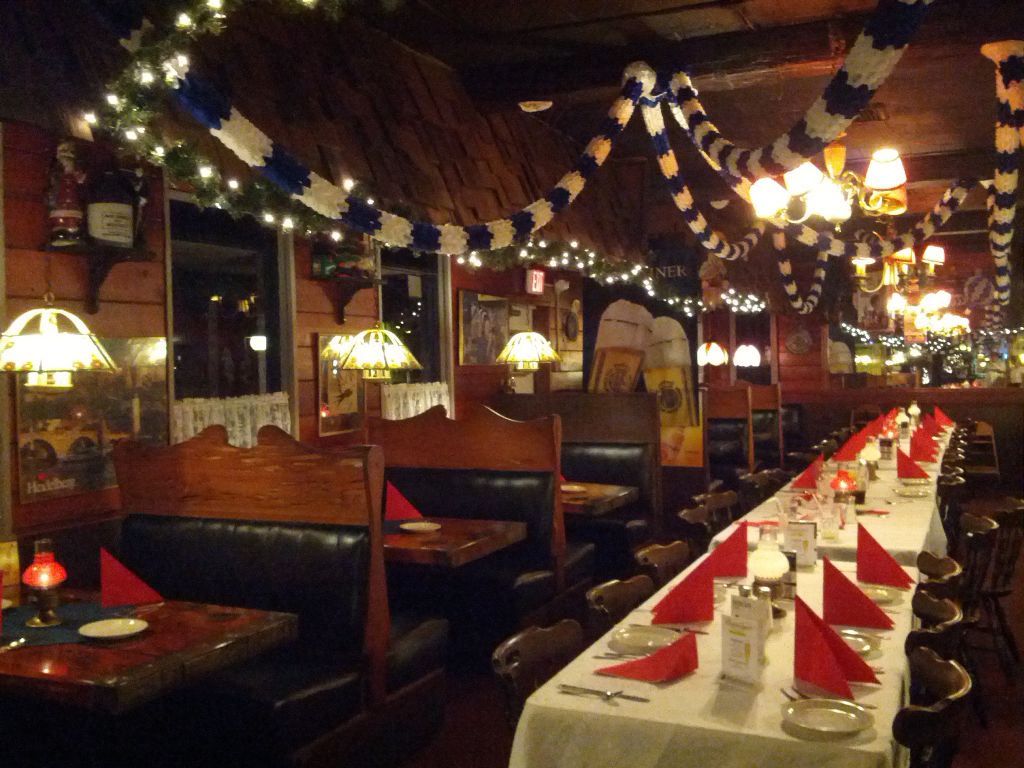 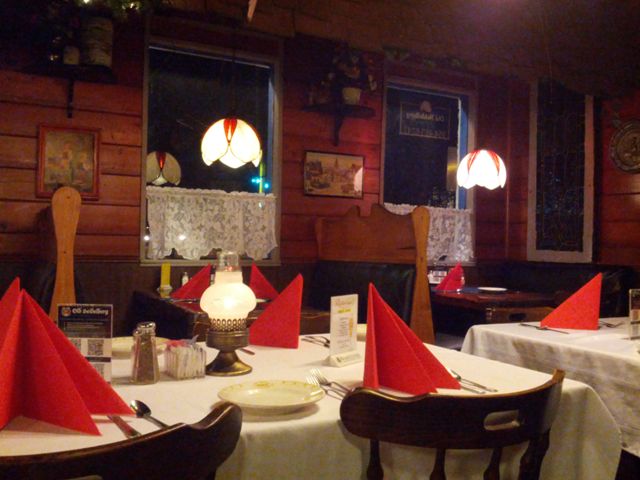 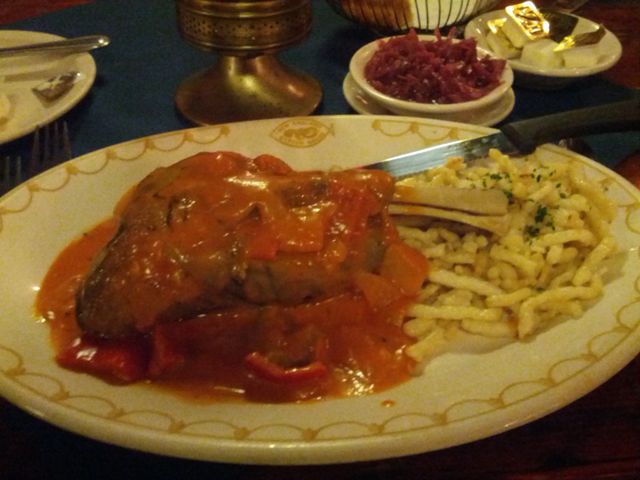 The lamb shank I had was excellent, as were the sides of spaetzle and red cabbage. I chased it with a Krombacher dark from their good selection of German beers on tap, served in glassware appropriate to the beer you are having. And I like that they still use vintage plates from the New England Oyster House.

There is a festive atmosphere in the place, with live entertainment nightly in the bar. It is like being in a real German tavern when you are inside because most of the friendly staff are from Germany and speak to each other in German part of the time. I got the impression that they have a lot of loyal regulars who frequent the place, which is not surprising judging by the good food and service and friendly atmosphere. To sum it up in one word, Old Heidelburg offers a feeling of gemütlichkeit!