Cuban food is SOOOO GOOD in Florida! And cheap! In Tampa, where the Cuban sandwich as we know it (aka the Cubano) was invented, there are plenty of options to choose from for Cuban food. Brocato’s has been making great sandwiches since 1948, and their Cuban is one of the best in the Tampa Bay area. I had a great Cuban media noche sandwich (midnight sandwich, a Cubano on egg bread) in downtown St. Petersburg at the award-winning Bodega. And if you are on a layover and short on time there are two casual restaurants not far from the airport which I was able to try on a recent visit and recommend highly for Cuban food: Arco-Iris and La Teresita (even if you are not in a hurry they are both well worth seeking out). But for the best atmosphere with your Cuban (and Spanish) food Columbia is the place! 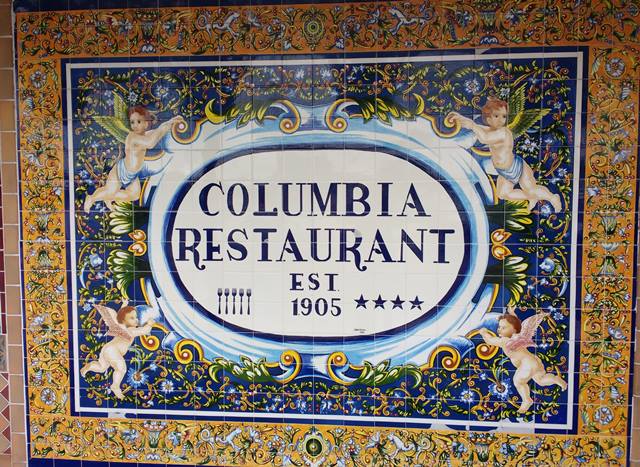 Established in Ybor City in 1905, Columbia is the oldest restaurant in Florida (they also claim to be the largest Spanish restaurant in the world, taking up an entire city block!). Cuban immigrant Casimiro Hernandez, Sr. opened the bar and café to serve the Cuban and Spanish cigar workers in the neighborhood (at its manufacturing peak in 1929 Ybor City’s cigar factories produced 500 million cigars!). 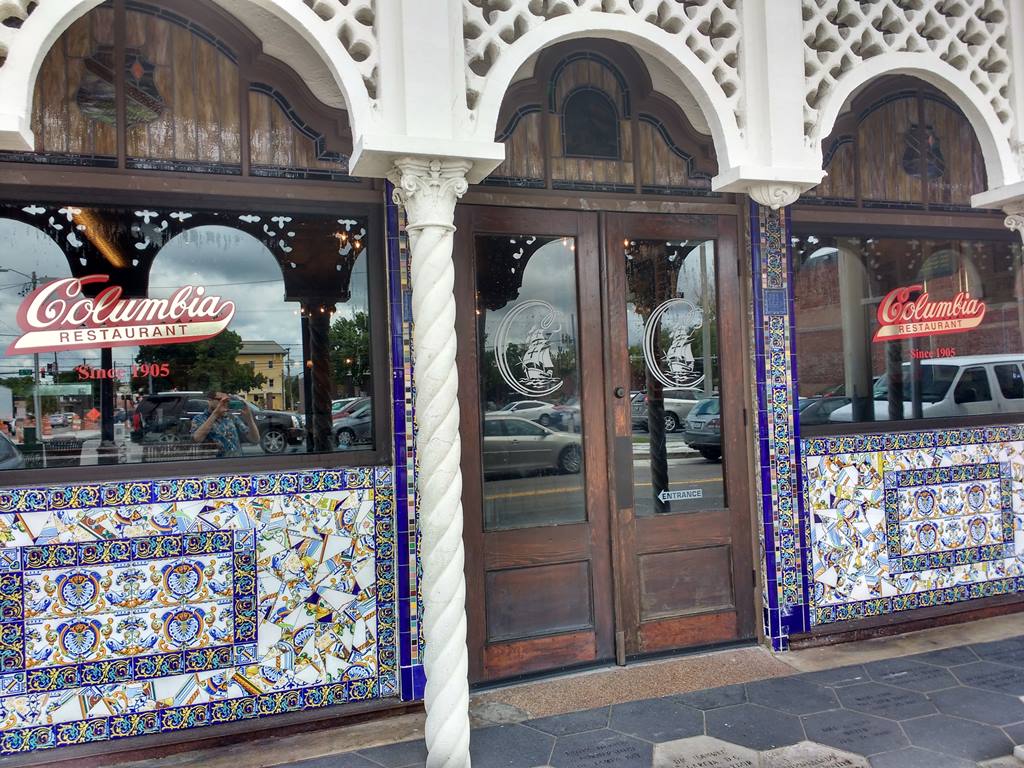 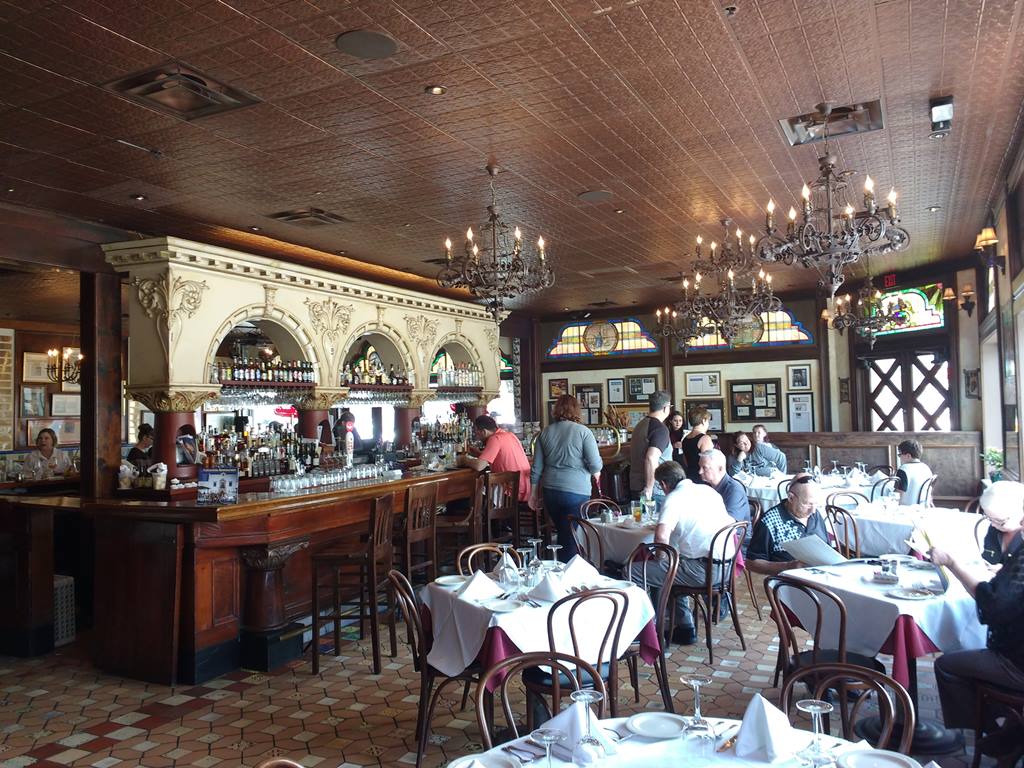 In 1930 Casimiro Hernandez, Sr. passed away and his son Casimiro Hernandez, Jr. took over running Columbia. In 1935 the Don Quixote Room was added, which was the first air-conditioned dining room in Tampa. It has Moorish doorways, a 19th-century chandelier, and a balcony with additional seating. 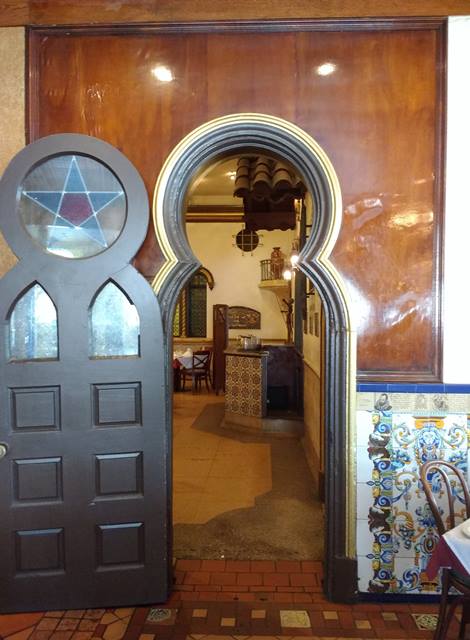 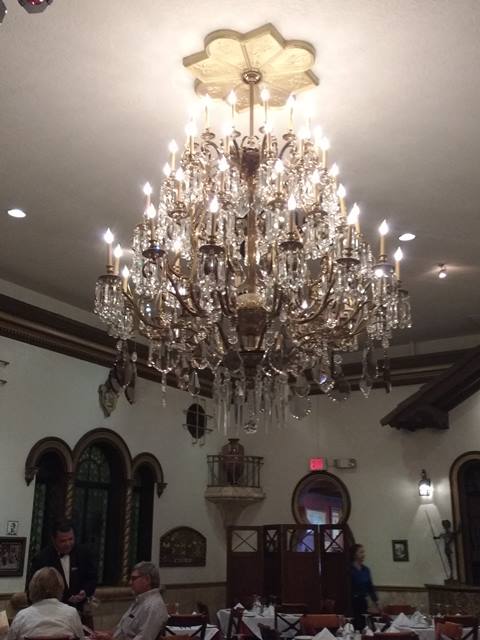 chandelier in the Don Quixote Room – photo by Dean Curtis, 2016 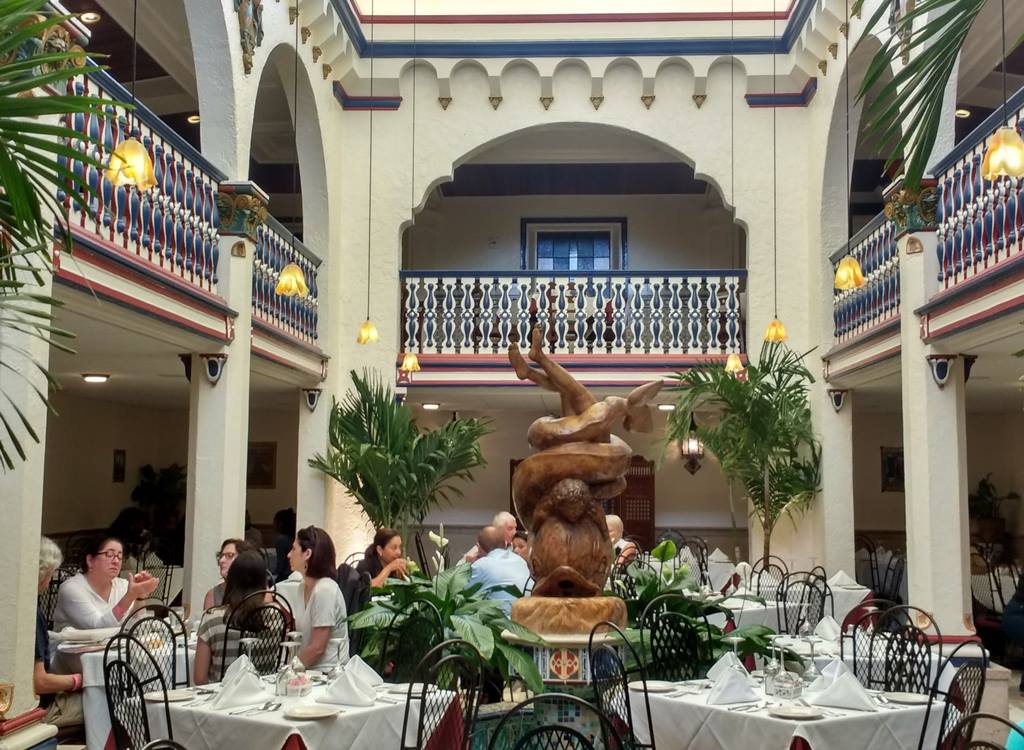 Casimiro and his wife Carmen had a daughter, Adele, a Julliard-trained concert pianist, who married Cesar Gonzmart, a concert violinist, in 1946. Cesar is hired to help run the restaurant. He expands further, adding the Siboney Room, a 300-seat showroom with top Latin entertainers, to help attract customers to the declining neighborhood. 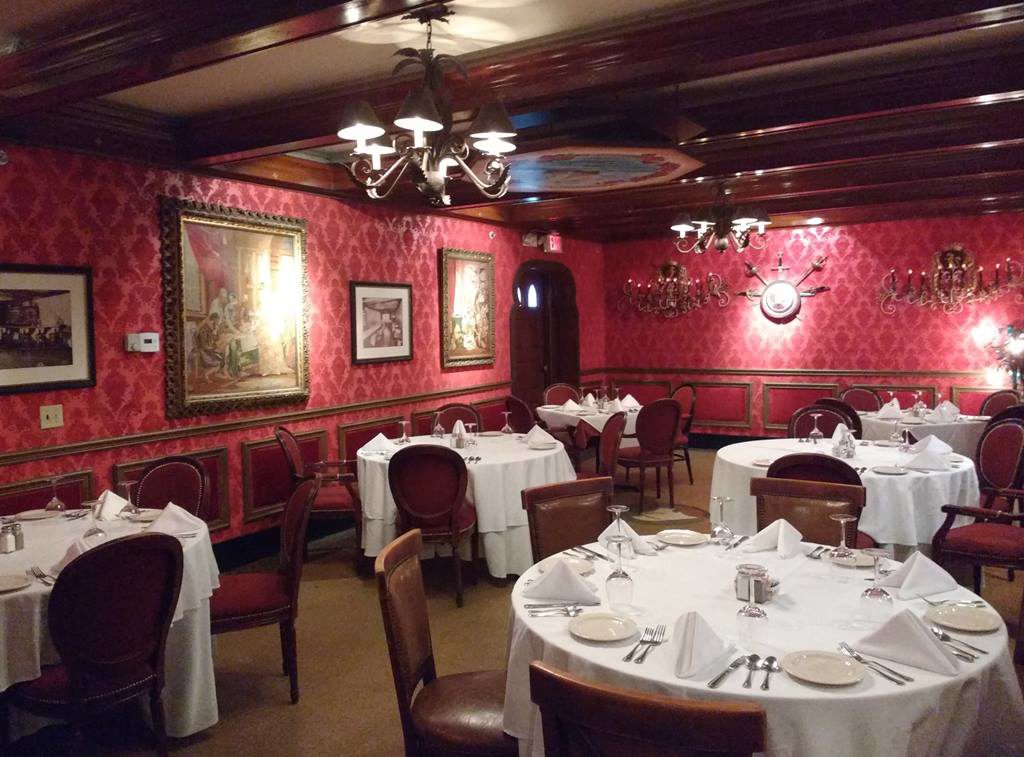 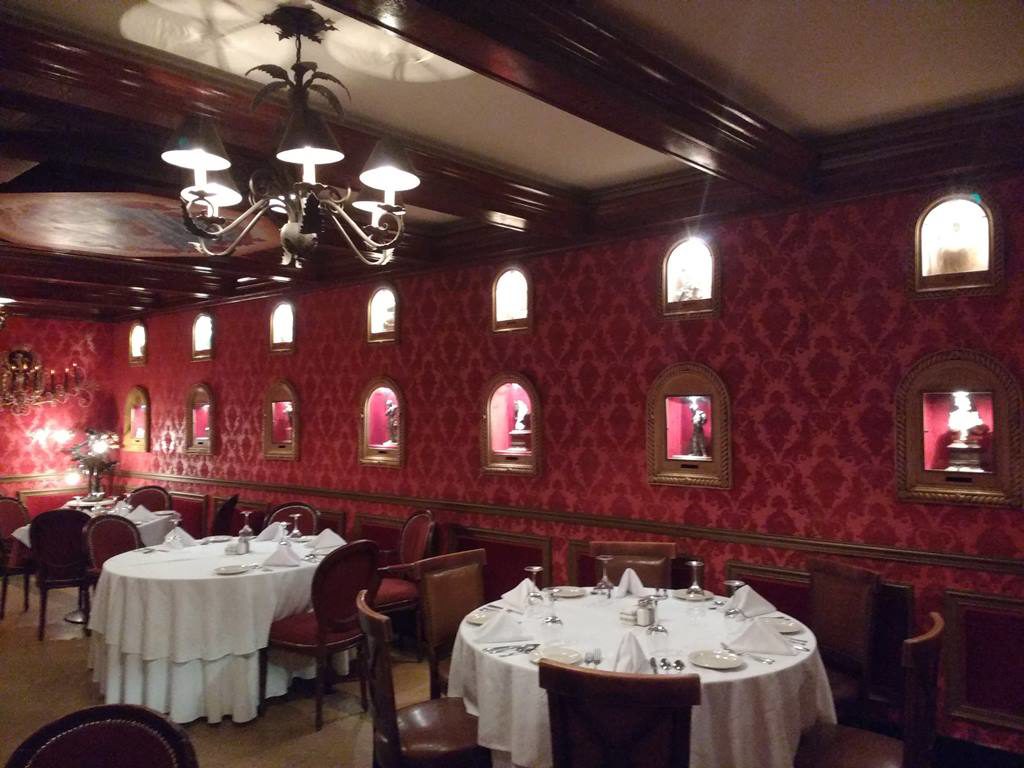 In 1959 the Columbia Restaurant opened in Sarasota, which is now Sarasota’s oldest restaurant. In 1962 Casimiro Hernandez, Jr. passed away. Cesar and Adela Gonzmart run the restaurant until 1970, when their sons Richard and Casey join them in operations. In the 1980s locations are added in St. Augustine and Clearwater Beach at Sand Key and in 1997 a fifth location is opened in Celebration, Florida. Columbia cafes have also opened recently at the Tampa History Center and the Tampa Airport. In 1992 Cesar passed away and his sons Richard and Casey, the 4th generation, run the restaurant today with many family members also in the restaurant’s employ. In 2004 much of the restaurant was renovated, with new dining rooms and a new kitchen added, but the older dining rooms thankfully remain. 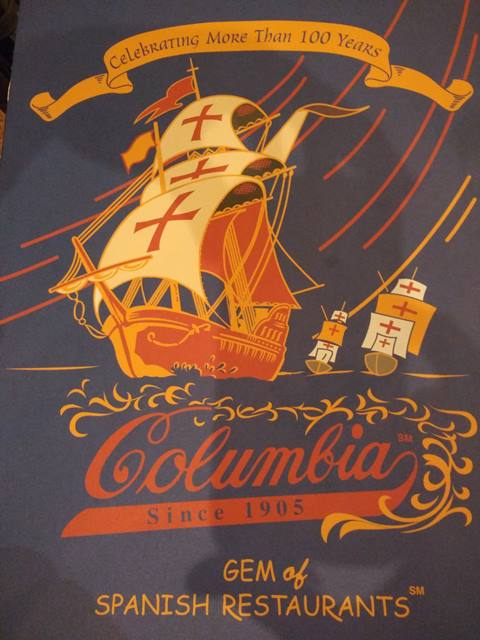 The menu, which has a beautiful cover portraying Columbus’ voyage, is loaded with Spanish and Cuban dishes. There are too many to list, but they are famous for their “1905 Salad”, a basic chef salad made into something special by their signature garlic dressing prepared tableside. The salad was tempting, but I opted for a starter of a deviled crab croquette (croqueta de alba) because I was excited to try it. A Tampa specialty since the Great Depression, it is blue crab meat with garlic and paprika rolled into an elongated ball, coated in bread crumbs and fried. The weather outside was hot so I ordered a large bowl of gazpacho, a chilled tomato-based Spanish soup served with fresh chopped vegetables and croutons, which are added by the server tableside (I appreciated the use of tableside flourishes by the classic waiters in dinner jackets and bow ties). Very delicious and refreshing! My friend loved his Salteado, a stir-fry type dish credited to Chinese immigrants in Cuba made with olive oil, garlic, onions, green peppers, mushrooms, potatoes, chorizo, red wine, and your choice of chicken beef or shrimp (served with yellow rice). His wife enjoyed the roast pork, which is marinated in citrus juice and roasted, then sliced and cooked some more in gravy until very tender. Their Cuban sandwich is made with Cuban bread from La Segunda Central Bakery, in Ybor City since 1915! Cuban bread is also served warm with every meal. For dessert their flan (from a 1933 family recipe) and their white chocolate bread pudding are legendary. 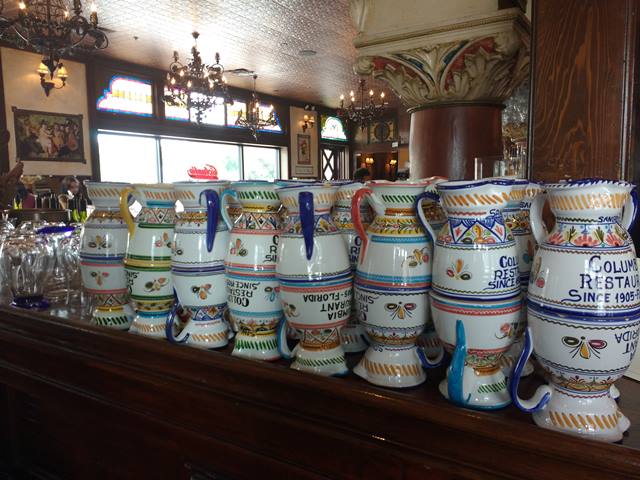 They serve mojitos and sangria, by the pitcher or glass, as well as cocktails. And they have a giant wine list of 234 pages, featuring many fine Spanish and California wines. 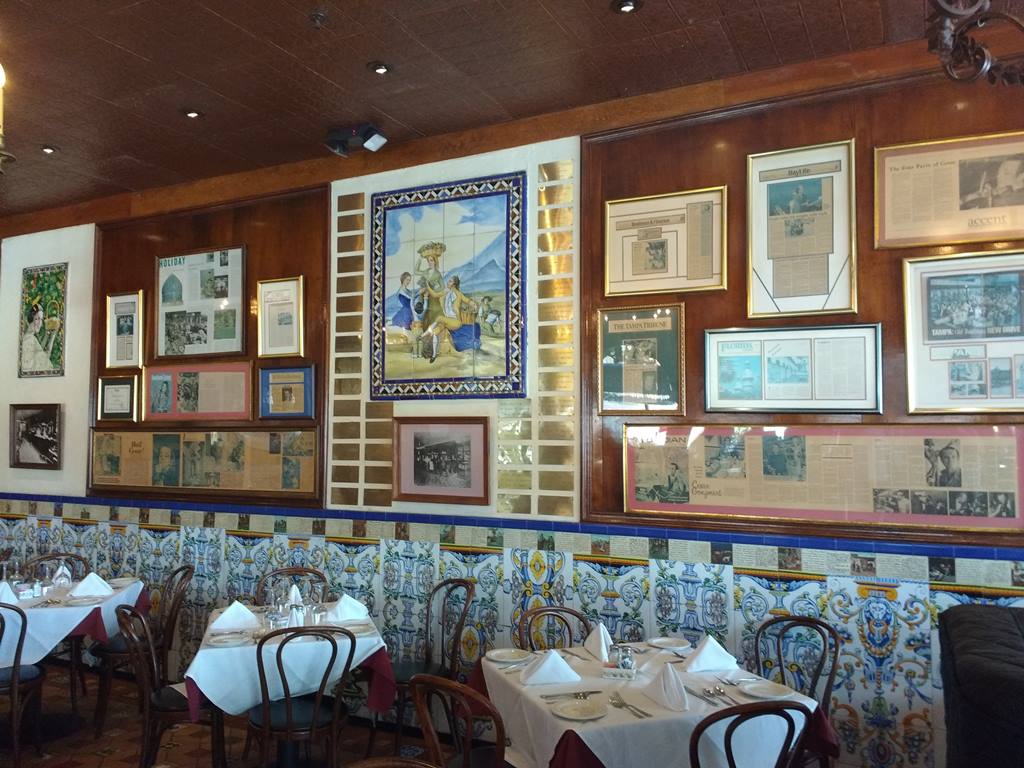 some of the press about Columbia restaurant is displayed in the original café dining room – photo by Dean Curtis, 2016

Take your time and explore this enormous restaurant complex. There are historical photos and documents in the halls, and multiple dining rooms, some for private functions. Even the dining rooms added in 2004 are beautiful. 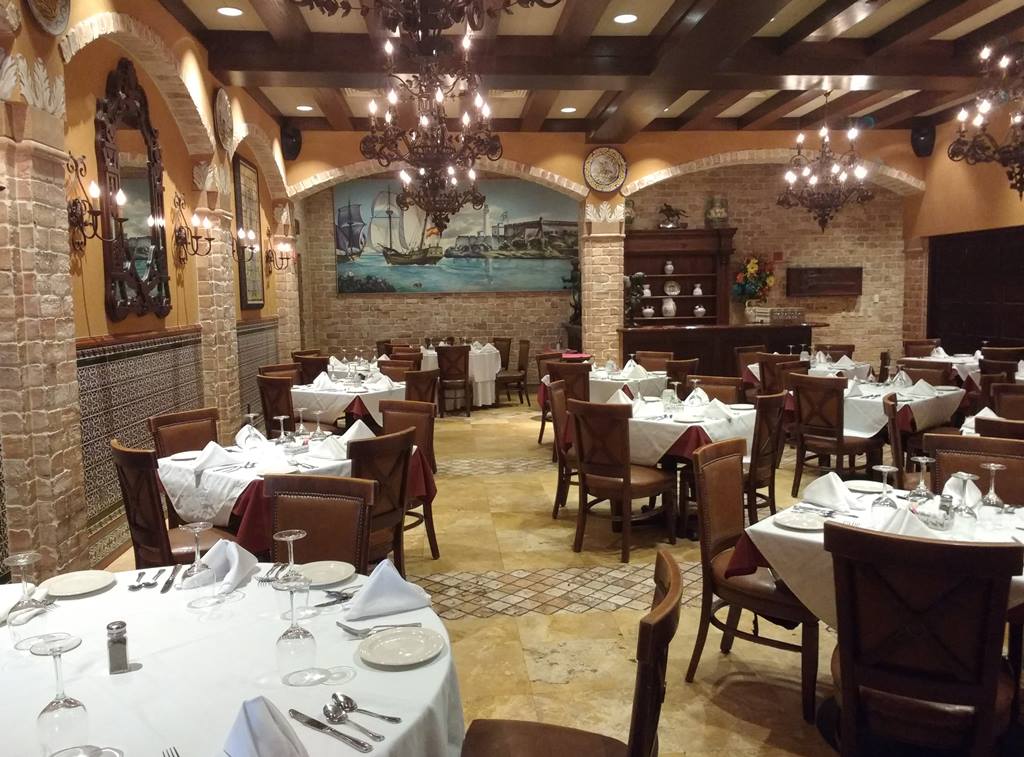 And there is magnificent tile work on the outside of the building. 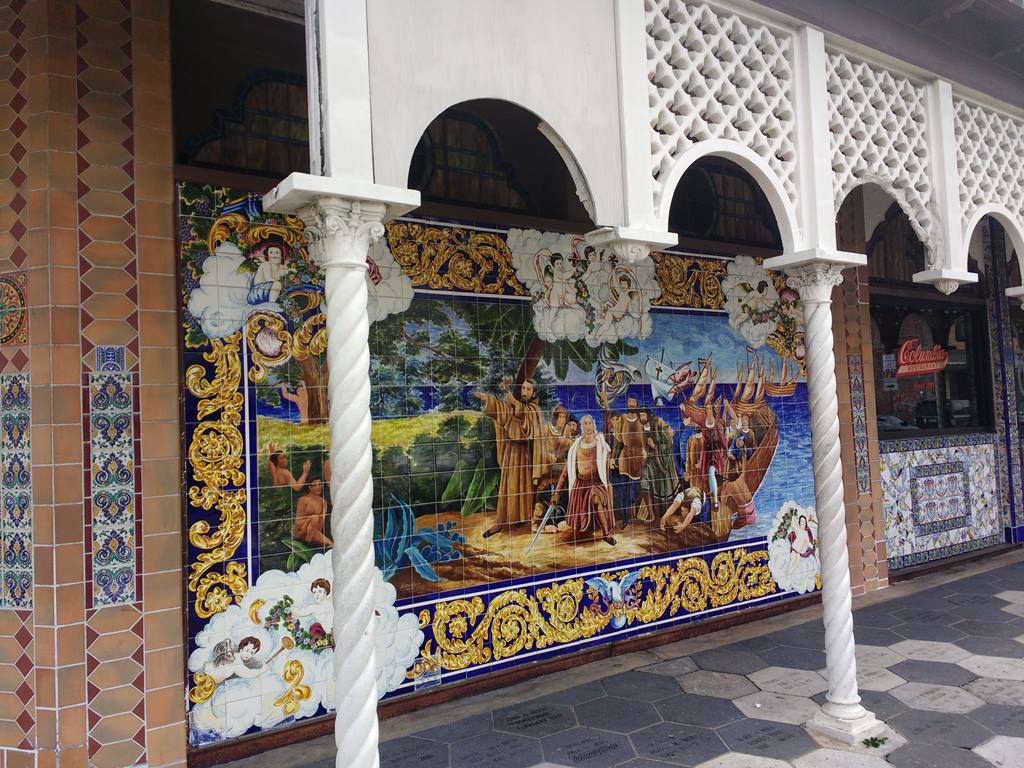 one of the tile murals on the building’s façade – photo by Dean Curtis, 2016

The Columbia restaurant is a true gem in Florida that is a must-visit dining experience!

I’ve been to South Florida many times and had a lot of Cuban food there. I’ve tried Cuban food in California (Southern and Northern) and it just doesn’t come close. So if you’re going to Florida, trying Cuban food should be on the top of your list. Miami has some famous Cuban restaurants that serve good food, but my favorite Cuban restaurant in Florida is in Fort Lauderdale. 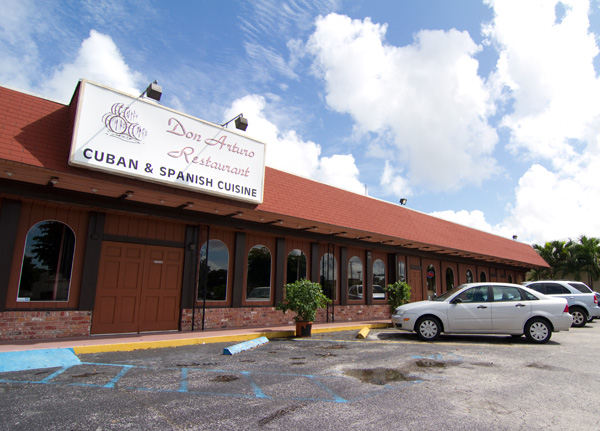 Don Arturo Restaurant opened in 1970 and the decor is 1960s American-Spanish (or Conquistador), with artworks of Spanish explorers and bullfighters, shields, wine barrels, trellises of ivy, hanging plants, and original colonial style furniture. 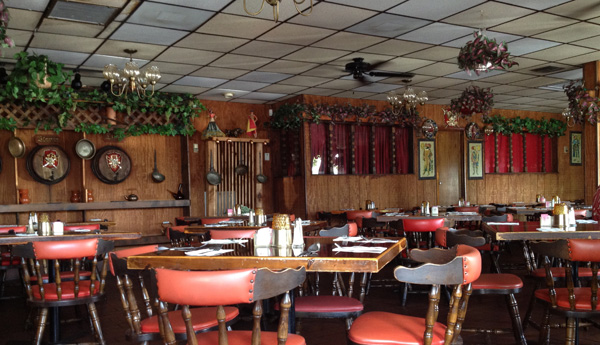 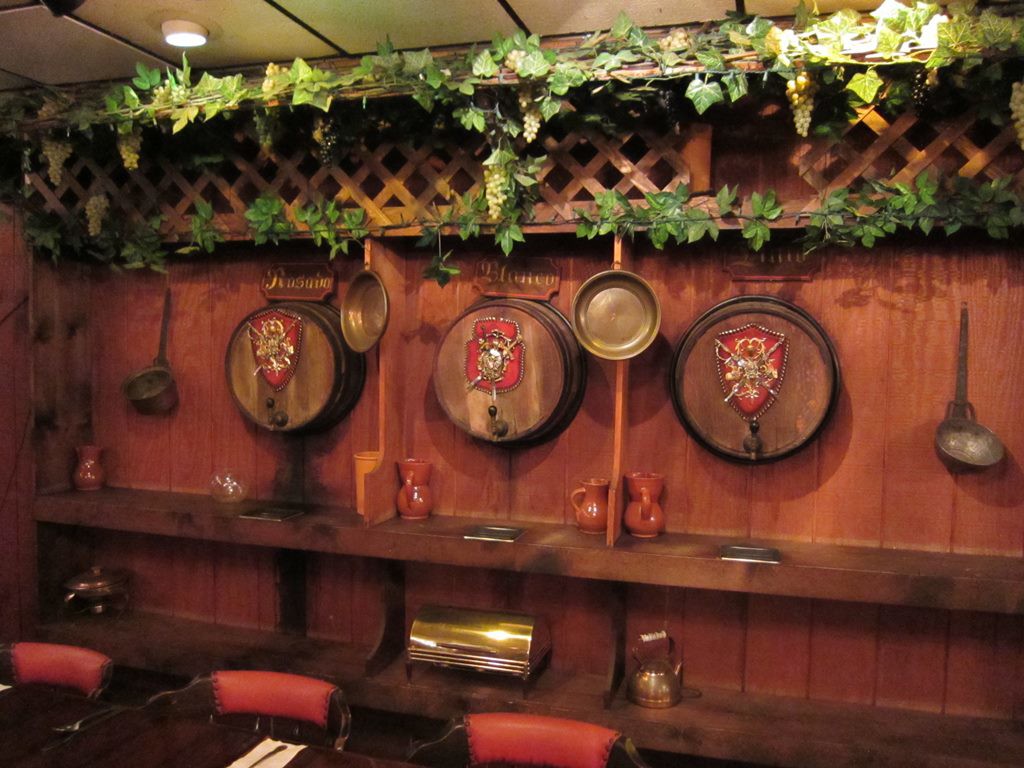 The restaurant’s menu has both Spanish and Cuban dishes, but I’ve always ordered from the Cuban section. They make a juicy and tender ropa vieja – stewed, shredded beef, which I’ve ordered on more than one visit. Pork dishes are also good choices, such as lechon asado – roast shredded pork (see photo), masas de puerco – pork chunks that reminded me of carnitas (tender chunks of pork refried to form a crust on the outside), pork filet, and pork chops. They also offer four different steaks, some chicken dishes, and several shrimp and fish dishes. Prices are reasonable, especially the lunch combination plates that range from $6.95 to $13.95 (the dinner menu is à la carte). 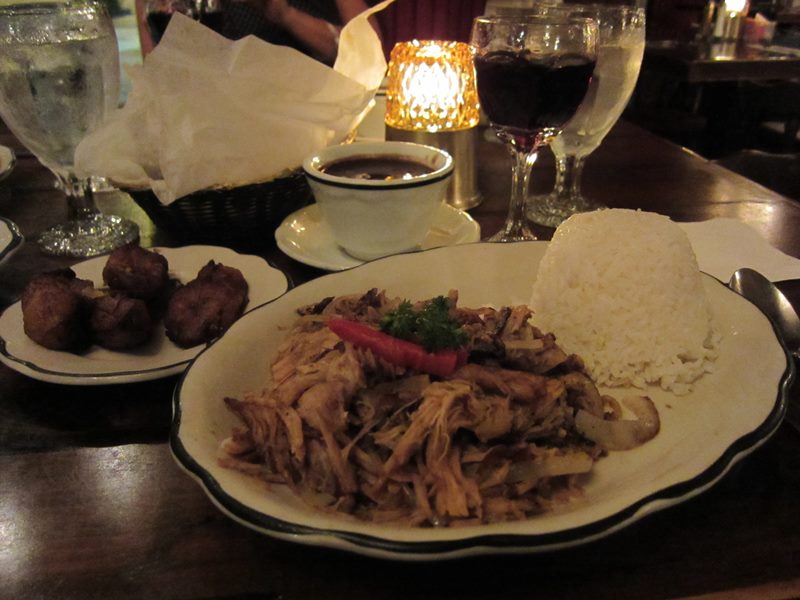 Here’s an example of how some people just don’t get the appeal of classic eateries with vintage decor that Le Continental appreciates (a review of Don Arturo from New Times of Broward/Palm Beach):

Nestled in a cinder-block building, Don Arturo is dark. Gothic chandeliers emit flat light, while red velvet curtains blanket windows. Plaques pepper wood paneling with medieval fighters in full regalia. The cobwebs-meet-garage-sale-décor is depressing. Too much space in between empty tables exacerbates our isolation. We drink with gusto to shift the imposing mood.

“Flat light”? What is that? “Depressing”? I don’t feel that way at all at Don Arturo! That review was depressing! And I like dark restaurants (though it’s not really very dark there): they are a soothing escape from the outside hustle and bustle. Bright restaurants often feel harsh to me. 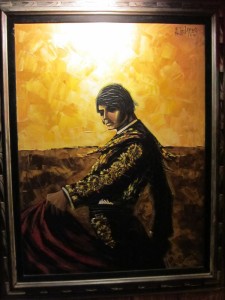