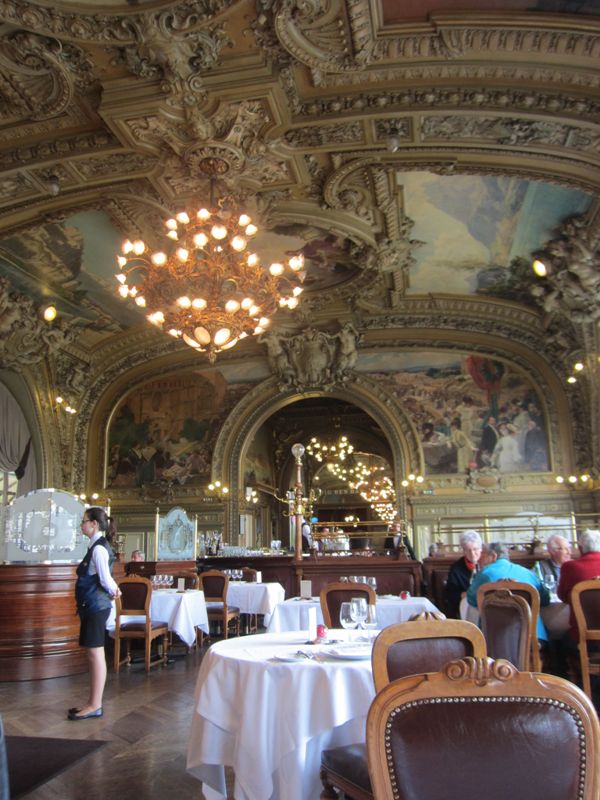 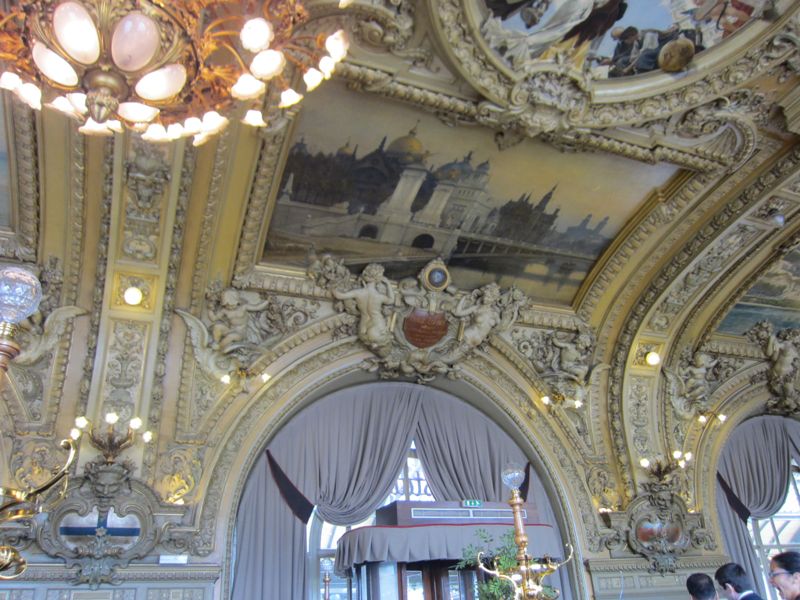 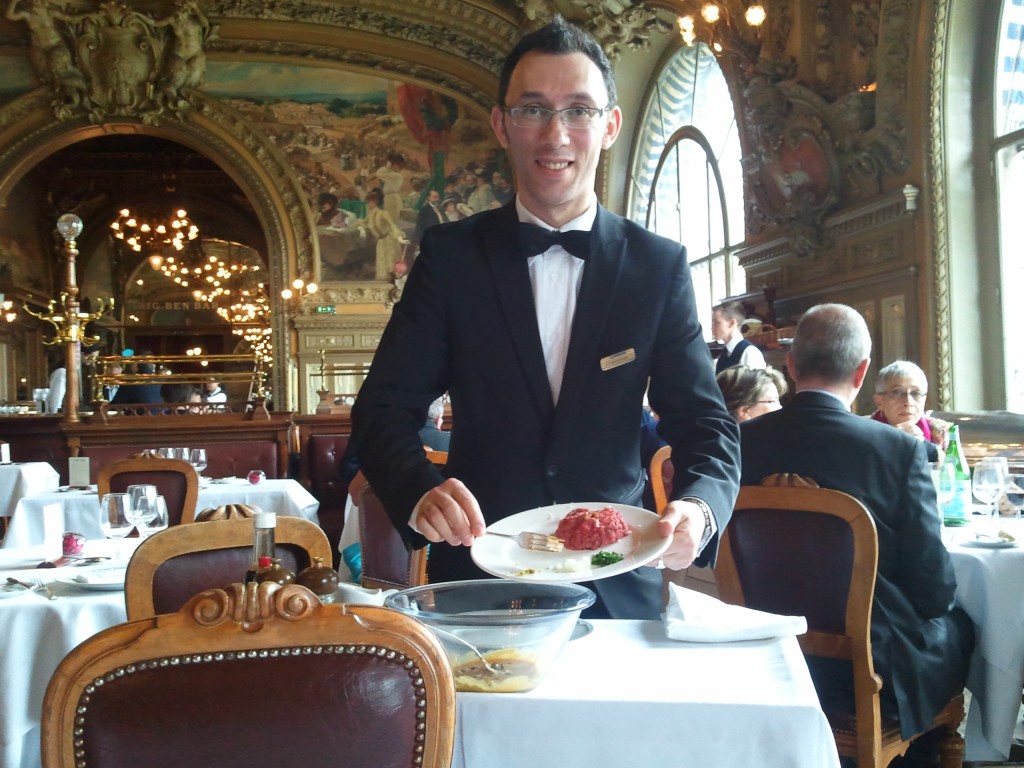 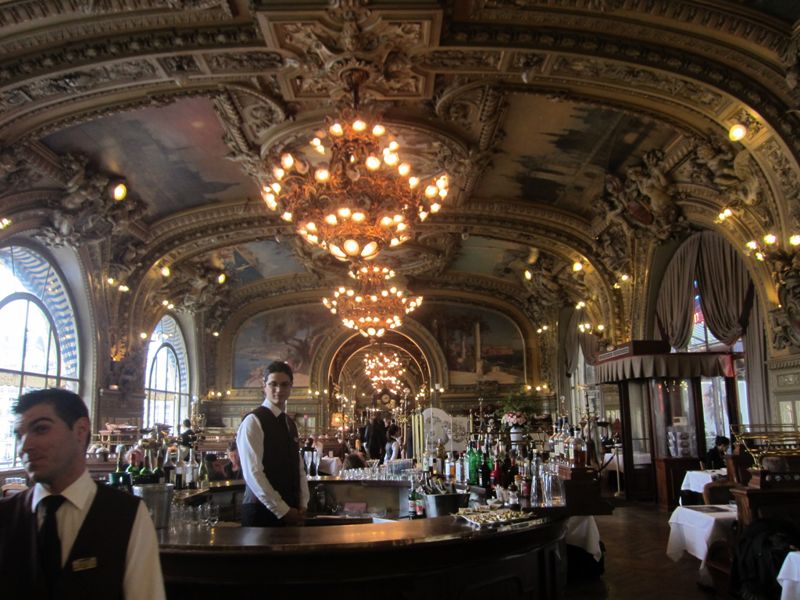 My first trip to Paris and I had to try frogs legs, so I headed to the most famous restaurant in Paris for frogs legs, Roger la Grenouille (Roger The Frog), in the charming Saint-Germain-des-Prés neighborhood (in the 6th arrondissement). Scant information on its history is available online, but I found out that it originally opened in 1930 by Roger Spinhirny in a cobbler’s shop. Over the years it became very famous and popular, hosting the Queen of England, popes, prime ministers of France, and famous entertainers. The decor was homey and classic with lots of good clutter: hanging pots and bottles, plenty of photos, art, and clippings on the wall to look at. I went for lunch to save a lot of money. There is usually a reasonable two or three course prix fixe meal at Parisian restaurants during lunch. Here a two course meal was 19 € (for an appetizer and main or a main with dessert) and a three course meal was 25 €. There was an amouse bouche of salmon mousse that was very good. My starter was a delicious savory foie gras crème brulée. My main course was battered and fried frogs legs with fried plantains and manioc root. The frogs legs tasted like chicken. No, really, they did! The small bones are a little difficult to manage, but I enjoyed them. They also serve frogs legs prepared in other ways (not fried) for dinner, but it’s quite expensive so it would be a waste if you didn’t like them. One my recent visit to Paris, I met up with some friends from the bay area for drinks at Le Déli-Cieux on the roof of Printemps department store (a wonderful, inexpensive, “under-the-radar” spot for a champagne and a light meal with an incredible view of Paris – take the elevator to the 9th floor). Afterwards we had drinks at Harry’s, and then headed for a restaurant we heard good things about, only to find it closed on Mondays. We were in the 9th district (Faubourg-Montmartre) so I suggested we check out one of the oldest restaurants in Paris (which I had on my list).

There was a line at Chez Chartier when we arrived very hungry, but the line moved pretty fast as the restaurant is a big place. Originally opened in 1896 by the Chartier brothers, Frédéric and Camille, by the name Le Bouillon Chartier as a brasserie for the working classes to dine on a meat and vegetable stew (bouillon). 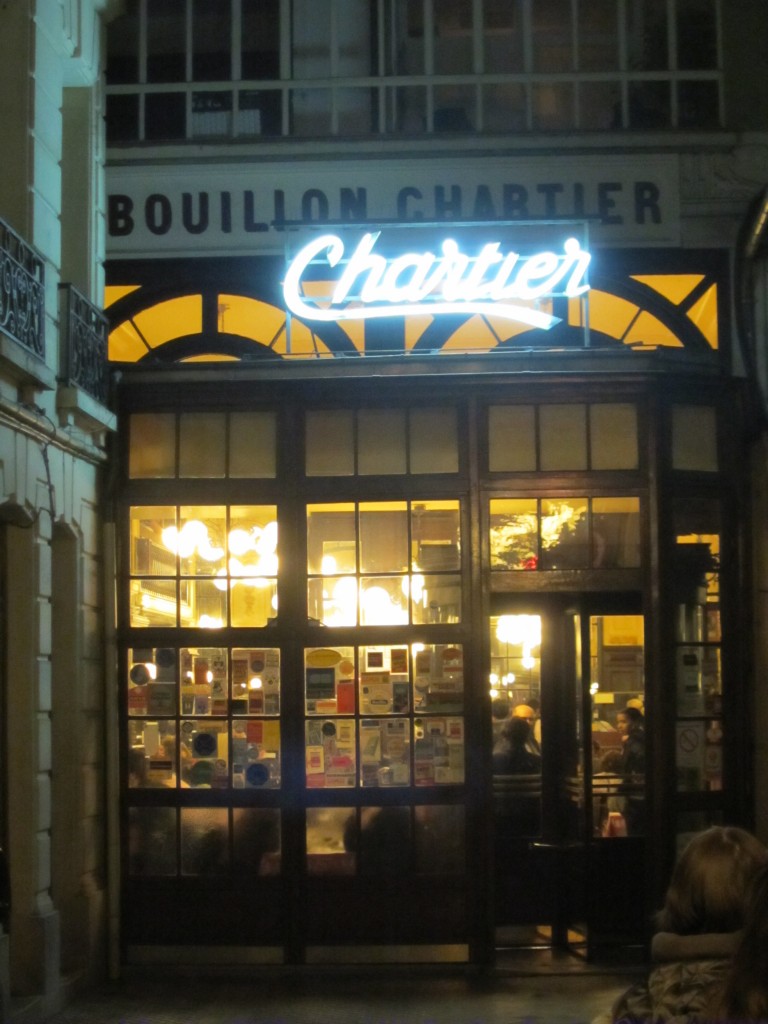 The dining room hasn’t changed much since it was designed in the Belle Époque era. The ceiling is very high and there is a mezzanine with additional seating. There is a skylight, dark wood and mirrors on the walls, and hat racks all the way down the center of the space. It was very crowded and bustling with waiters wearing the traditional rondin, a black waistcoat with many pockets, and long white aprons. 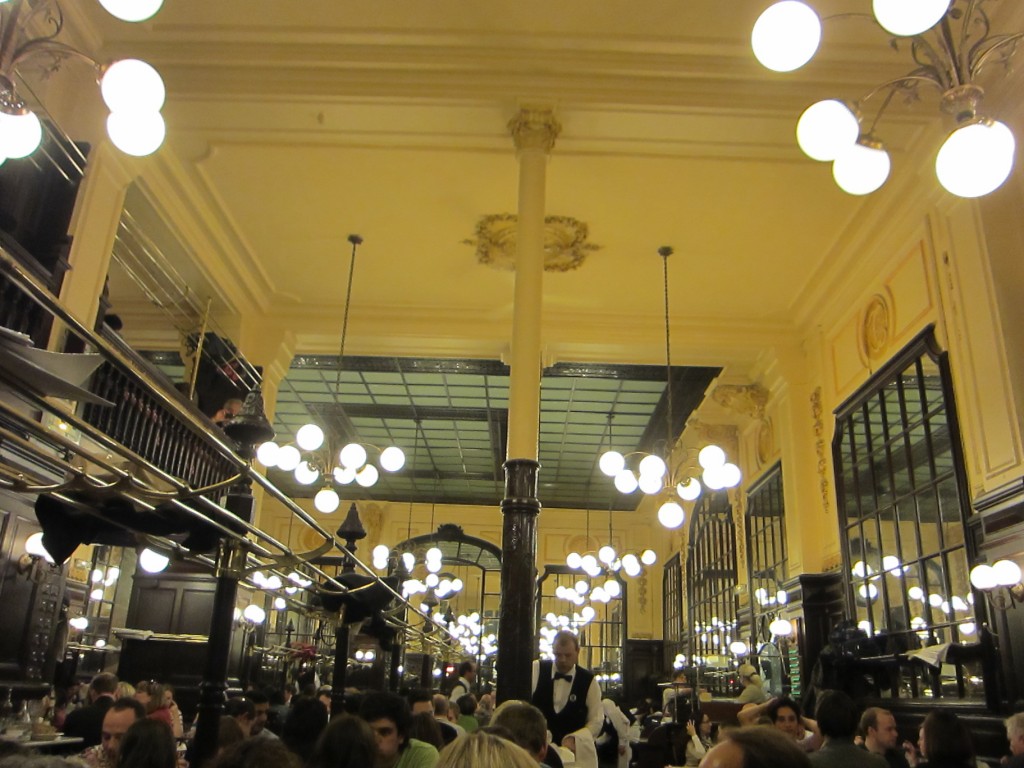 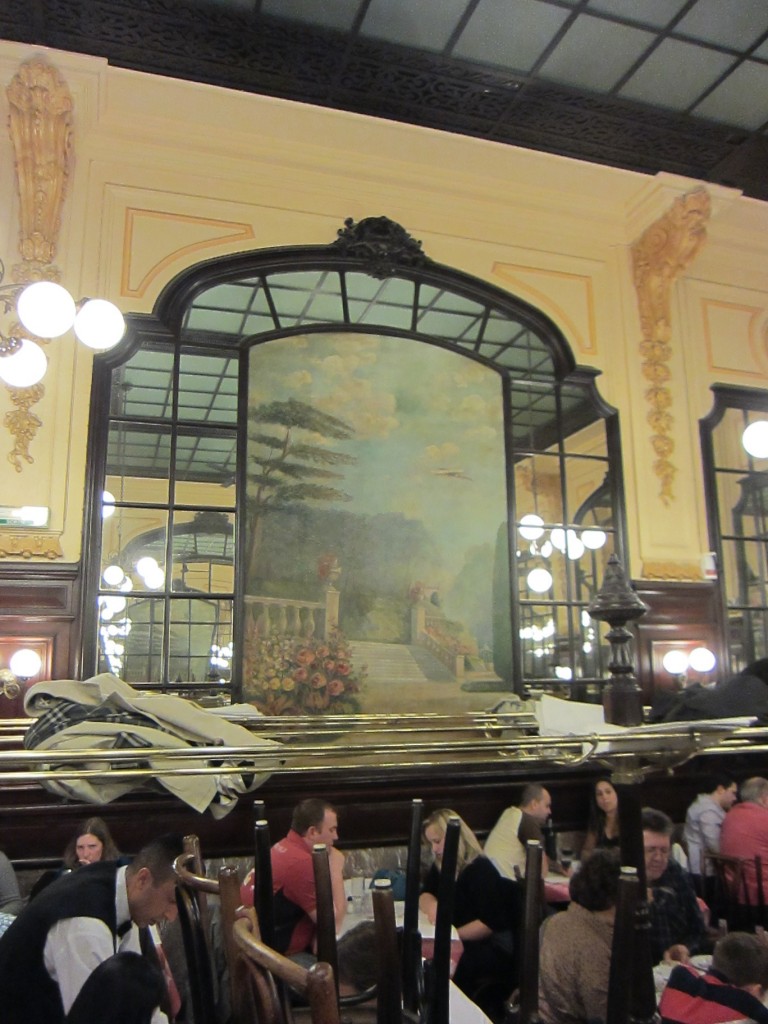 My advice is to go with a friend who speaks some French because the waiters are very busy and don’t have time to translate every item on the extensive menu of basic traditional French food at reasonable prices. They aren’t brusque, but they are fast and efficient (like at Tadich Grill in San Francisco). Despite the beautiful décor and fancy dressed waiters, it’s a fairly casual restaurant. The waiter writes down your order on the tablecloth so there’s no question about what you ordered later on. Good luck reading it though!

The food was simple and pretty good, yet nothing truly memorable. Your best bet is to stick with the classics, which is pretty much all they serve. I ordered the frisee salad with bacon and steak frites. I recommend skipping dessert, as we tried three of them, and they ranged from so-so to awful (including their famous Chantilly cream). 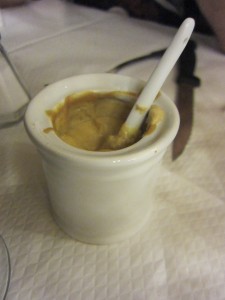 Eating here is mostly about the setting, not about the food. And brush up on your French, or bring a French-speaking friend because when the waiter stares at you while you mangle his language it can be a little unnerving. 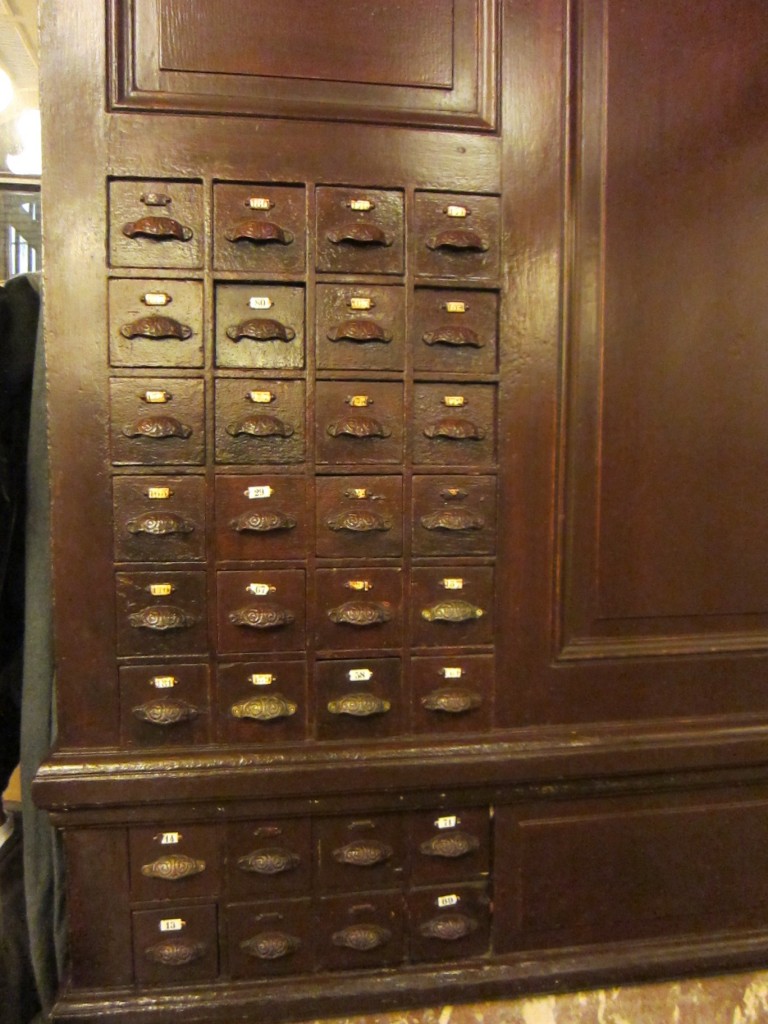 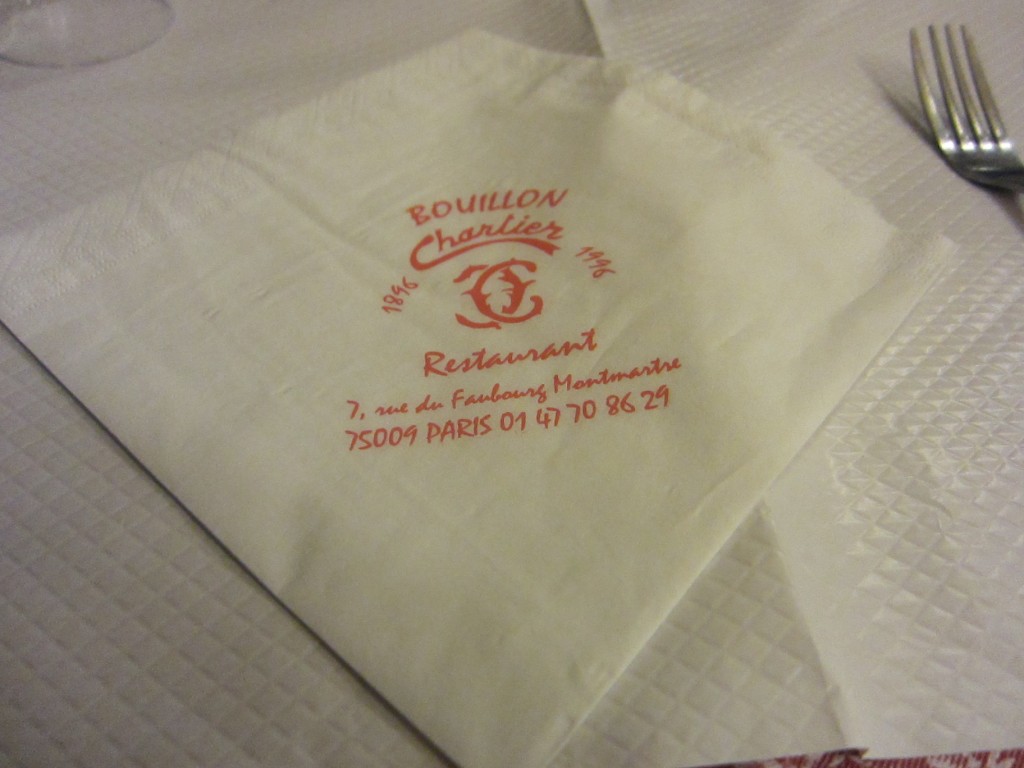 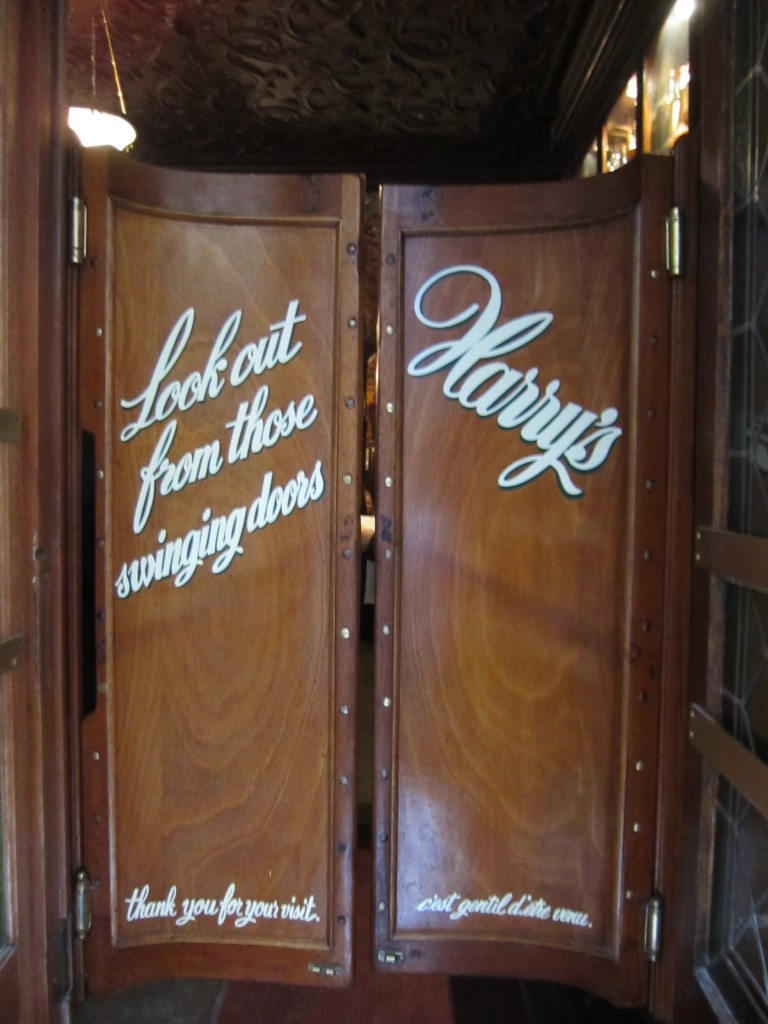 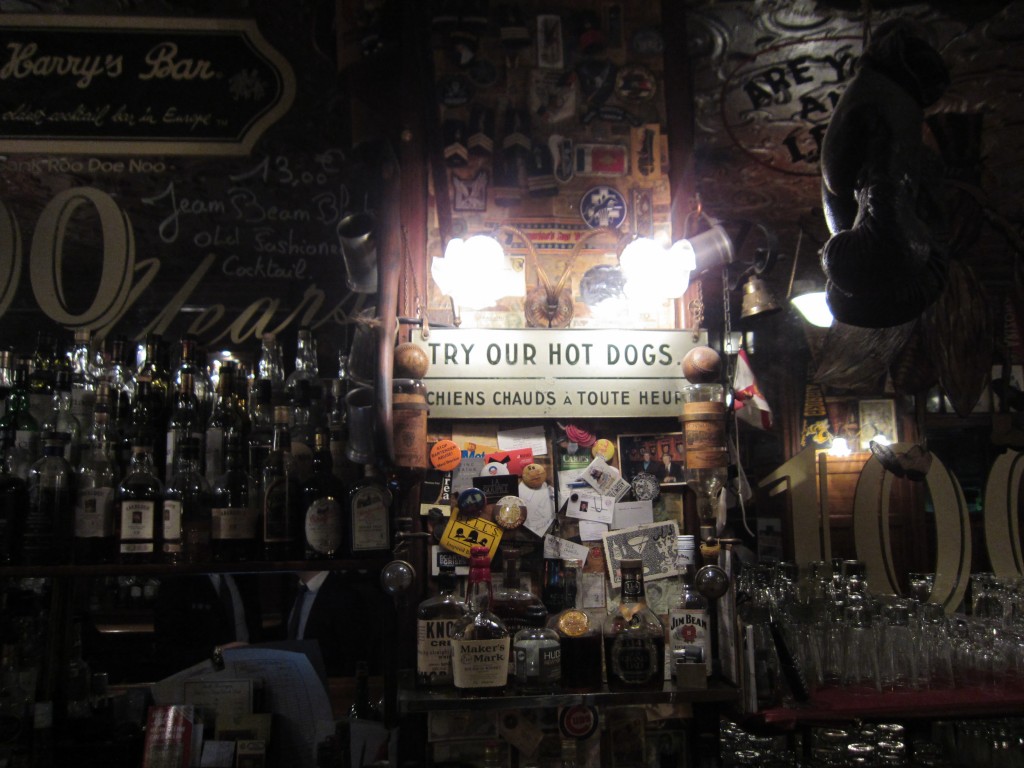 I recently spent a nice vacation on the European continent, which explains my lack of posts lately (I could have posted while traveling, but data rates and vacation laziness interfered).

My first day in Paris (my first time in the lovely city) I made a point of having lunch at L’Escargot Montorgueil, on a friend’s recommendation, at its current location in the 1st arrondissement (Les Halles area) since 1875 (according to Paris Historic Monuments Registry, though it started as a shop selling escargots and shellfish in 1832). 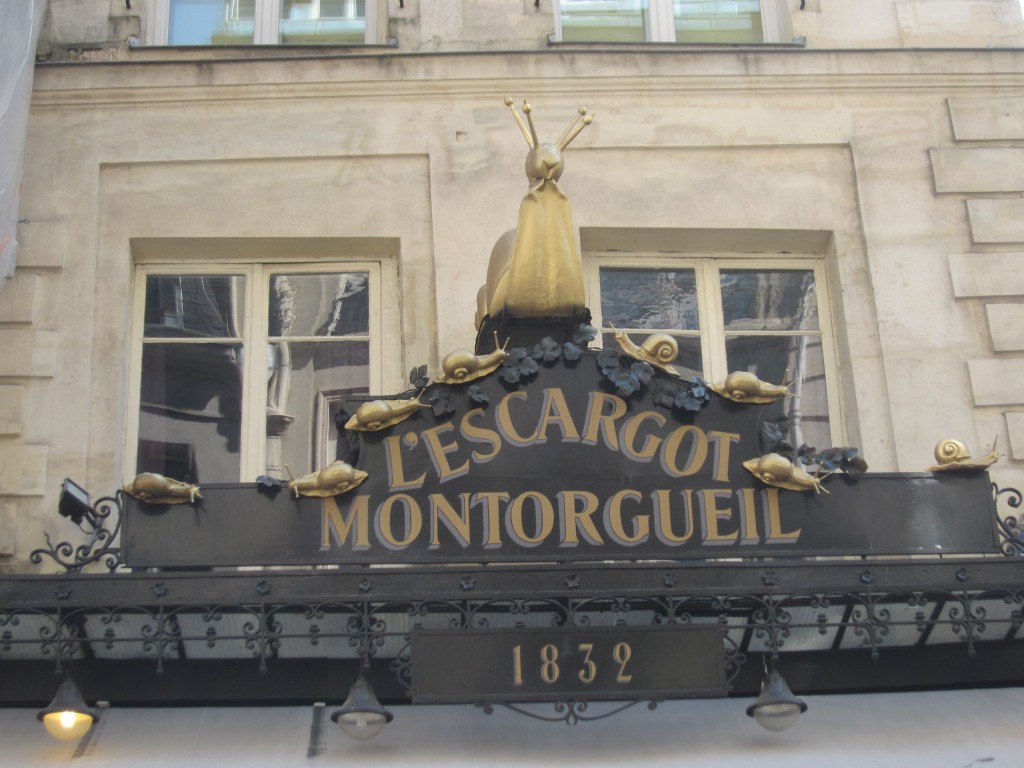 The beautiful interior was mostly decorated (as it exists now) in 1900. 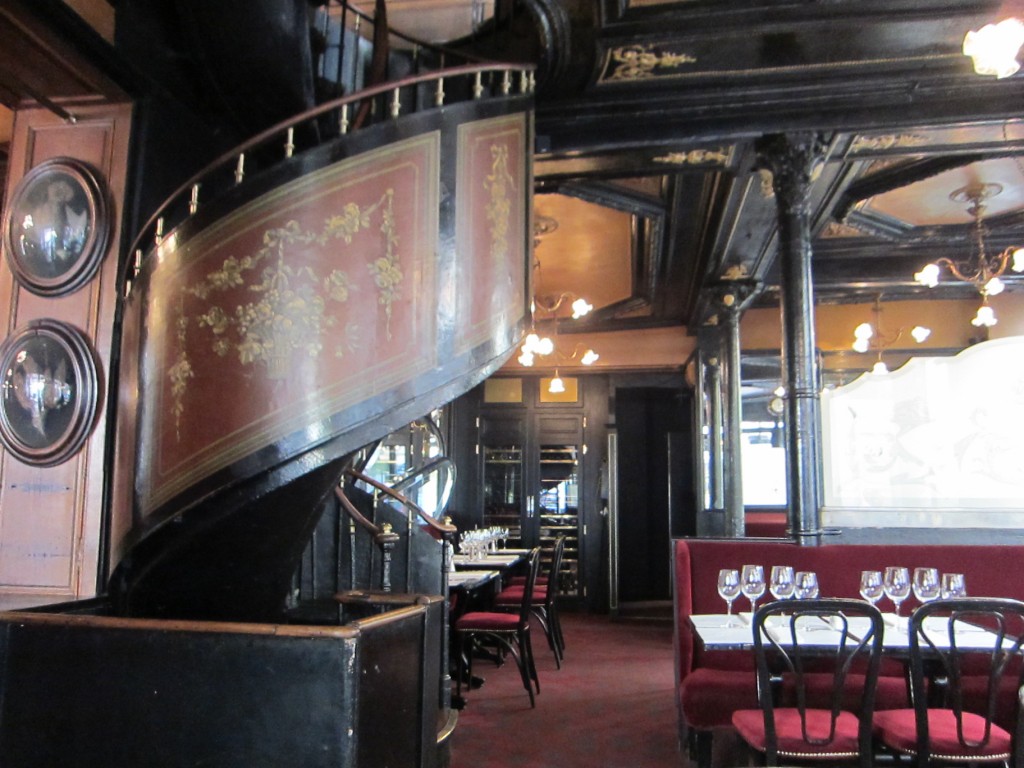 I started with their signature escargots with butter, garlic and parsley, which they invented in 1837 and haven’t changed since (watch video), and a somewhat dry, fruity white wine (I never had a mediocre glass of wine in Paris). Magnifique! 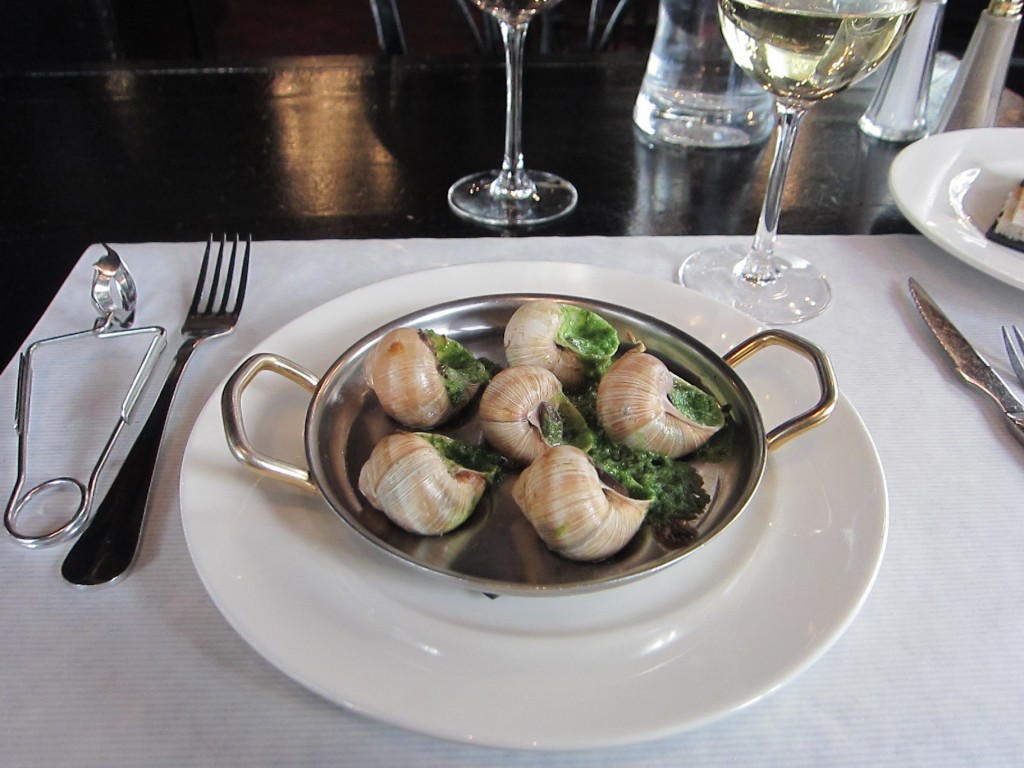 For my main course I chose the pork chop. Seriously, it was the best tasting pork chop I have ever had (a close second was the barbecued pork chop at Kreuz Market in Lockhart, Texas), a bone-in rib chop perfectly cooked to a pinkish medium doneness (just look at that brown crust in my slightly blurry photo). I enjoyed a glass of rosé with my pork (often a good choice in France, from what I’ve read). The French are great at taking a simple dish and making it perfect. 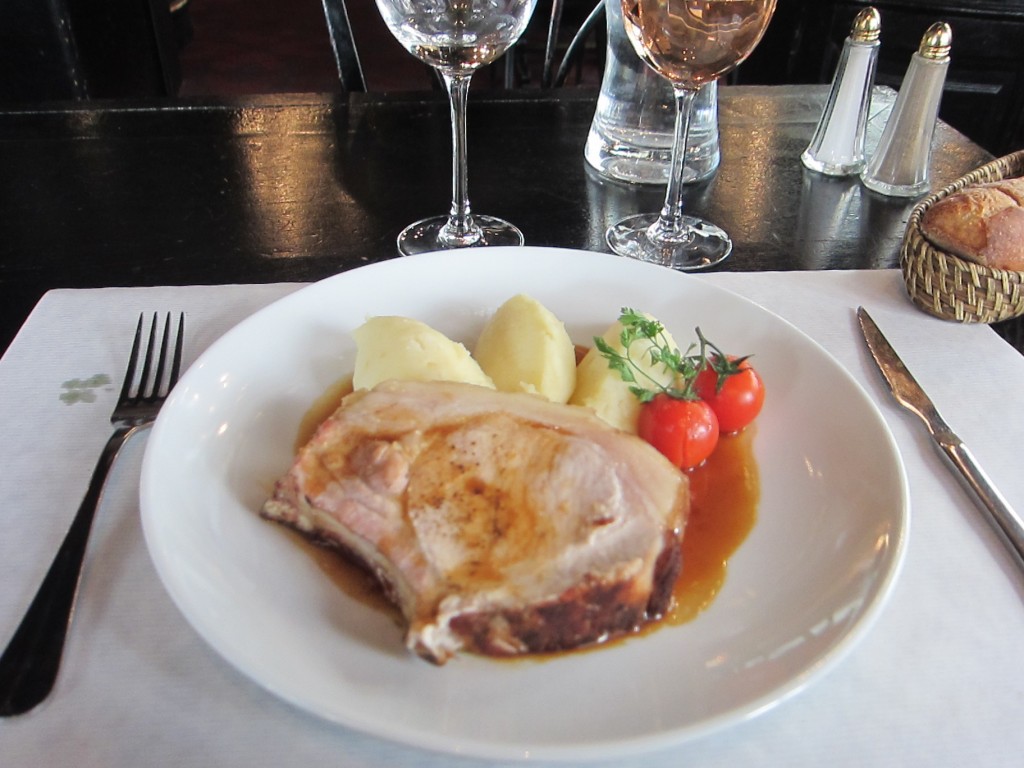 The service was exceptional, the atmosphere lovely, and the food was superb. The prices are pretty high but during lunch they have a prix fixe menu (as do most Parisian restaurants) at 35 euros for 2 courses (entrée + main or main + dessert) or 45 euros for 3 courses (entrée + main + dessert) – wine is extra. Since I had bought some French pastries earlier I skipped dessert and had some of those. 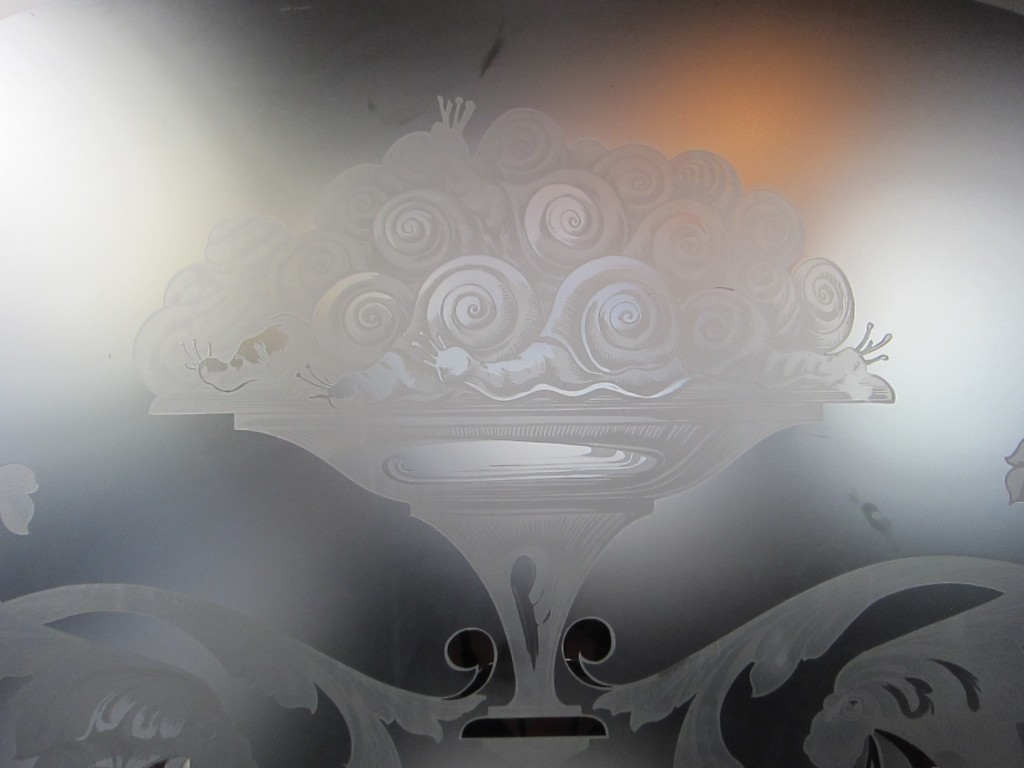