Recently I visited Stockholm for the first time. Such a beautiful and friendly city, with many historic restaurants and cafes. Perhaps the most famous historic restaurant in Stockholm is Den Gyldene Freden, which holds the Guinness Book record for the oldest restaurant in the world still in its original location. The Freden (which is how I will refer to it from here on) opened in 1722, just after the 1720-21 peace treaties between Sweden and Russia and Denmark and around the time Sweden switched from a monarchy to a parliamentary form of government, entering its “Age of Liberty” (Den Gyldene Freden translates to The Guilded Peace). 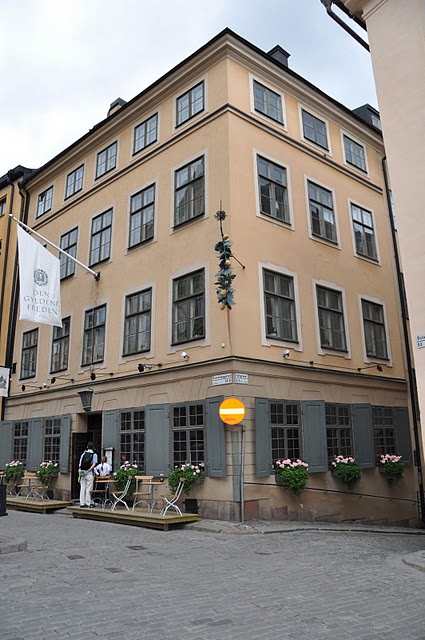 Stockholm in the early 18th century was a drinking city. Food was generally pretty salty (to help preserve it) and the drinking water was not very palatable, so beer and spirits were the preferred beverages. Gamla Stan (old town) was where most of Stockholm’s 60,000 people lived and there were about 790 taverns (about one per 75 persons) to quench their thirst. Bartender Petter Hellberg opened the Freden and ran it with his son Zacharias until 1735. The Freden’s barman Johan Holmberg took it over in 1750. The famous poet, singer, composer, and musician Carl Micheal Bellman was a frequent customer at this time, befriending the waiter Johan Hollinder, who became the new owner in 1794. The Bellman’s Memory Society was formed in the 19th century to honor Bellman’s memory and held its meetings at the Freden.

Many other famous Swedish figures frequented the Freden over the centuries, including songwriter J. D. Valerius, poet Erik Johan Stagnelius, and author Evert Taube. The Swedish Academy has held their meetings at the Freden since the 1920s. There they select the winner of the annual Nobel Prize in Literature.

Additional floors were added to the building in the 19th century and it operated as a hotel for about 40 years.

When the restaurant was put on the market in 1919 a regular customer, the famous artist Anders Zorn, spent SEK 300,000 (an enormous amount at the time) to purchase and renovate the Freden back to its former glory.  Sadly he passed away before it was finished, but architect Torsten Stubelius followed Zorn’s plans to the letter, designing cutlery and dinnerware for the restaurant and returning certain dishes to the menu dating back to the 18th century. During the three years of renovations the restaurant was expanded, opening up cellar dining rooms which had been walled in before and creating new dining rooms on the upper floors which were decorated in 18th century style and 19th century Empire style. The “new” Freden opened in 1922. Although the Freden has gone through a few owners since the 1920s, even closing for 4 years in the 1980s, Zorn’s restaurant is the Freden that you can visit today.

A Tour of the Freden

Upon entering the restaurant are the two original 1722 dining rooms on each side of the entry hall. The left one features the Evert Taube table where the famous 20th century Stockholm author often dined. 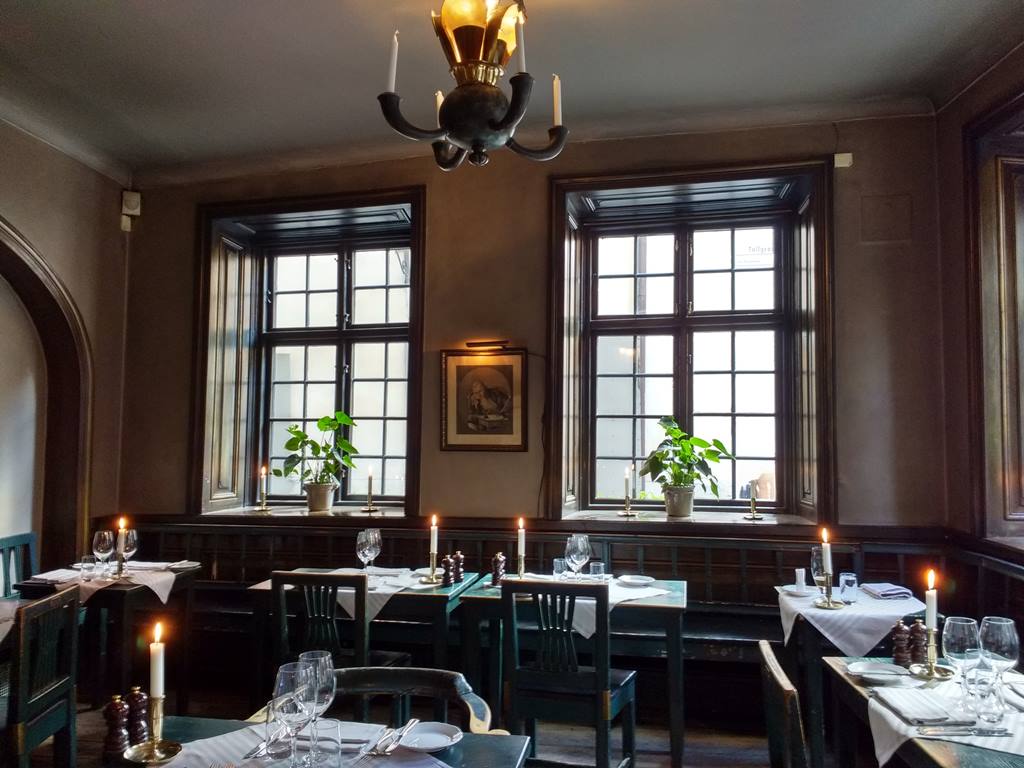 Down the hall past the dining rooms is a bar on the left and a stairway on the right which leads to more dining rooms. 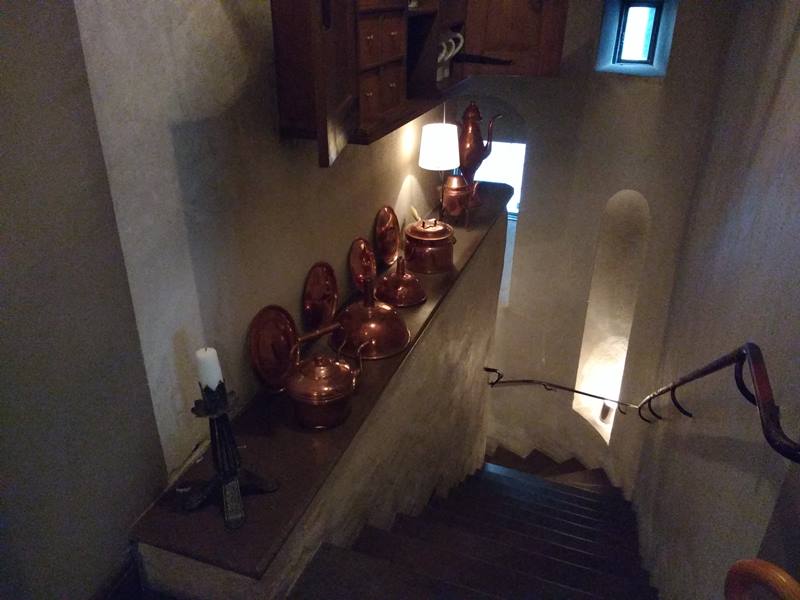 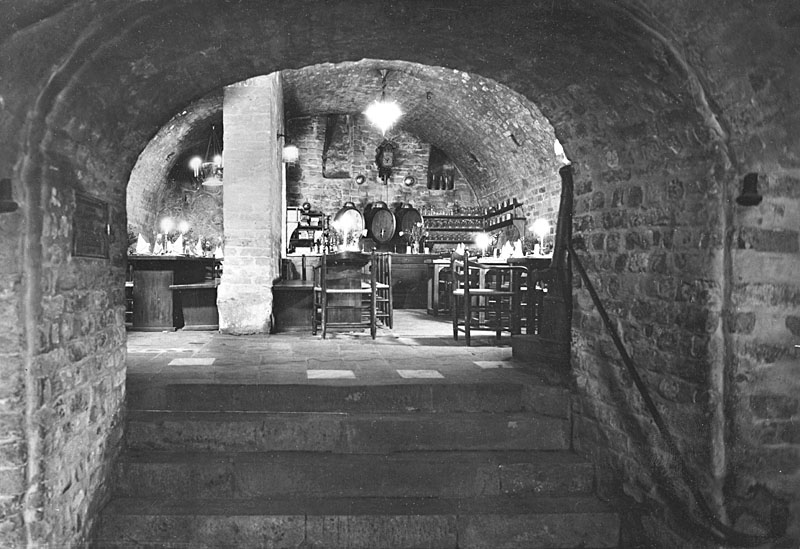 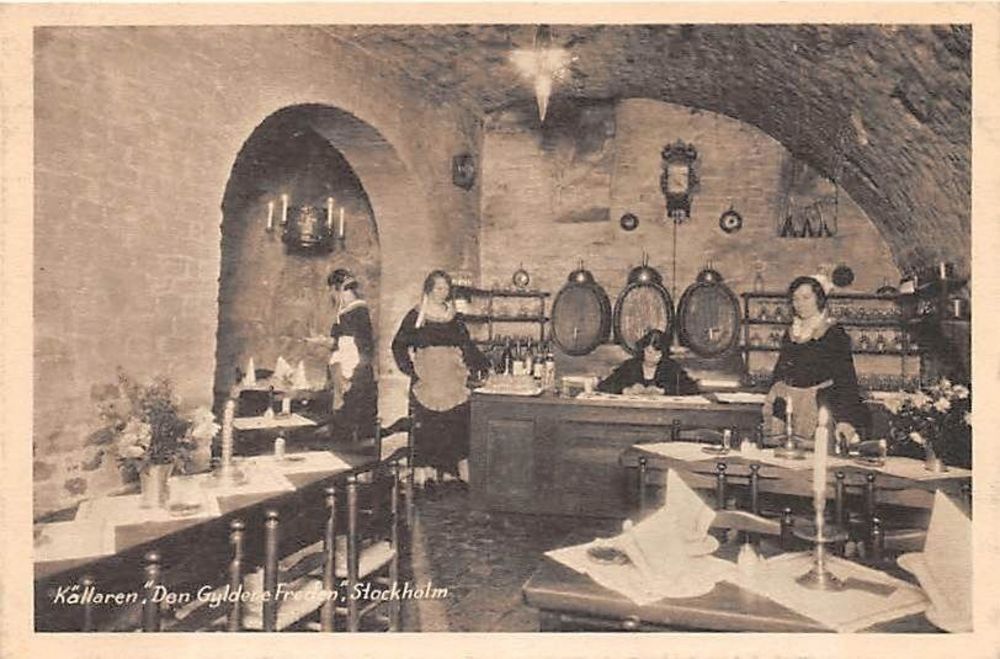 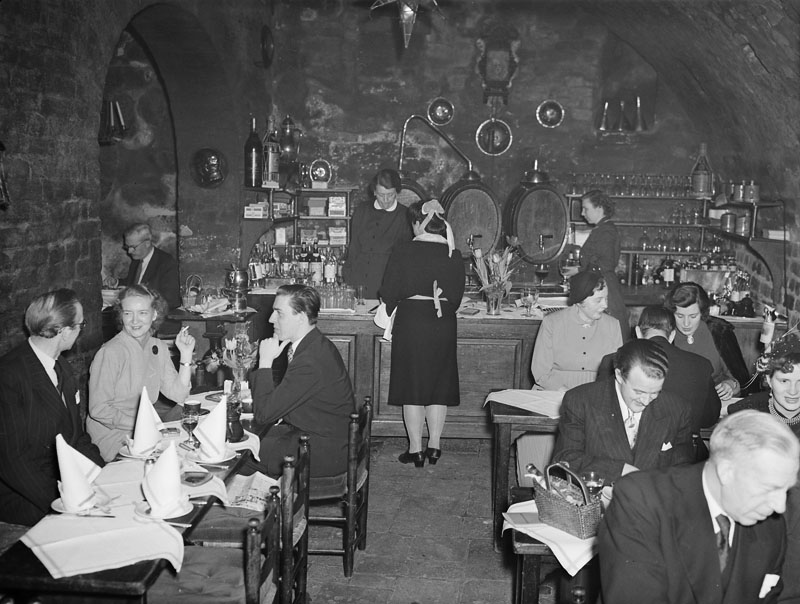 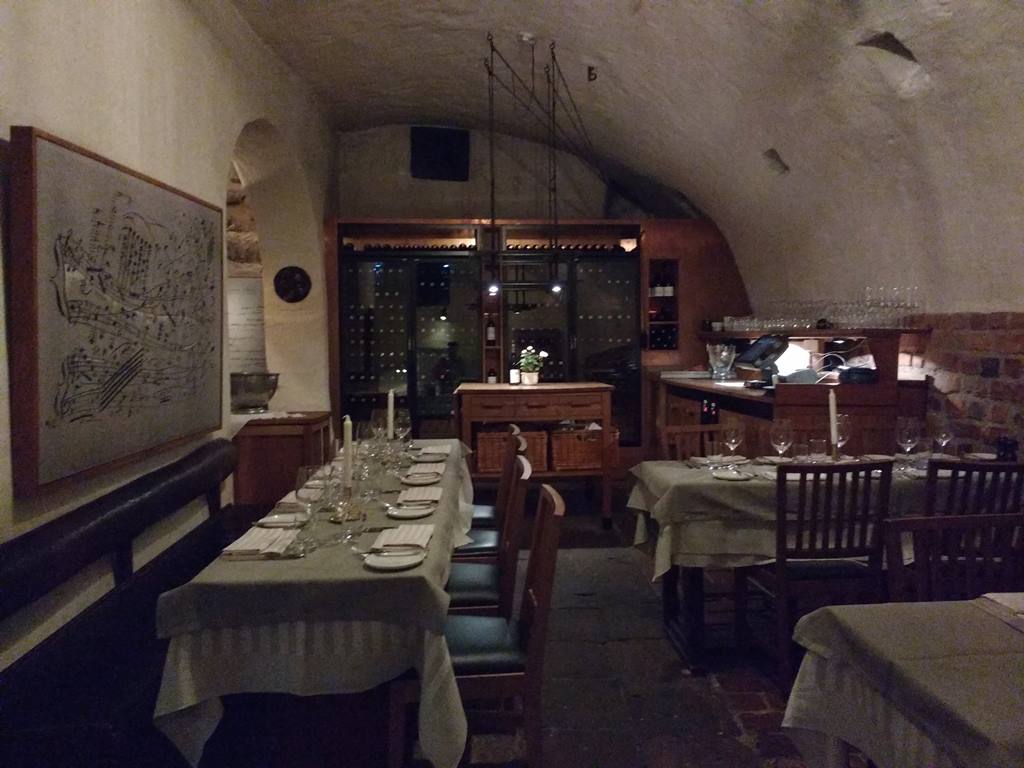 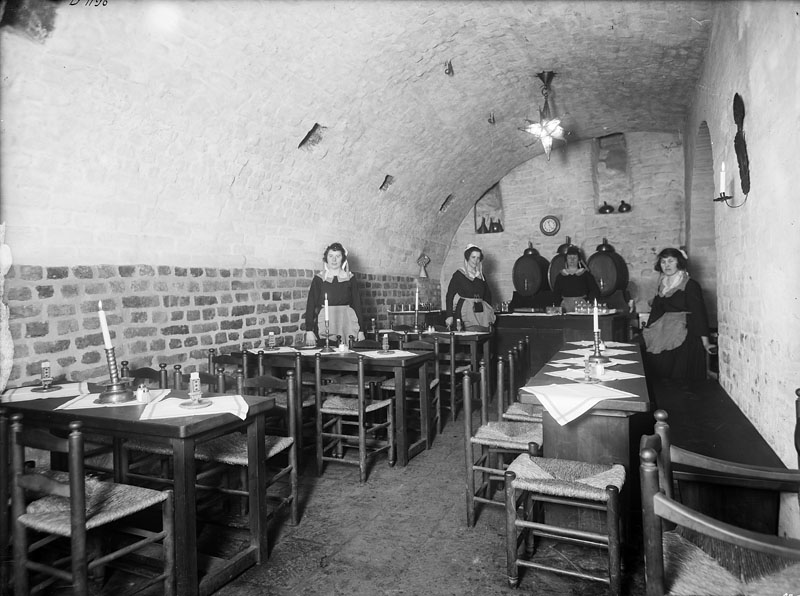 dining room on opposite side of archway, 1920s – image by Stockholm City Museum digital archive 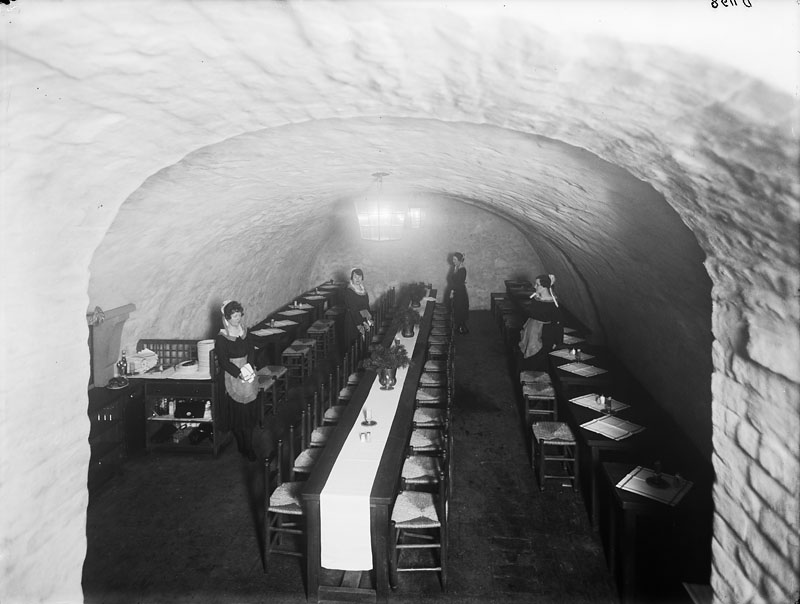 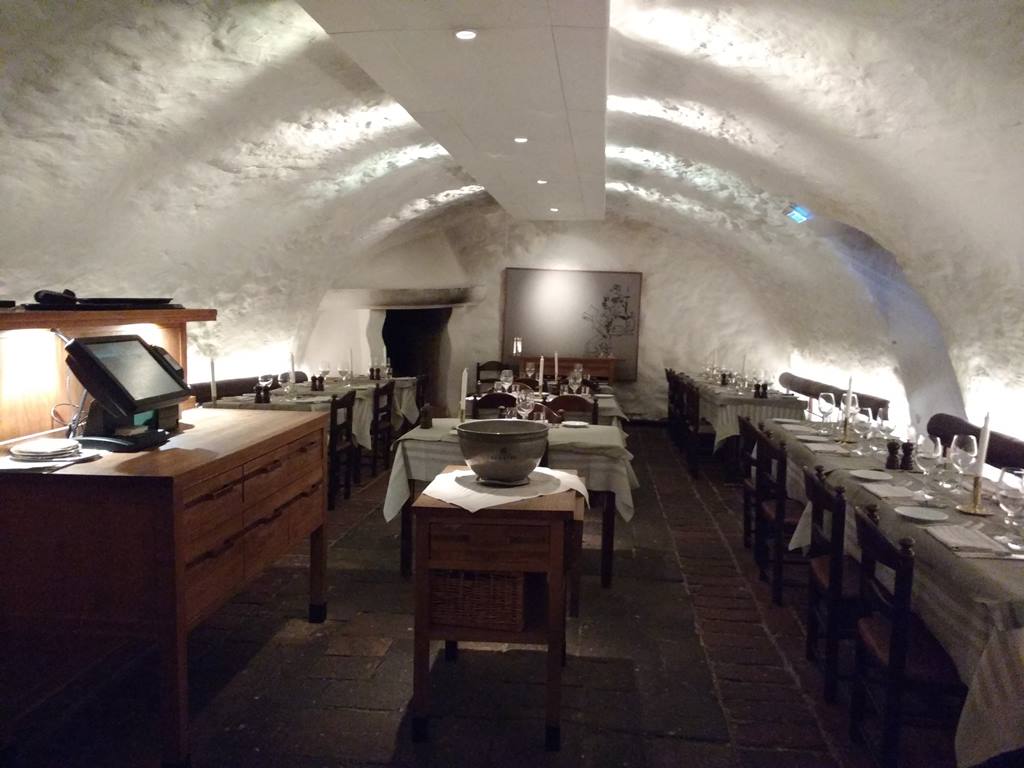 On the upper floors are beautiful dining rooms for private functions and large groups, such as the Zorn room and Bellman rooms. 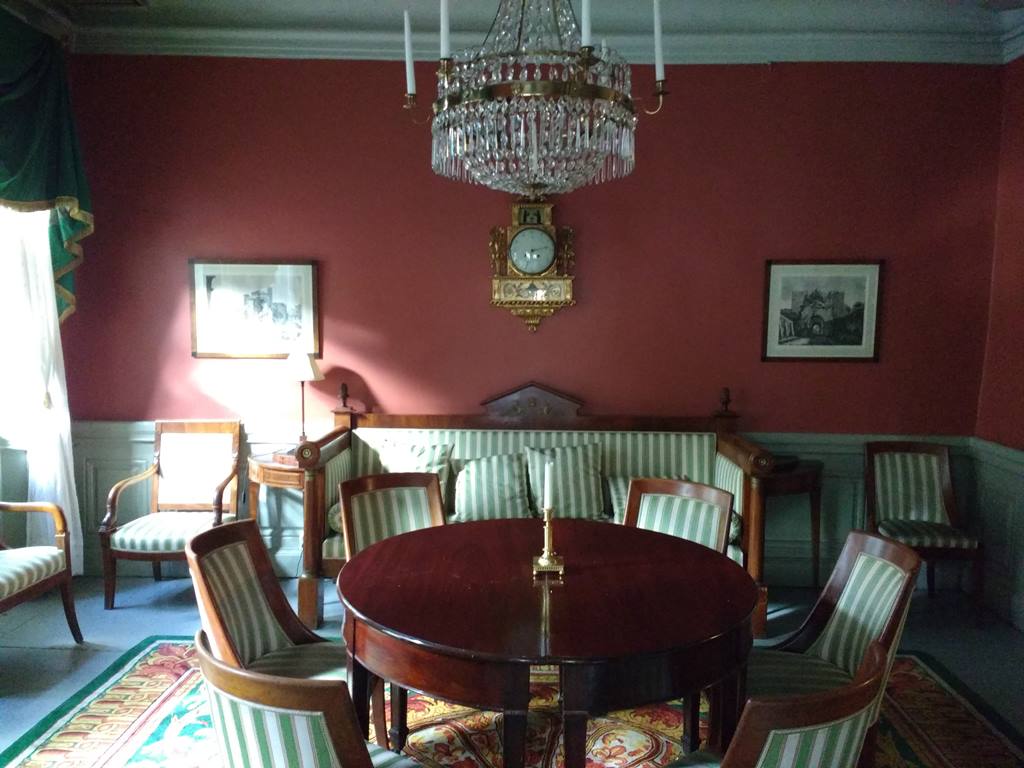 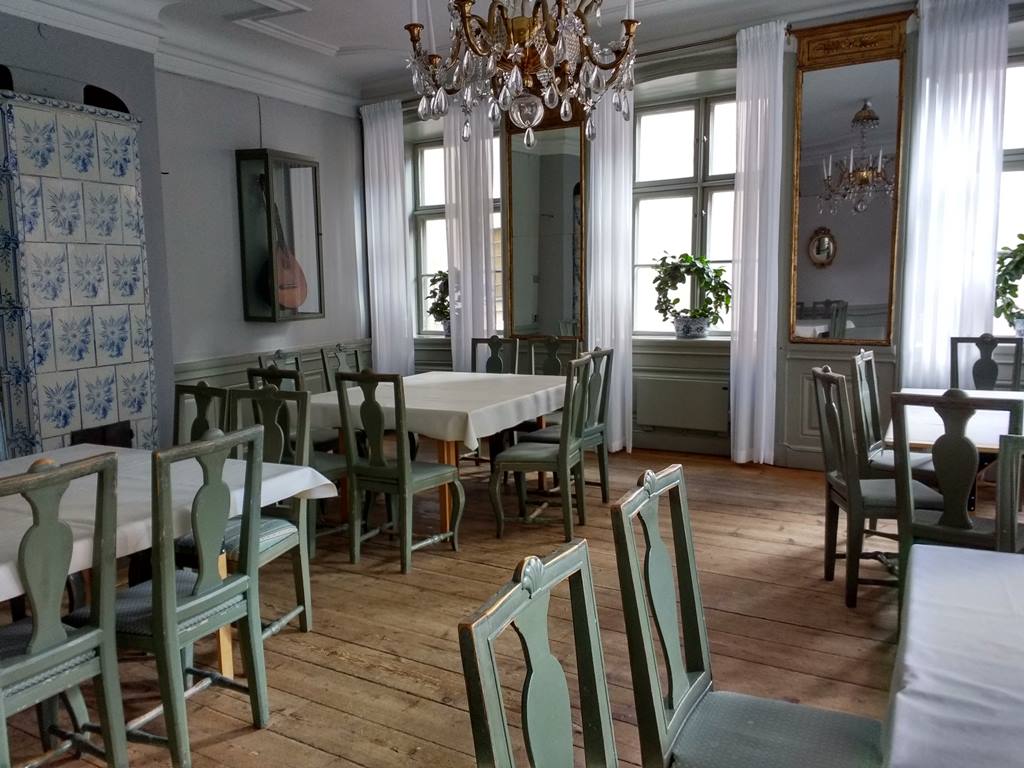 Be sure and ask for a tour of the restaurant when you visit. As well as the dining rooms, check out the kitchen, which was recently moved into the side yard under a glass roof so it gets plenty of natural light in the daytime.

The menu is a combination of modern cuisine and traditional Swedish cuisine (husmanskost). As I try to do every day when traveling in Europe I have a large lunch and take advantage of the set lunch menu, often much less expensive than dining à la carte (Stockholm is an expensive city to visit). Monday through Friday they offer two different daily special main courses at only SEK 135 (about $15 US) – a great deal considering à la carte mains are regularly around SEK 200-400.

I opted for the Fredens Lunch – a starter of the S.O.S. herring assortment plus your  choice of the two daily special main courses, for SEK 265 (about $30 US). S.O.S. stands for smör (butter), ost (cheese), and sill (herring). The Freden version included pickled herring, herring with sour cream, Baltic Sea herring, and a sharp cheese with caraway and aquavit, served with potatoes and three kinds of bread with plenty of butter. 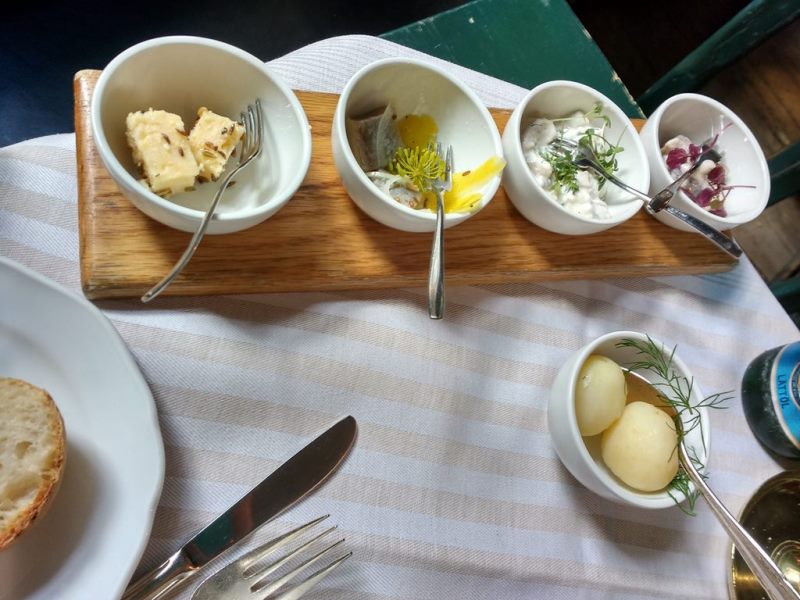 For my main course I had a satisfying pork loin with potatoes and carrots. 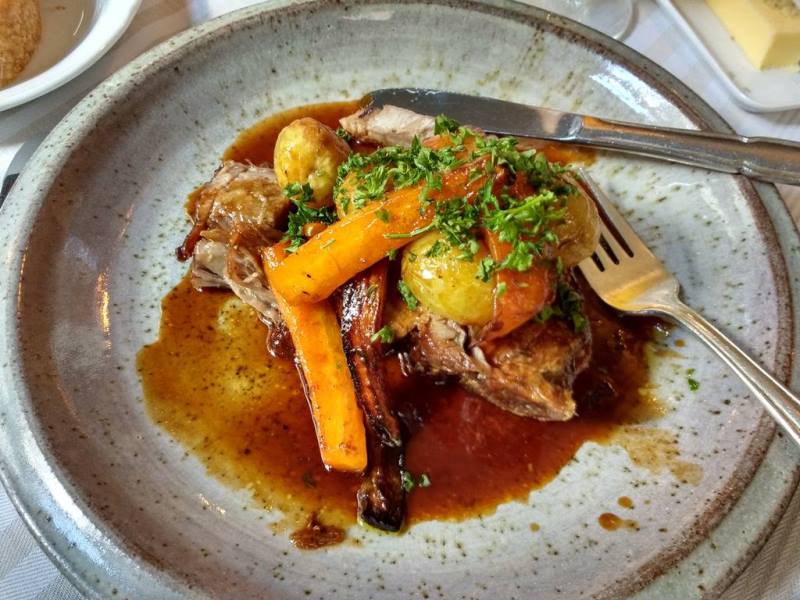 The à la carte menu is offered at dinner, as well as two different prix fixe three course dinners which include dessert.

Den Gyldene Freden should be at the top of your list of historic Stockholm restaurants and on your must-visit list of the oldest restaurants in the world.