Do you remember the TV show Leave it to Beaver (1957-1963)? The character June Cleaver was the mom everyone wished they had (after their own mom, of course). She was played by Barbara Billingsley, whose first husband was Glenn Billingsley Sr. Glenn’s uncle was Sherman Billingsley, founder of New York City’s famous Stork Club, and Glenn followed in his footsteps, running several Los Angeles restaurants including seven locations of Billingsley’s Golden Bull, three Outrigger Polynesian restaurants, the Billingsley’s Bocage nightclub in Hollywood, along with a Stork Club in Key West, Florida. 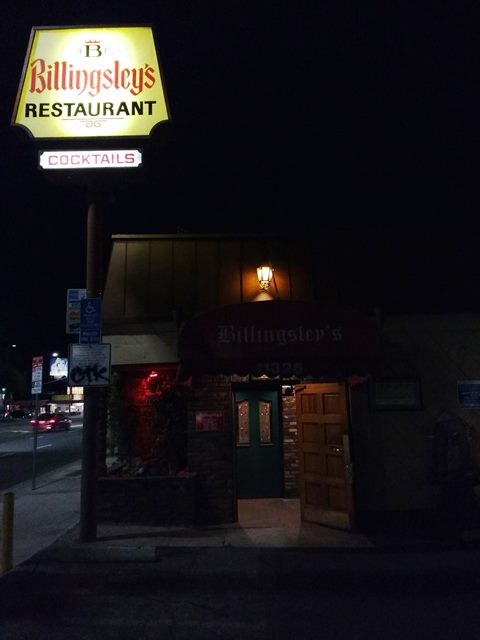 Billingsley’s on W. Pico Boulevard opened in 1946 as a Billingsley’s Golden Bull and it’s the last survivor of the Billingsley family’s restaurants. Glenn Sr. and Barbara had two sons, Glenn Jr. and Drew. They started working in their dad’s restaurants as teenagers, working their way up to management, eventually opening their own restaurant, Billingsley’s of Van Nuys In 1969 (closed in 2004). In 1974 they bought Billingsley’s on Pico from Glenn Sr., at which time I’m guessing it was partly remodeled into its present look. They operated the popular restaurant for decades. Last November the restaurant closed with little explanation. Thankfully, it reopened in January 2016 under new ownership but with everything unchanged, including the menu, decor, and the staff. 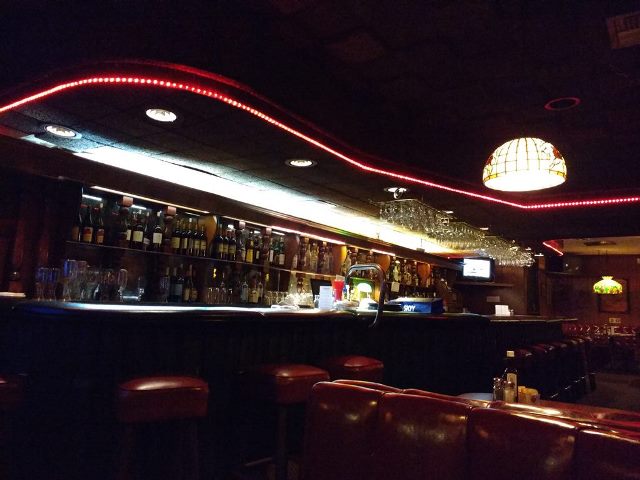 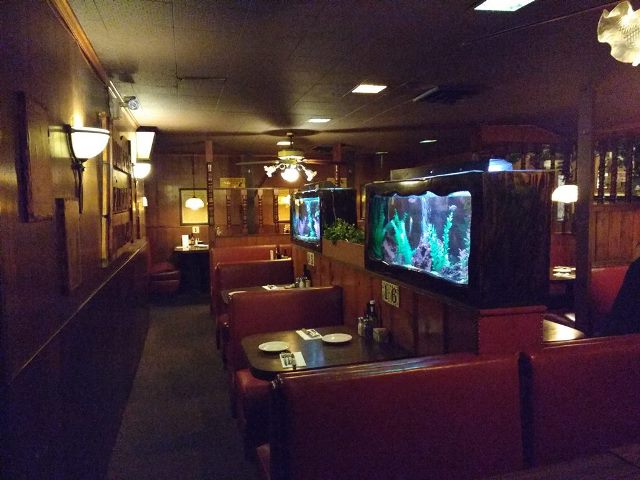 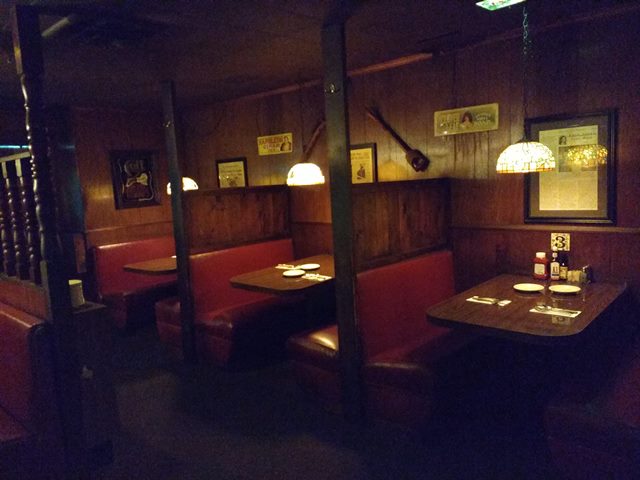 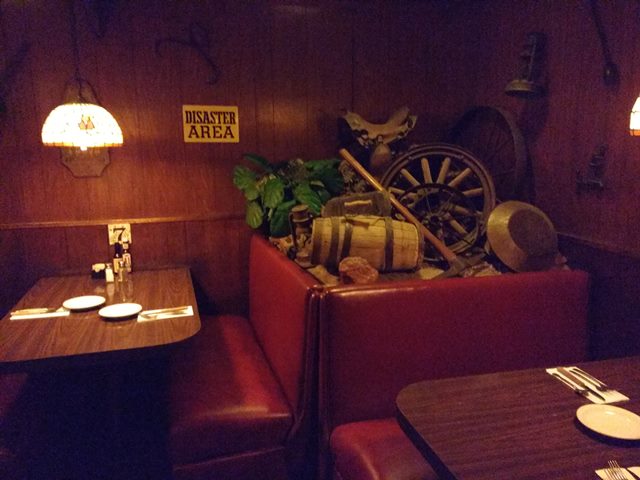 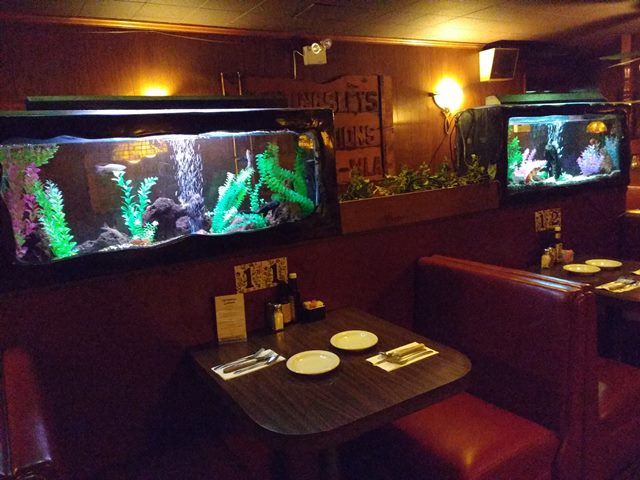 Last month I was in Los Angeles on a windy, stormy day and I drove out west to get some Mexican Food at Don Antonio’s. Unfortunately, they were closed due to a power outage so I never got to dine in the “cave room”. The adjacent Mexican restaurant The Talpa was also closed. 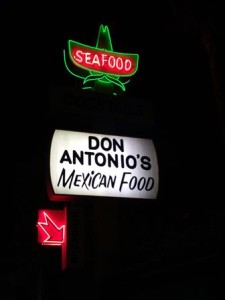 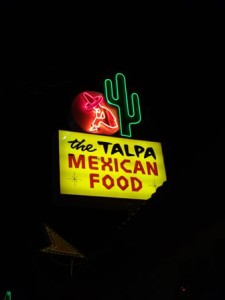 I thought to myself “wasn’t Billingsley’s also on Pico near here?” so decided to see if they were open. I was in luck – it wasn’t that late but they were already dead, probably due to the weather, however still open! I was seated in the bar area in a nice big booth under two nude paintings and a Pabst Blue Ribbon sign that read “Next Time Bring Your Wife”. HA! It was nice to be warmly welcomed despite the staff being probably ready to close up for the night. 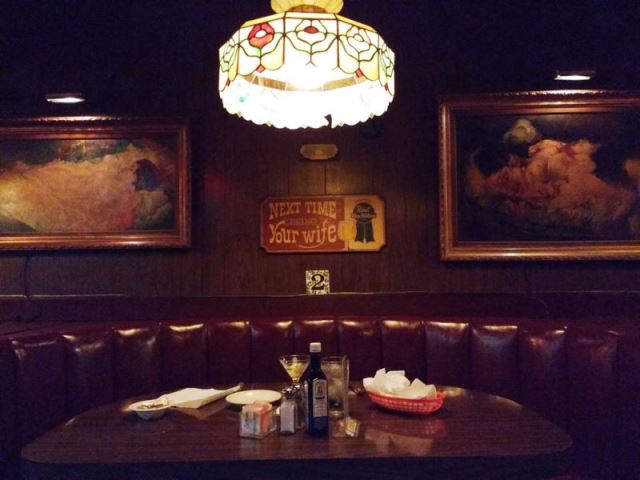 The menu is classic 1950s steakhouse fare – steaks, prime rib and bar-be-que. I don’t want to rely on an online menu for details as the menu may have changed with the new owners (though it sounds like it hasn’t). What I ate was great! A small cut of prime rib, rare, with fries (shoestring – my favorite kind) and a salad. They are famous for their cheese toast – kind of like the popular cheese bread in the San Gabriel valley, but crisper. 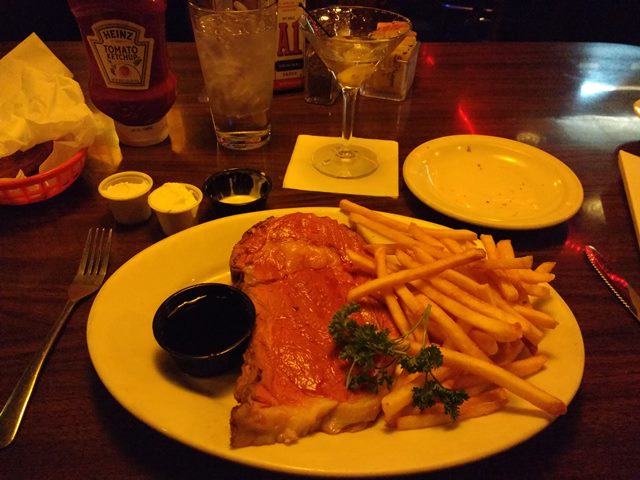 I gathered from the staff that recent light rail construction badly hurt business due to a lack of parking after some of the parking lot was closed during construction. Hopefully the restaurant under the new owners can bounce back! Please go and tell them how glad you are that they didn’t change! I think perhaps restauranteurs in Los Angeles get this more than they do most other places: don’t mess with the classics!