Last year I spent a weekend in Carmel and the Carmel Valley and discovered a great western-style vintage steakhouse called Will’s Fargo in sleepy Carmel Valley. Recently the area is becoming more fancy, with wineries and spa hotels, so I encourage you to visit soon while there are still some old places with original charm. 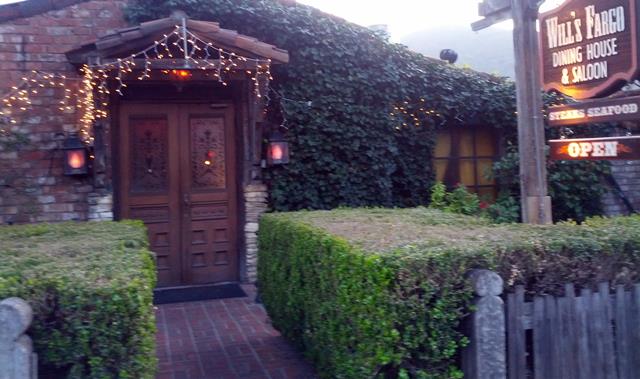 Will’s Fargo was opened in 1959 by Will Fay in a house built in 1928 by Gordon Armsby of San Francisco and designed by Clarence Tantau (Del Monte Hotel) in Spanish style with Carmel quarried stone walls, Mexican terracotta roof tiles, and a hand-carved wood beamed ceiling. Named Casa Escondida, its guests included Charlie Chaplin and Theda Bara. In 1940 the Holman family bought the house and it served as the bar and steakhouse for Holman’s Guest Ranch, which attracted such celebrity guests as Clark Gable, Vincent Price, Joan Crawford and Marlon Brando, until Will Fay bought it and renamed it Will’s Fargo, decorating it in Victorian Western style. In 2002 the owners of nearby Bernardus Lodge bought Will’s Fargo and thankfully didn’t change much. Then in 2014 the current owner of Holman Ranch, Thomas Lowder, purchased the steakhouse and it’s his intention to keep the interior pretty much the same while updating the menu slightly, but keeping its focus on traditional steakhouse fare (the chef, Jerome Viel, remains after the ownership change). 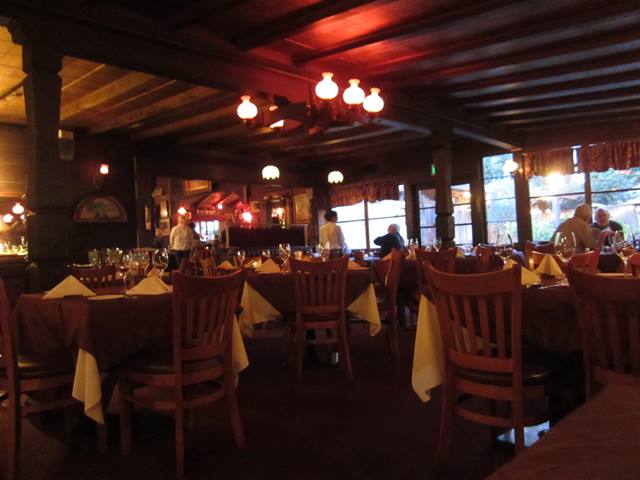 The menu features steaks a la carte, including a Prime Angus top sirloin (my choice when I dined there last year), filet mignon in two sizes, rib eye, Kansas City strip, and a Porterhouse. Why top sirloin for me? In California I often order top sirloin when I see it on the menu because I love its beefy flavor and it’s leaner than a lot of other cuts. Not as tender as a filet, but more flavorful. I also ordered it because it was USDA prime (the most well marbled beef) Angus, which can make a difference. 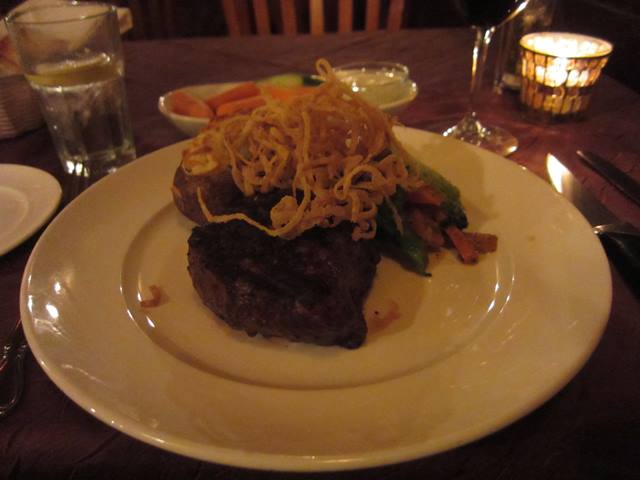 Steaks don’t come with sides, but are priced below average and several classic sides are available, also at reasonable prices. Other dishes on the menu include chicken, pork, lamb, quail, seafood, pasta, and vegetarian options. 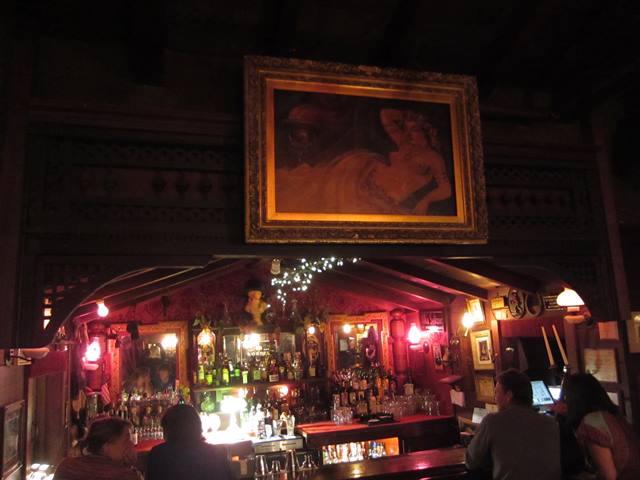 the bar, complete with Victorian nude – photo by Dean Curtis, 2014

If you like vintage motels and are more happy with original charm than new amenities, I highly recommend the Blue Sky Lodge in Carmel Valley. It recently was purchased so I urge you to stay there soon before it changes. From the motel you can walk to Will’s Fargo, some great wineries, and the village of Carmel Valley.