One of the great pleasures in life for me is discovering a restaurant that is well-preserved mid-century modern in design that also has terrific food. Before I travel somewhere I always pull out my vintage copies of Duncan Hines’ Adventures in Good Eating (I have one from the 1940s and one from 1962) and the AAA Tour Book (I have copies from 1953 and a 1959-60) and look in the areas where I’m going for restaurants that still exist (via an online search). I found Bob Heilman’s Beachcomber this way. From the 1962 Adventures in Good Eating:

The next thing I usually do is do an image search and check out pictures of the place on Yelp and Tripadvisor to see if it’s been remodeled. In most cases they are. In the case of the Beachcomber it looked remodeled on the outside but there weren’t good photos of the inside so my hopes weren’t that high, though I still put it on the top of my to-dine-at list. I’m glad I did! 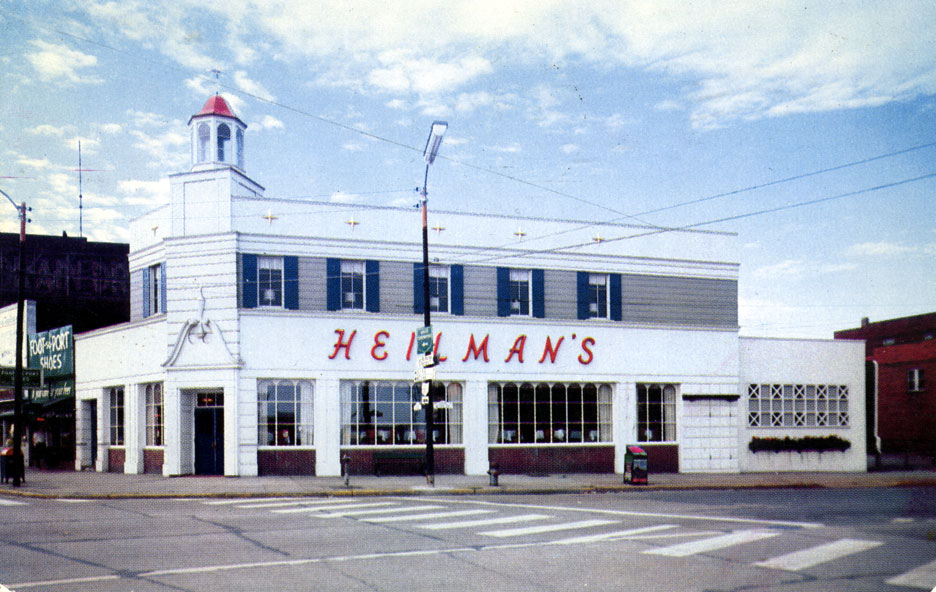 In 1920 Ross Heilman and his brother Alton opened a small grill on Broadway in Lorain, Ohio. They expanded into a larger building in 1936 and renamed it Heilman’s Marine Dining Room and Grill, decorating it in a lightly nautical theme. 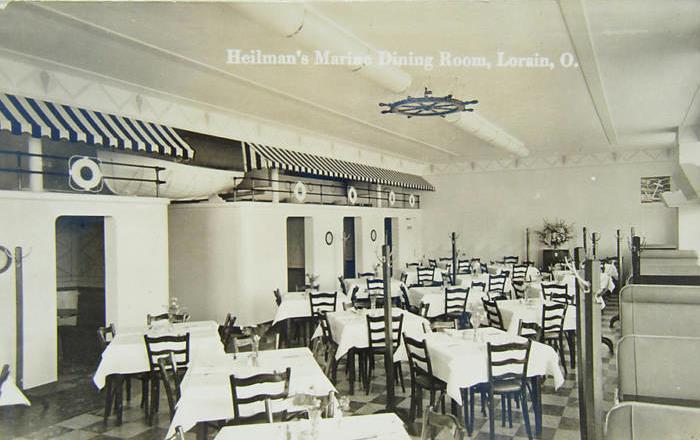 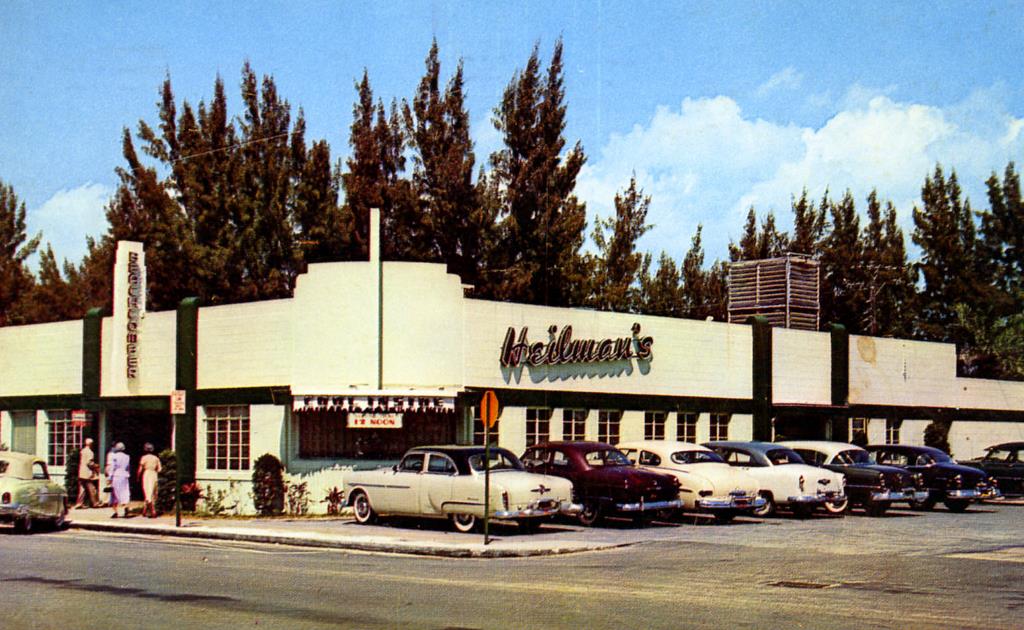 Ross’ other son Hubert opened a Heilman’s restaurant in Fort Lauderdale in 1958. 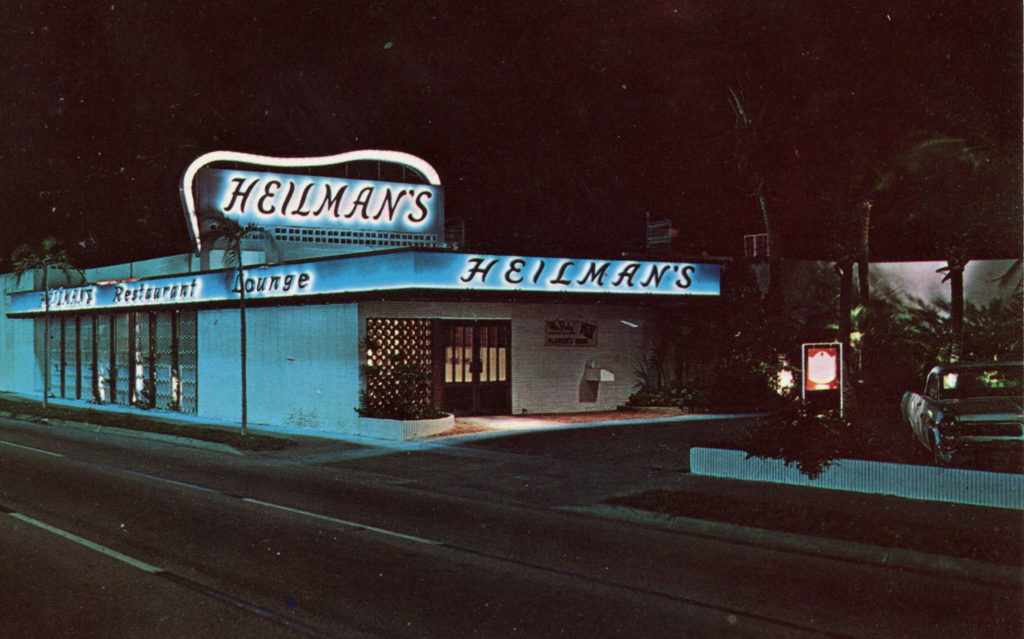 In 1959 the Beachcomber was badly damaged by fire so it was rebuilt. The new Heilman’s Beachcomber had two dining rooms, The Seascape Room and The Gallery, and the  Jester Bar. I’m not sure but I’m going to guess that the Seascape Room is now the front dining room where you enter that has large windows on two walls while the Gallery Room is the split-level dining room and bar to the right as you enter (part of it can be seen in the vintage postcard view below). 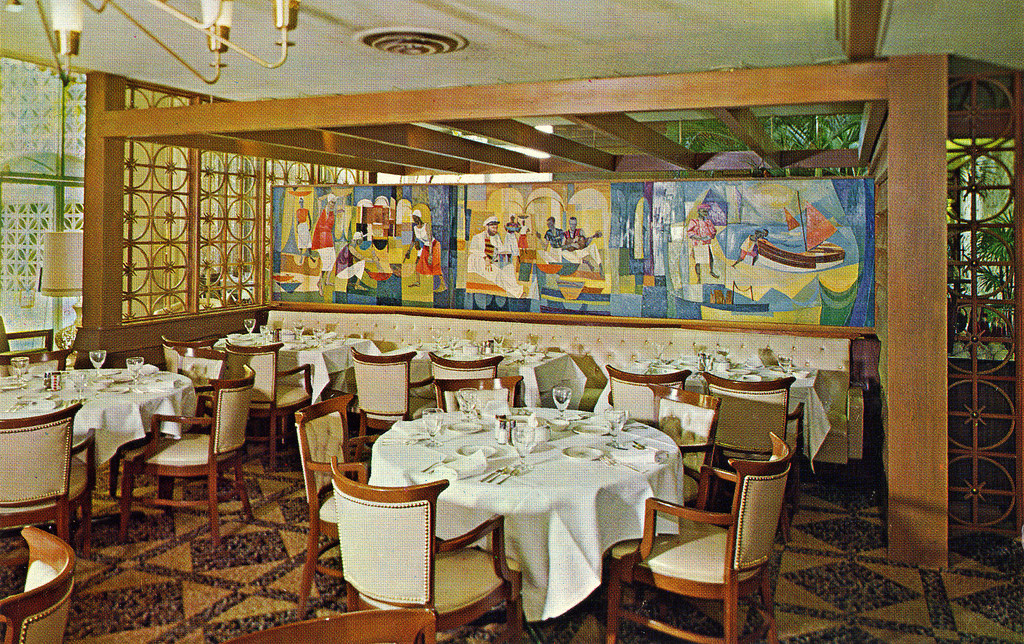 In 1961 a fourth Heilman family restaurant opened: Heilman’s Ranch House on West Erie in Lorain, Ohio, not far from Heilman’s Marine Dining Room. It was decorated with pine walls, cattle hides, longhorn skulls and lariats, and was open 24-hours serving “ranchburgers” and other American fare. In 1964 the Beachcomber expanded by adding the “Room For One More Room”. In 1968 the original Heilman’s closed, leaving the Fort Lauderdale Heilman’s (closing year unknown), the Ranch House (closed, 1974), and the lone survivor to date: Heilman’s Beachcomber. Bob Heilman passed away in 2007. 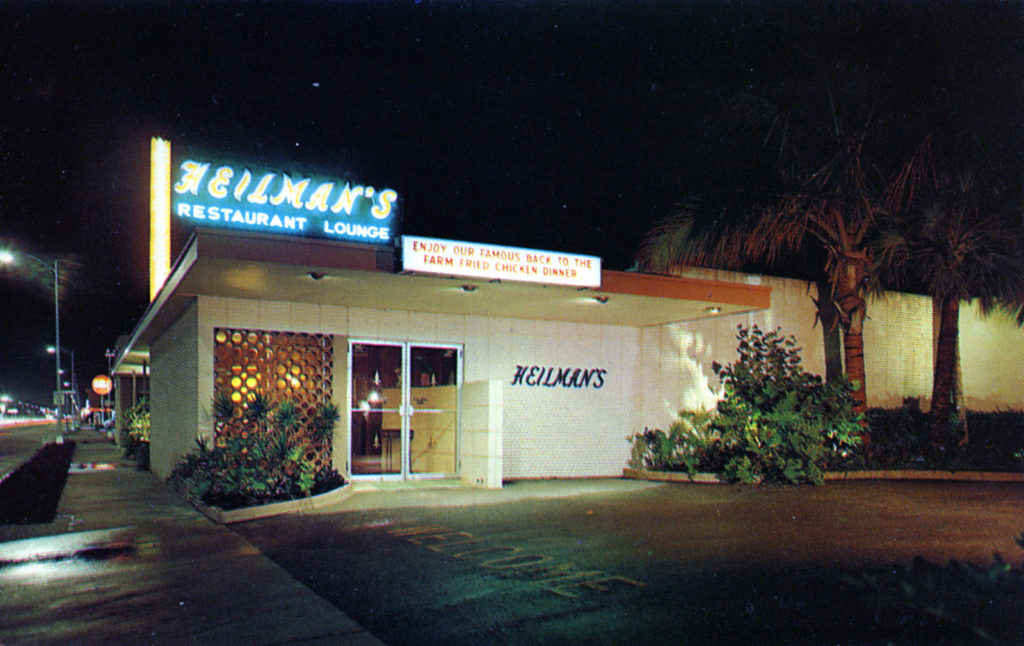 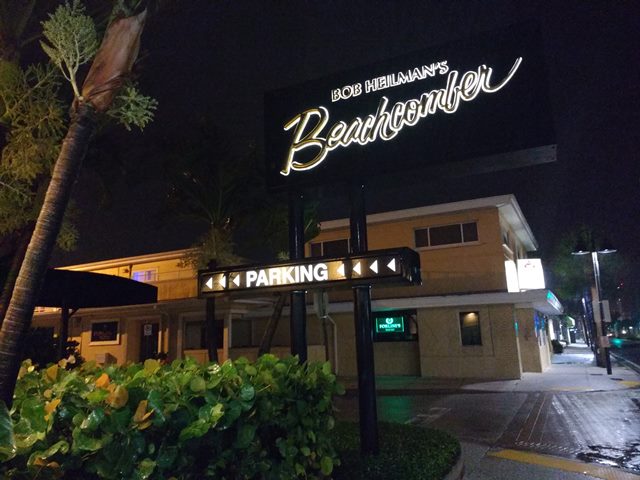 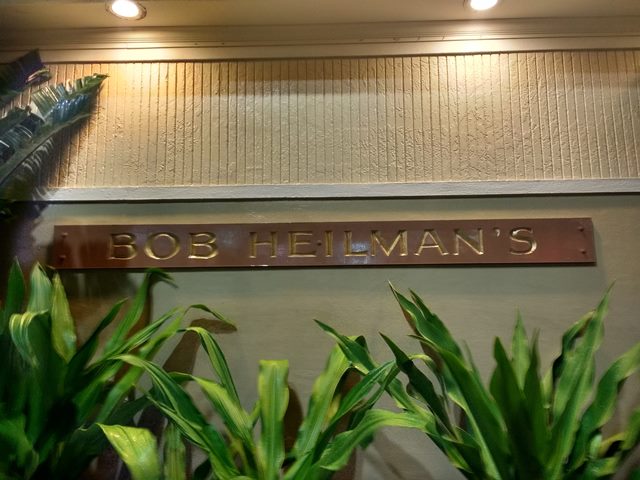 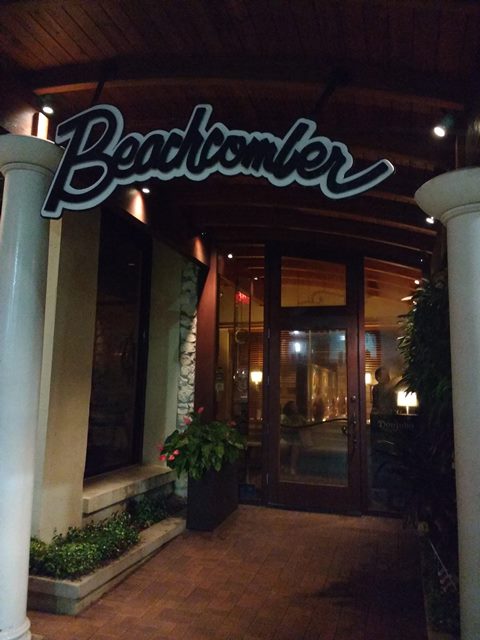 As I stated above, the Seascape Room was somewhat remodeled recently with some sailboat wall sculptures (but the chandelier is still there) along with the outside of the building (I haven’t found any pics of the outside of the 1959 Beachcomber before the remodel). 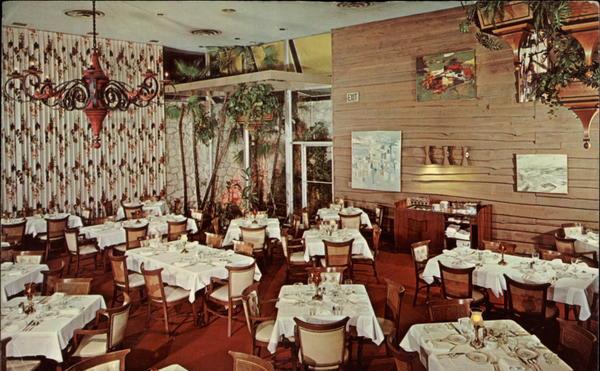 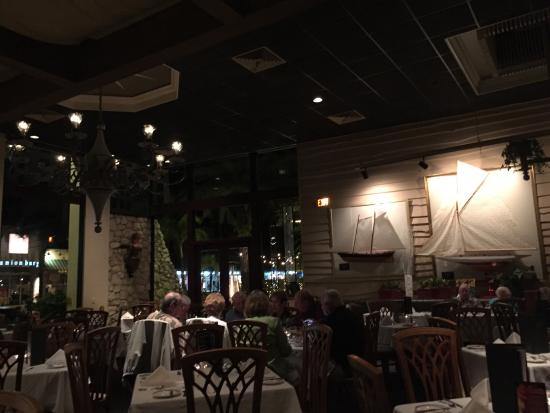 As you enter the second dining room (which I think is the Gallery Room) you first notice that it is spilt-level, with tables on the first level and booths and tables on the second level. At the front of the room is a wonderful mural, white banquettes, and a wood beam ceiling, all of which can be seen in the vintage postcard above (now with fabric between the beams). 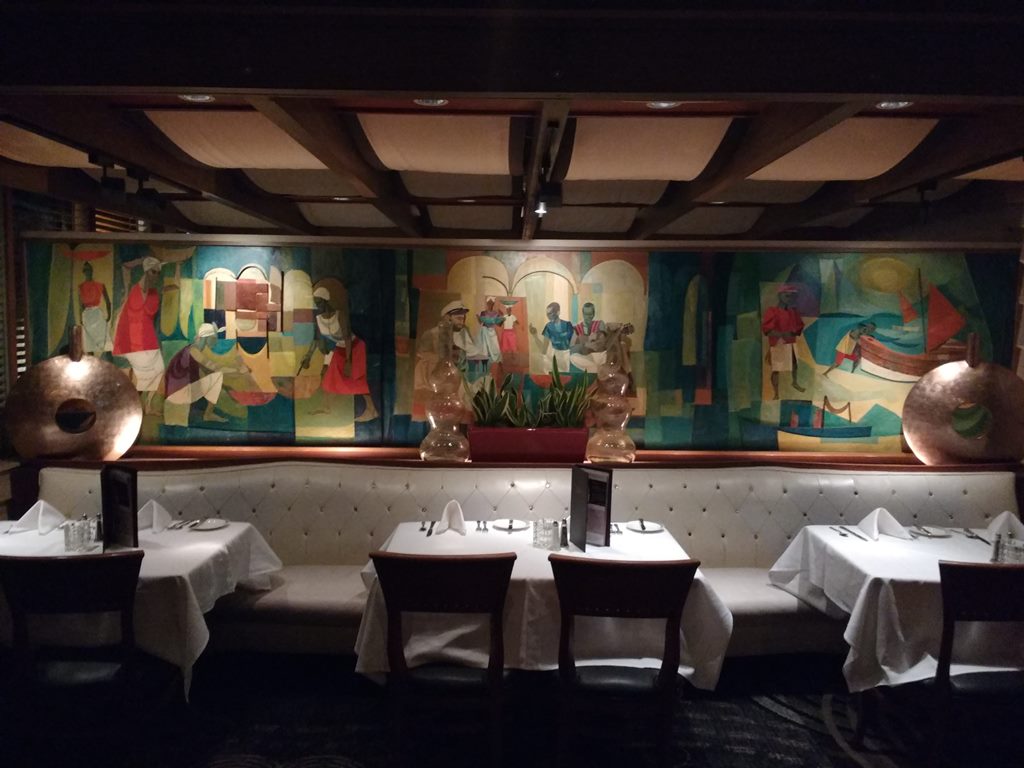 On closer inspection you can see that the mural, portraying Caribbean island activities such as preparing food, fishing, and playing music, is actually in mixed media (such as, the boat section is really made of wood). And then you spy the Beachcomber character in the mural, who wears a striped shirt, a white linen suit with the pants rolled up, and a white Captain’s hat (he also appears on the menus, old matchbooks, and there is a statue of him in one corner of the Gallery Room). 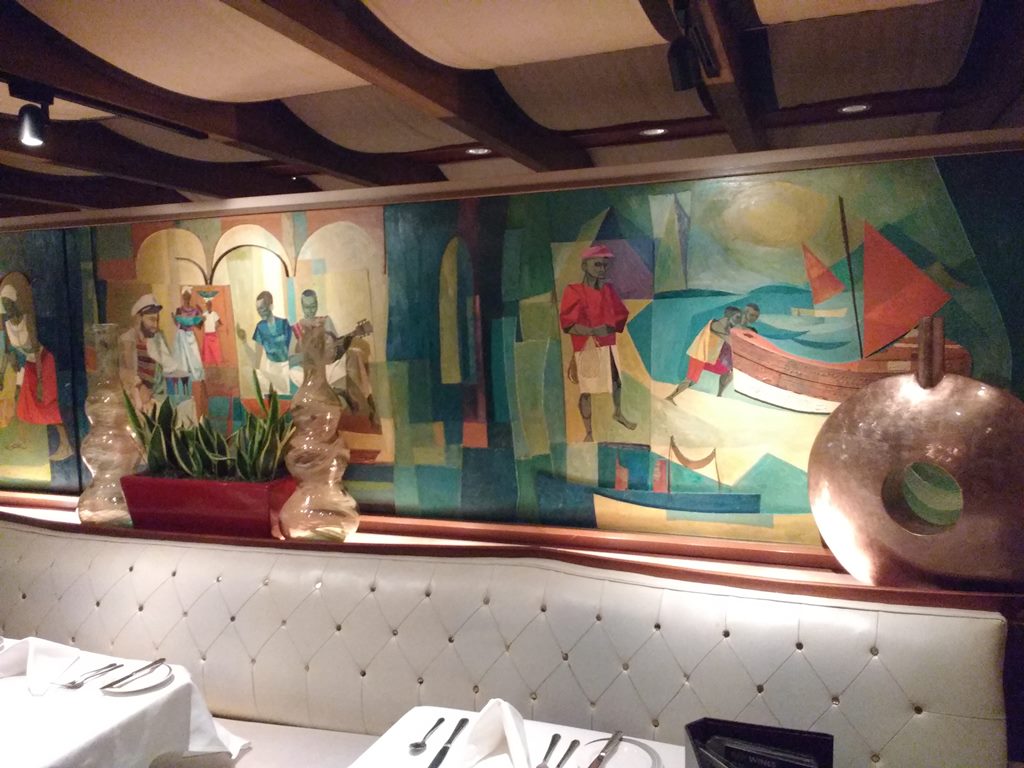 One of the fine folks at Tiki Central traced the origin of this beachcomber character to a 1940s painting by Albert Dorne (there are also some dandy matchbooks and other ephemera to view). 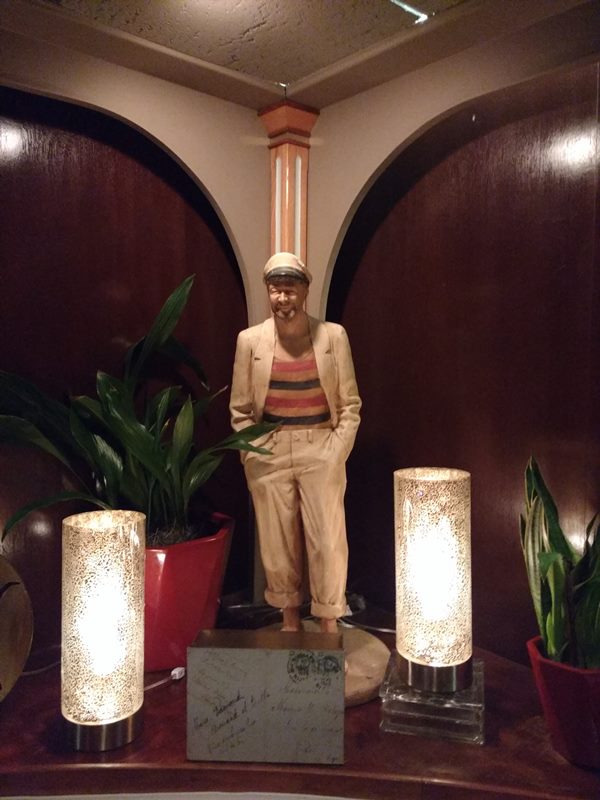 I like the Beachcomber’s use of classic house plants, a nice touch that adds to the vintage feel (more restaurants should start using house plants again). 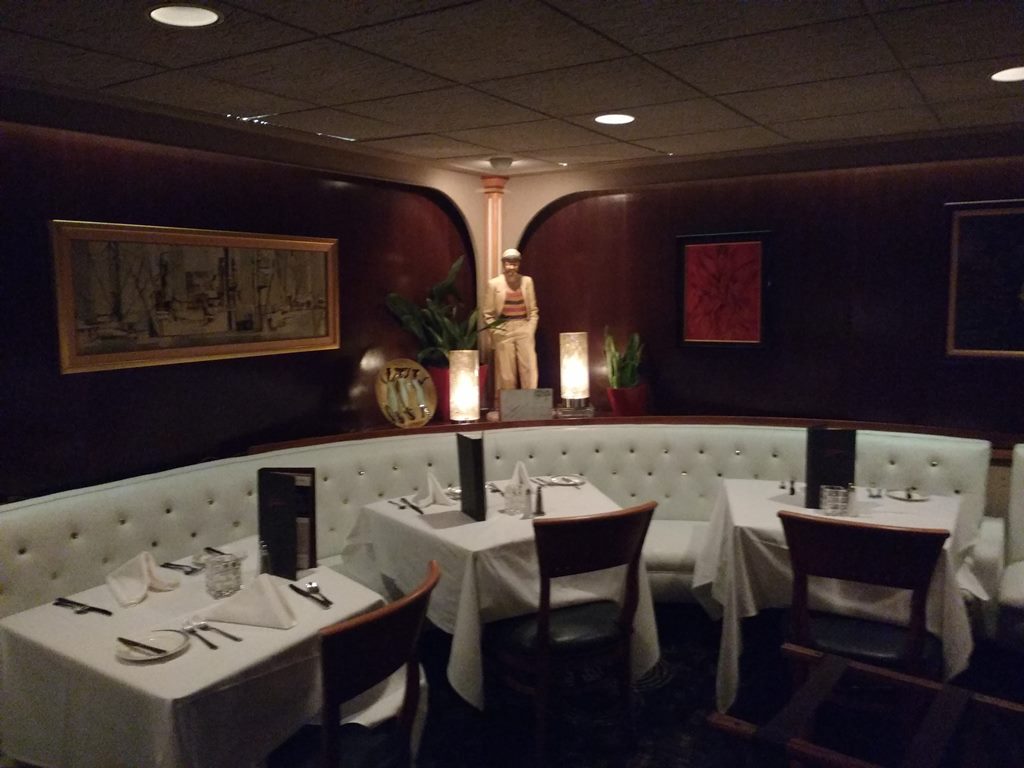 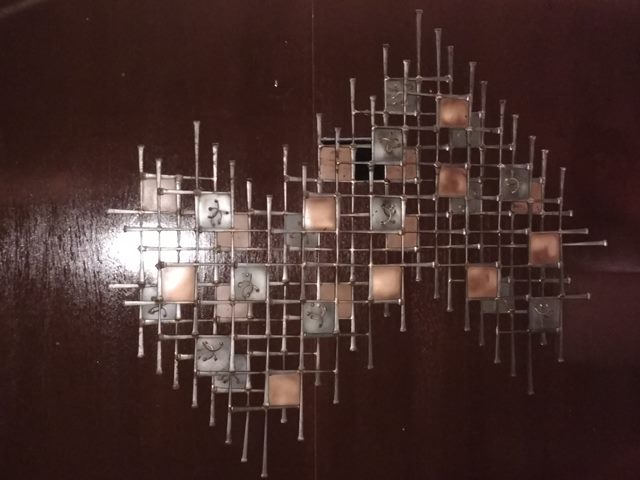 There is live piano music nightly in the Gallery Room next to the bar. I enjoyed the piano player’s mix of old standards and classic rock ‘n roll songs. Live music is a tradition at the Beachcomber: in the 1960s they featured Ruth Crane on the Hammond organ. Speaking of the bar, the back wall of the bar is all rocks and on the right side of the bar is a gorgeous long stained glass mural of abstract bottles, which is signed and dated ‘1959’. 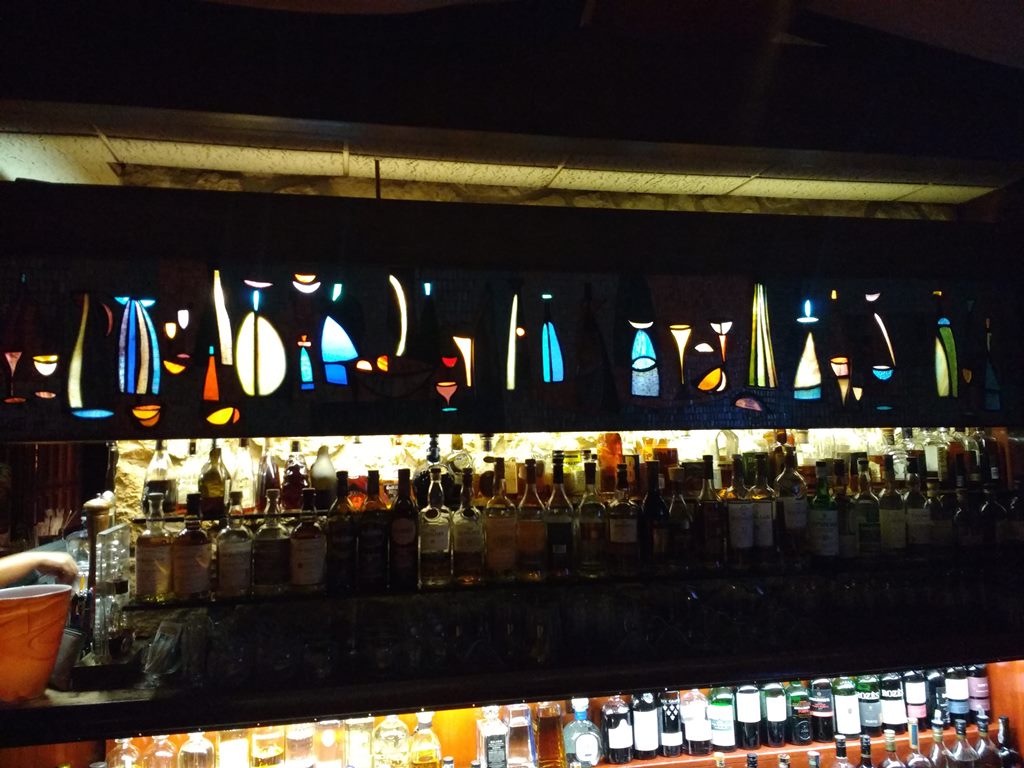 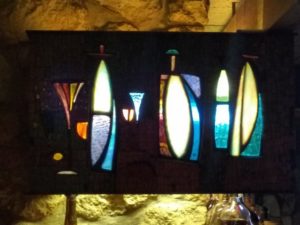 detail of stained glass with rock wall behind – photo by Dean Curtis, 2016 (open to enlarge)

Behind the Gallery Room is another small dining room with a copper fireplace, which I think is the Room For One More Room. 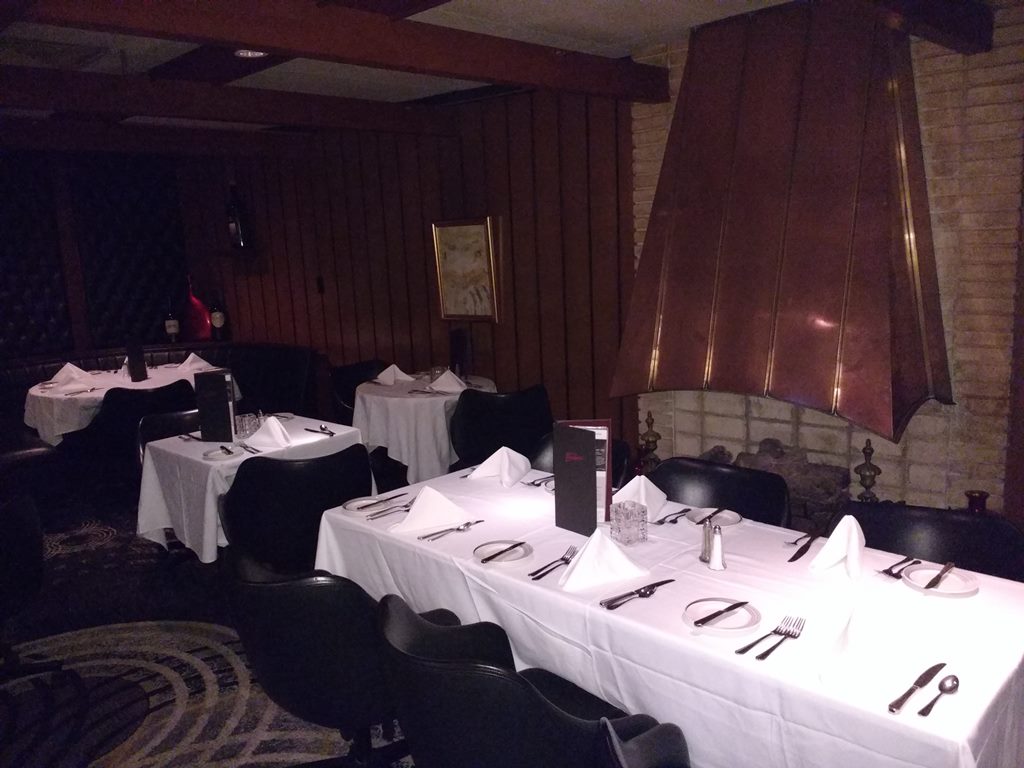 The Menu consists mainly of seafood, several cuts of beef, and their famous fried chicken. They have some classic specialties such as vichyssoise, served in a bowl on a bed of crushed ice, fried frogs legs, clams Casino, oysters Florentine, escargot, chicken livers, and their version of the Hot Brown, an open-faced sandwich of roast turkey on toast with Mornay sauce baked until it’s browned and topped with bacon, tomato, olives, and asparagus (it originated in Lousiville, Kentucky, at the Brown Hotel in 1926 but the Beachcomber says they’ve made it this way since 1948). Dinners are served with a chilled relish tray of house made relishes & spreads with crackers, salad (or soup with the fried chicken dinner), vegetable, and a basket of their homemade banana bread, muffins, and rolls. 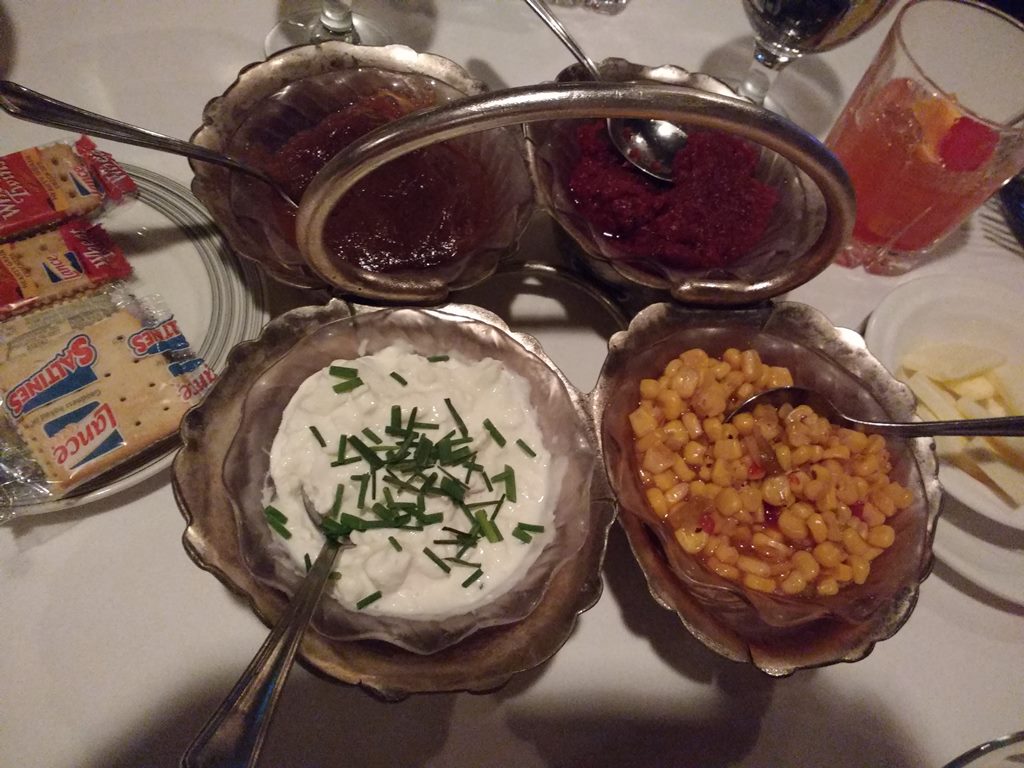 The service was outstanding. Thank goodness that Bob Heilman’s Beachcomber survives and thrives. I can’t wait to return. 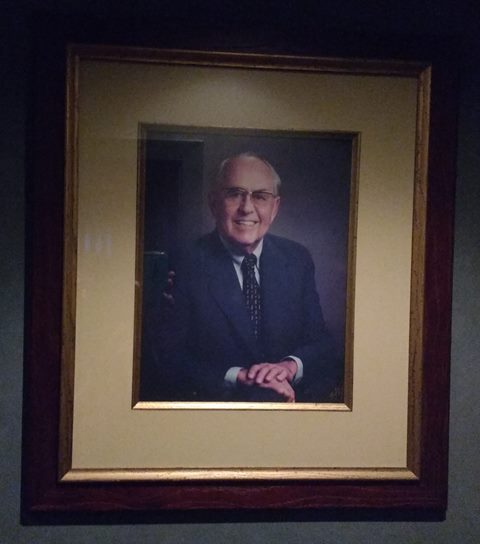