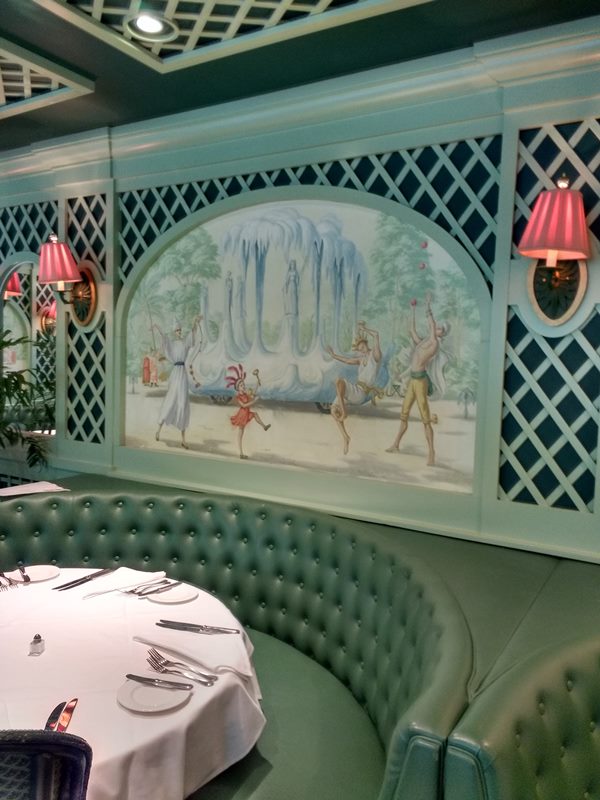 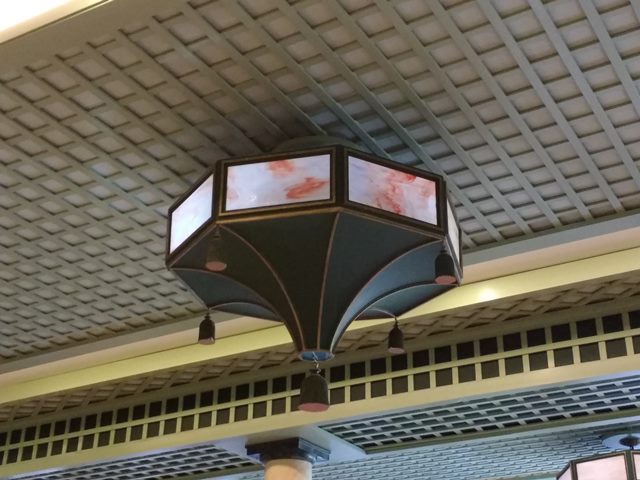 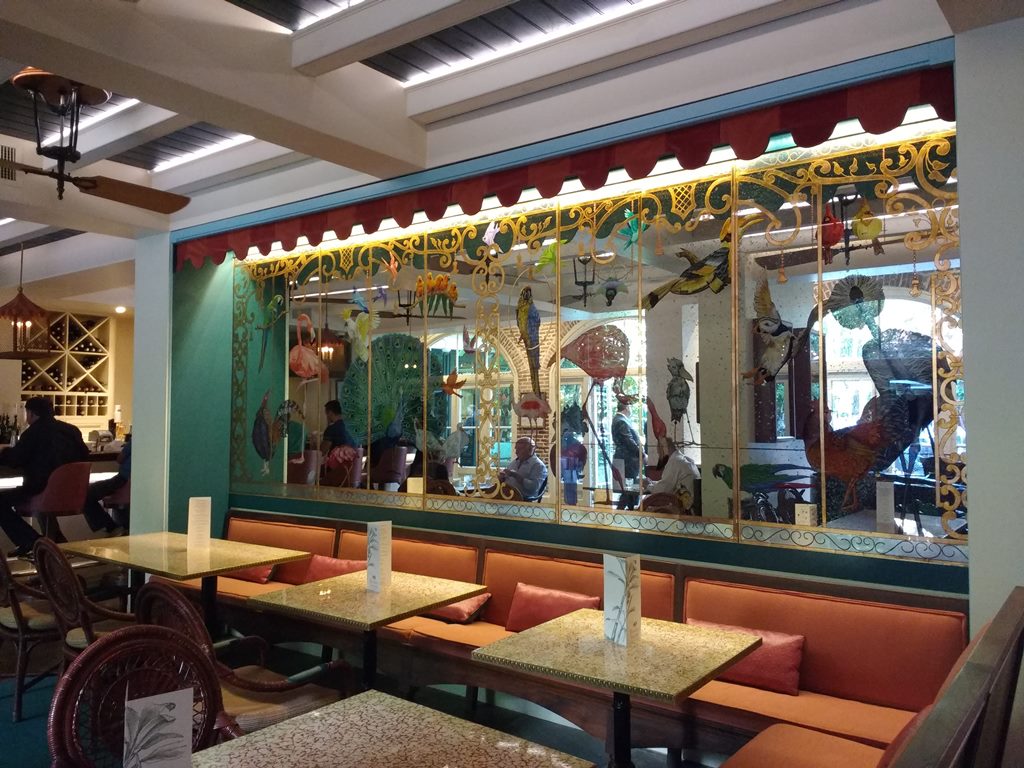 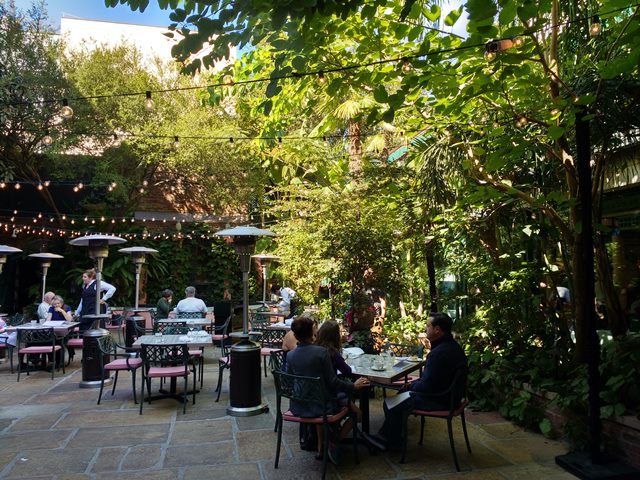 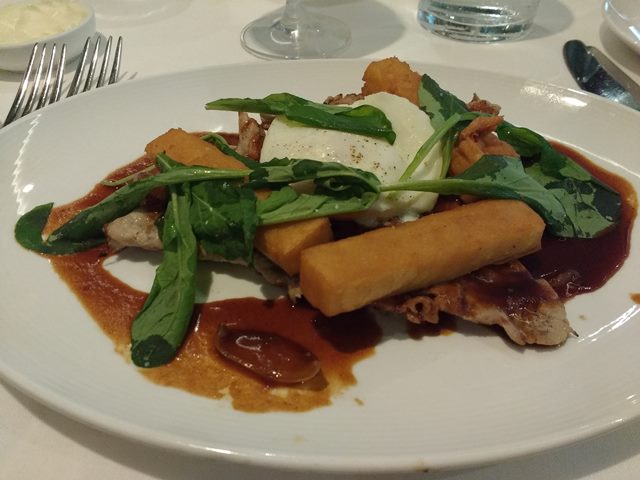 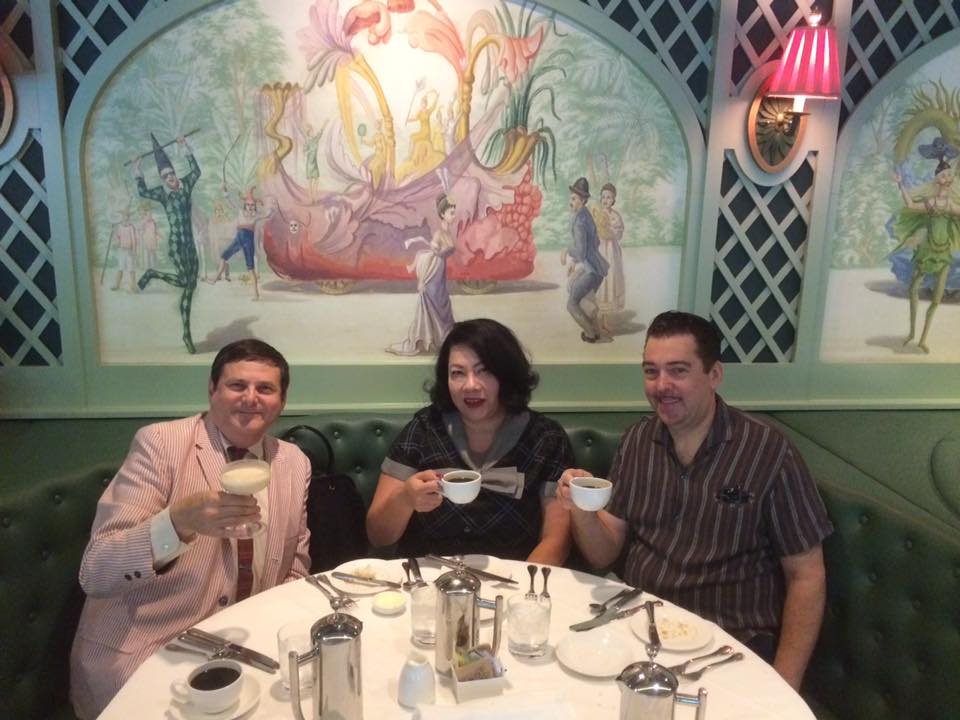 UPDATE: When I first posted this Brennan’s had just closed. The restaurant reopened in late 2013 with a completely redone interior. It looks very elegant, with respect for the past traditions of Brennan’s and New Orleans. In 2016 I revisited this landmark restaurant. Meanwhile, Ted Brennan and family, previous owners, are opening Ted Brennan’s Decatur, with executive chef Lazone Randolph, former chef at the old Brennan’s for many years (as seen in the video below), with a more traditional menu than the new Brennan’s. Brennan’s was opened on Royal St. in 1956 by Owen Edward Brennan, who took over the Old Absinthe House in 1943 and opened the adjacent Vieux Carre restaurant on Bourbon St. in 1946. But unfortunately he died of a heart attack in 1955, only months before his new restaurant was scheduled to open. The Brennan family assumed ownership, opened Brennan’s restaurants in Houston and Dallas, purchased Commander’s Palace in 1969, and opened three more restaurants. This growth caused a rift as some of the family thought the quality could not be maintained at the original Brennan’s in such a large corporation. So, in 1974 Owen’s widow Maude and her sons Pip, Jimmy and Ted assumed control of the original Brennan’s, with daughter Ella taking over the remaining six restaurants (of these only Commander’s Palace and Brennan’s in Houston are still open). 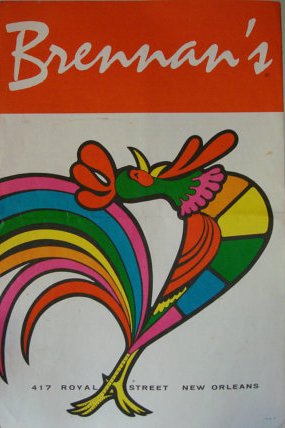 Brennan’s has been famous for “Breakfast at Brennan’s” since the 1950s. It is such a tradition that I had to do it once, so on my last visit to New Orleans in 2010 I decided to take the splurge. The traditional Brennan’s breakfast is lavish. I started with a Brandy Milk Punch, one of their specialty cocktails. My breakfast consisted of turtle soup (a famous New Orleans’ dish), Eggs Hussard, a Brennan’s creation of Poached eggs atop Holland rusks, Canadian bacon and Marchand de Vin sauce, all topped with Hollandaise sauce, and their specialty French bread, brought warm to your table. For dessert (yes, dessert was part of Breakfast at Brennan’s) I had another Brennan’s creation – Bananas Foster. Bananas Foster at Brennan’s, photo by The Jab in 2010

Brennan’s survived Hurricane Katrina, when they lost their enormous wine collection, but it may not survive the recent takeover. The restaurant was sold at auction recently to Ralph Brennan, a restaurateur and cousin of Ted and Pip Brennan. The restaurant was evicted last week, so it closed with no warning to the employees, many of them having been with the restaurant for decades.

It may eventually reopen as Brennan’s. It may have better food, which frankly wasn’t very exceptional when I went (for the prices). But as I’ve tried to stress in my blog the food isn’t the most important thing when eating in classic restaurants: the time travel experience is paramount, the food secondary. Hopefully whatever Brennan’s becomes it will continue to serve the original Bananas Foster (which was the best thing I had there). Le Continental will keep you posted.

I hope this isn’t a portend of the demise of more of New Orleans’ historic restaurants. When I was there in 1999 most of the high-end restaurants were the historic ones. As far as newer ones, there was Emeril’s and Dickie Brennan’s Palace Cafe (we ate there on that visit, as well as Commander’s Palace). But there weren’t nearly as many gourmet restaurants then as there are now. It seems like it would be hard to compete with new places if you are running an old-fashioned, expensive restaurant with rich French/Creole food in a large space with multiple rooms. In my visits to Tujague’s and Galatoire’s in 2010 it didn’t seem like any younger tourists or locals were eating in those places.

Thanksgiving Dinner in the Bay Area One of my favorite bars in New Orleans. The decor has changed a lot, unfortunately, but the round bar still rotates! And the cocktails are excellent. I recommend the Vieux Carré, invented at the Monteleone Hotel in 1938 by Walter Bergeron. 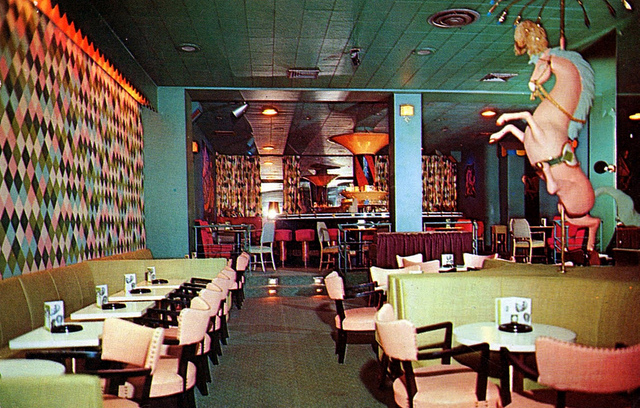