Don’t miss Córdoba on a trip to Andalusia, Spain. Its old town is the largest urban area in the world declared a World Heritage Site by UNESCO. But it’s walkable, with charming narrow streets and paths, like this one: 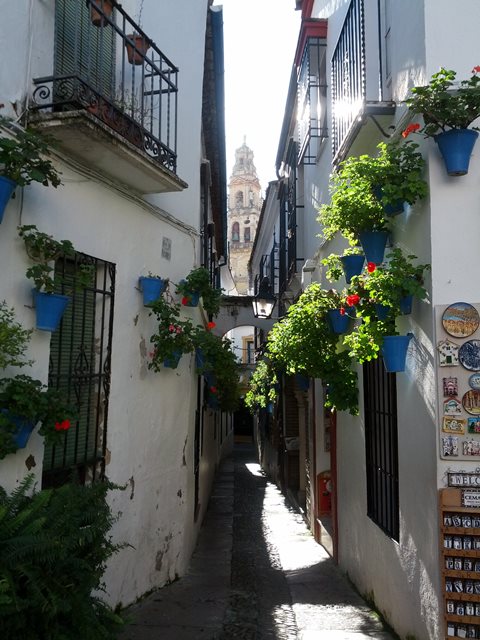 On Plaza San Miguel, next to the 13th century San Miguel church, is a famous restaurant that dates back to 1880, Taberna San Miguel, also known by the popular name “Casa El Pisto” (pisto is a Spanish dish like ratatouille, with eggplant or zucchini , tomatoes, onions, and peppers). 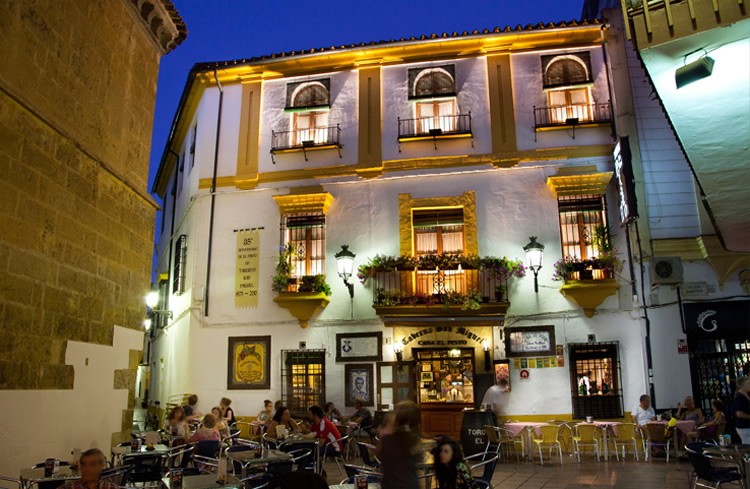 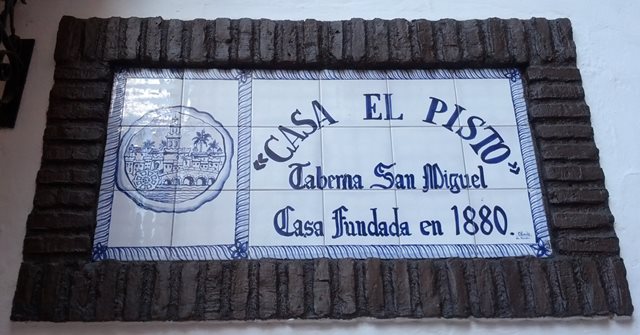 Many famous Spaniards have been regular customers at Casa El Pisto over the years, including the bullfighter Manolete. A section of the restaurant has a memorial to him. 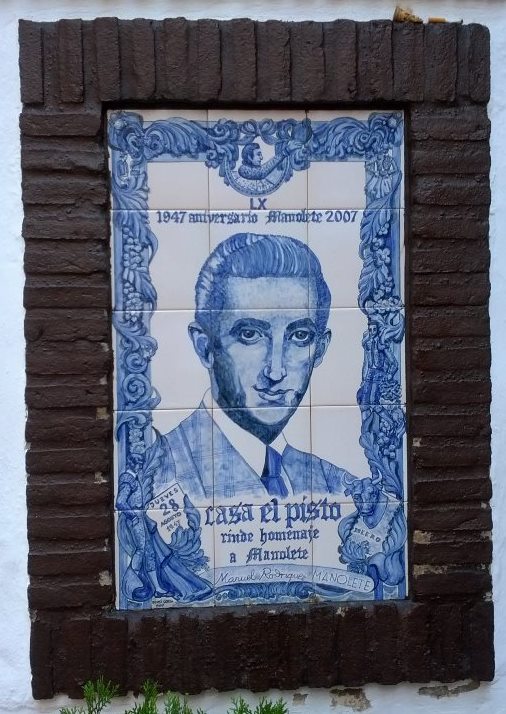 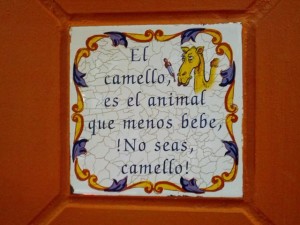 The bar and beautifully tiled dining rooms are filled with historical artifacts: artworks, photographs, and documents. I dined in the courtyard, which had tiles with humorous inscriptions on them. 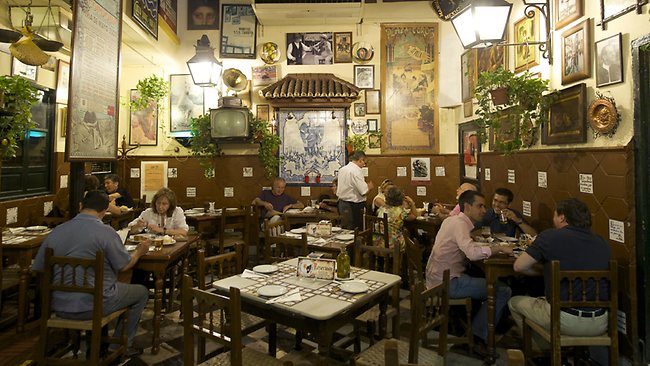 One of the specialties in Córdoba is salmorejo, a thick, chilled type of gazpacho made with tomatoes, bread, olive oil, and seasonings, and topped with ham and/or hard-boiled eggs. The version at San Miguel is excellent. 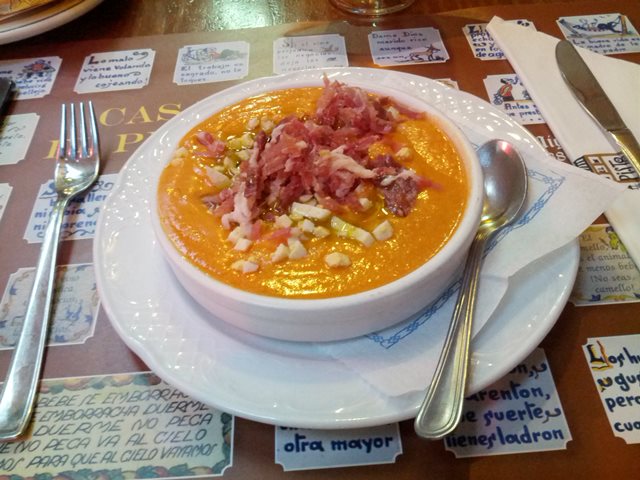 I used lots of bread to wipe the bowl clean. Bread from San Francisco? 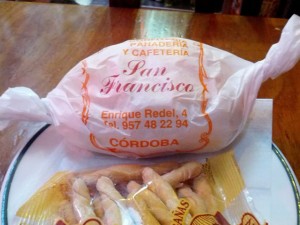 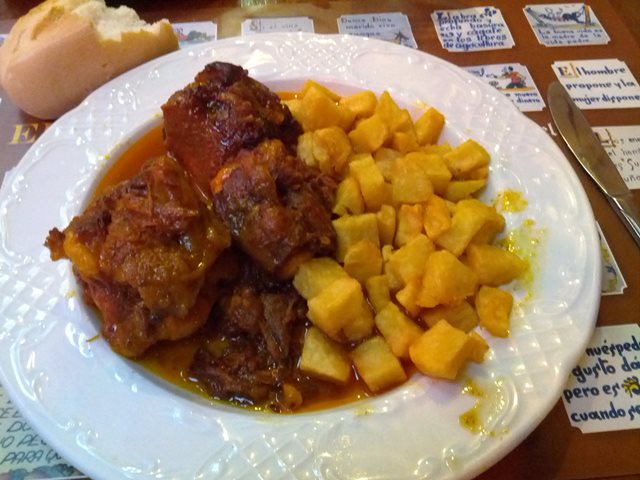 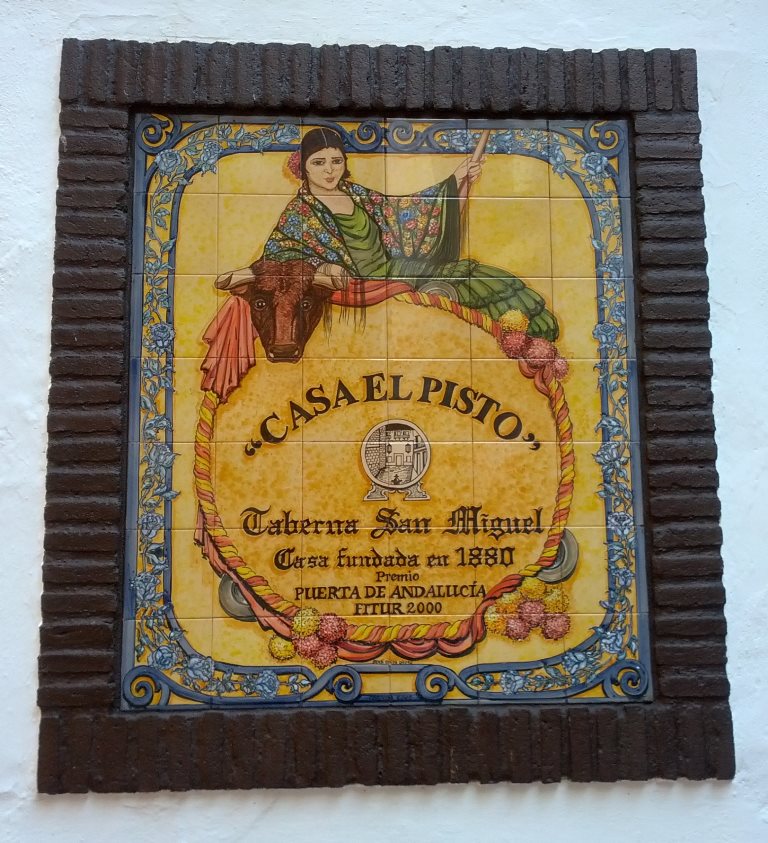 I love their business card designs! 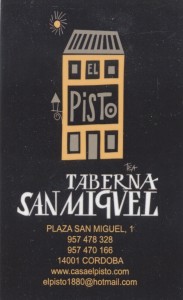 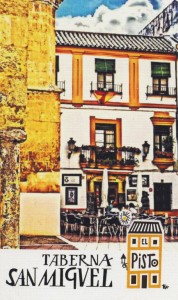 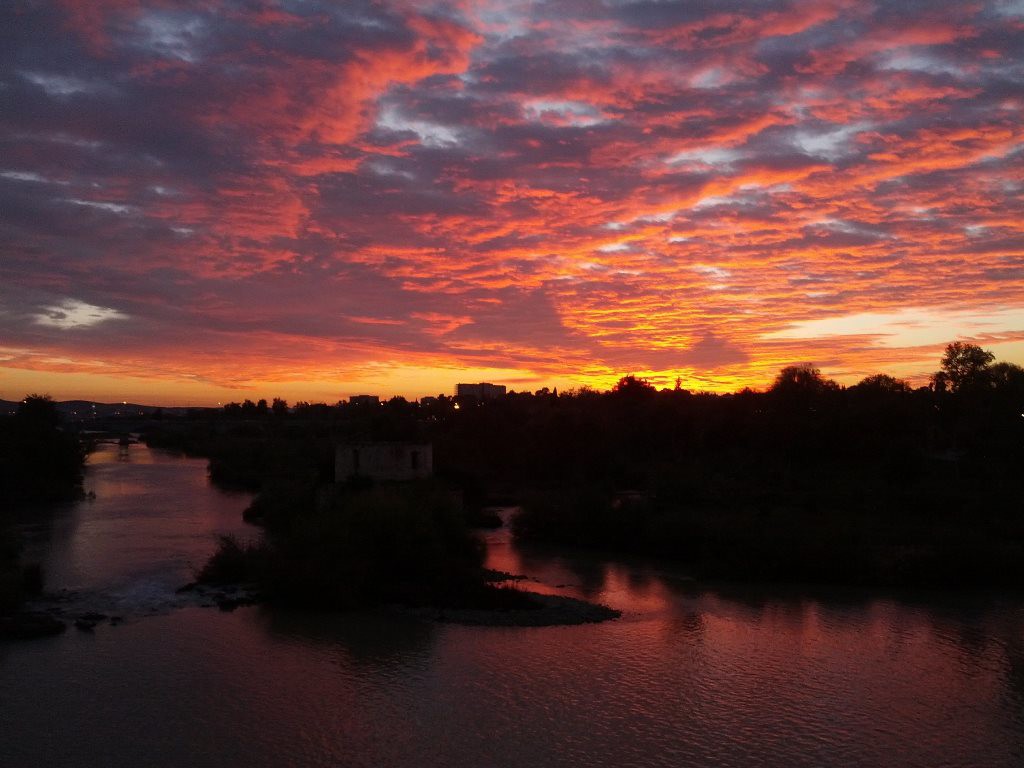 Sunset on the Guadalquivir River at the end of my wonderful day in Córdoba – photo by Dean Curtis, 2014